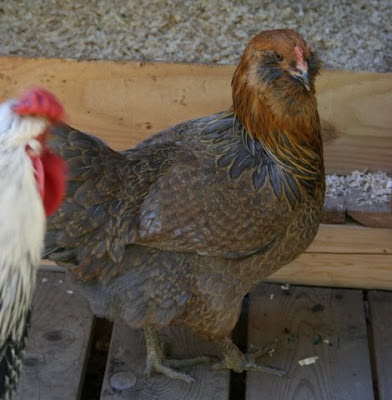 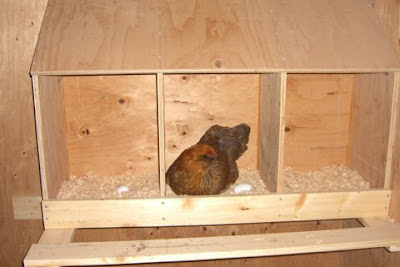 The last few mornings, I have opened up the coop to find this: 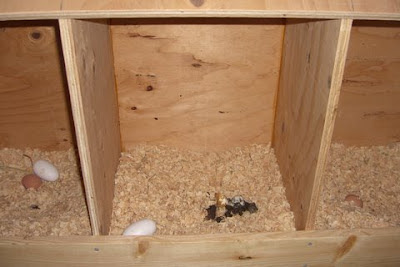 Now, I'm not trying to gross you out or anything, but...well, it's just gross: 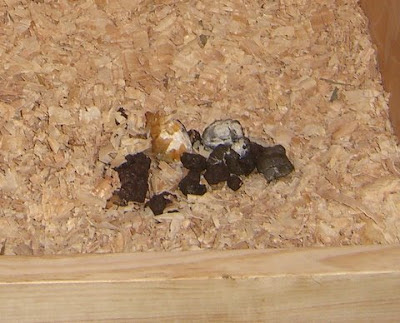 Nest boxes are for pretty eggs. This is a filthy habit and one that must be broken.

The first time I ever saw her climb into the box at night, I thought, "Hmmm...a bit late in the day, but (!) hooray (!), she's finally thinking about laying her first egg". Once I realized all she was going to lay was poop, though, I decided to take action.

I figured last night was as good a time as any to being trying to dissuade Sparrow from sleeping in the next box.
So when dusk fell and she jumped in: 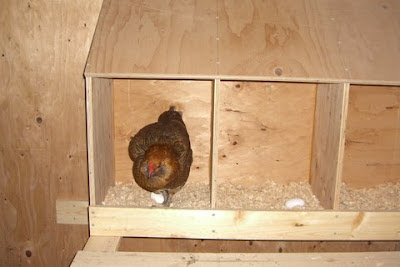 I reached in, took her back out and put her on the roost with the other chickens: 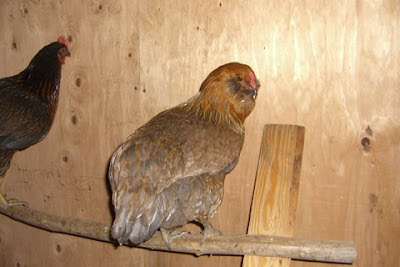 She wasn't happy about it and did a bit of Dot-wall-staring for a moment: 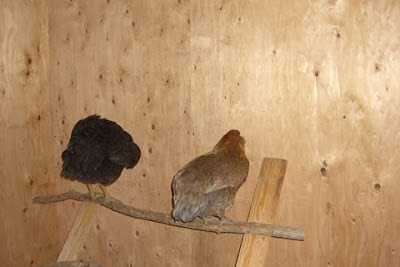 ...then quickly proceeded back onto the nest box platform: 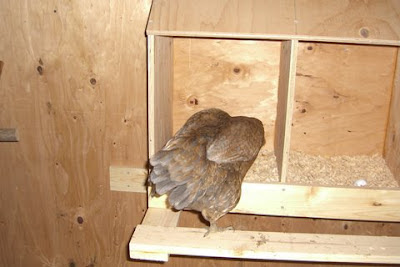 The left box is clearly her favorite: 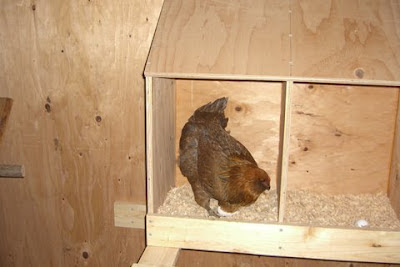 But I was going to be a consistent parent. Back to the roost with her: 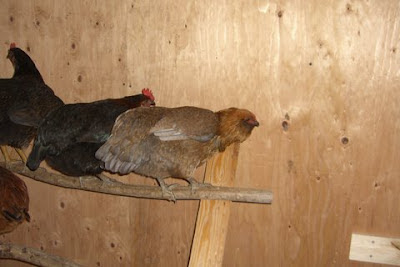 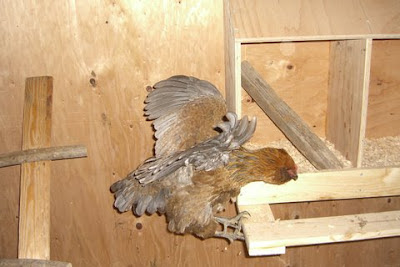 Ha! Now what are you going to do, Sparrow. Something's blocking your way into that box. This is why humans are smarter than chickens: 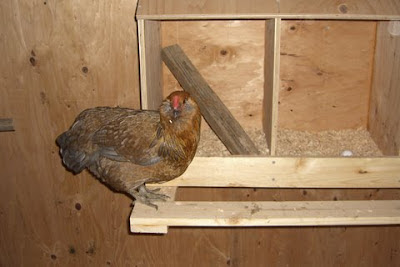 Oh. I guess I should have put something in to block the other boxes, too: 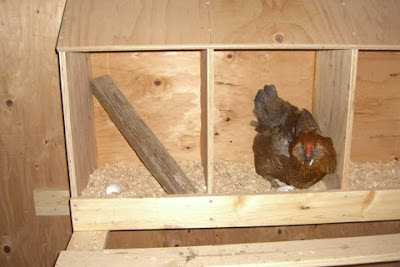 Back to the roost with her: 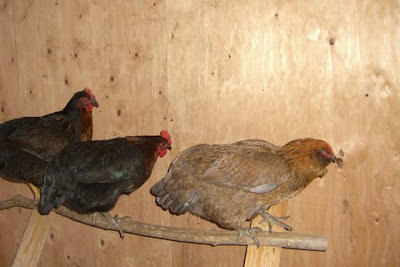 Over she comes again: 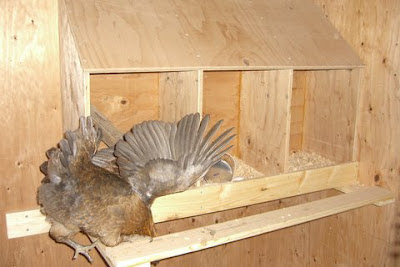 At this moment, it's possible she's thinking "Oh, my HELL, what is UP with this woman...?" 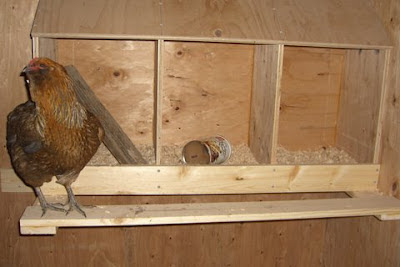 She received absolutely NO support from the 8 chickens fighting over roosting rights on a 2 1/2' branch: 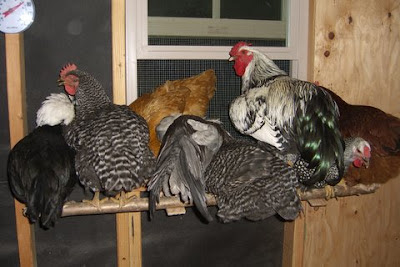 So she continued on down the perch, investigating each box's obstruction. She was no doubt mentally measuring whether she might actually fit into one of the nest boxes WITH a foreign object. She's a smart one, that Sparrow: 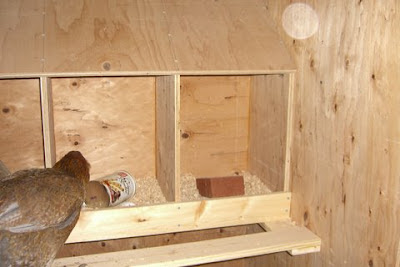 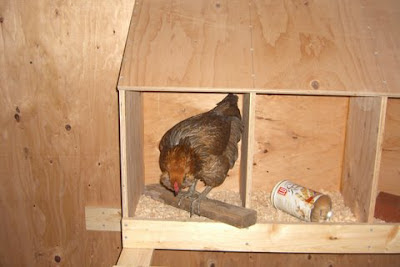 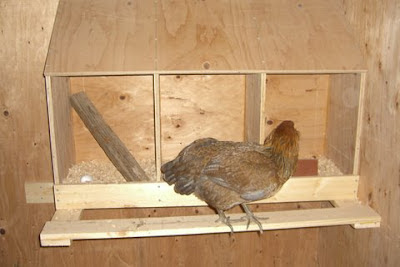 With all of her box options exhausted, she ultimately tried to perch for the night on the nest box perch: But no. Ms. Consistent (me) placed her gently (again) on the roost with the other girls. She was last seen, pouting on the second perch from the top, muttering quietly to herself: 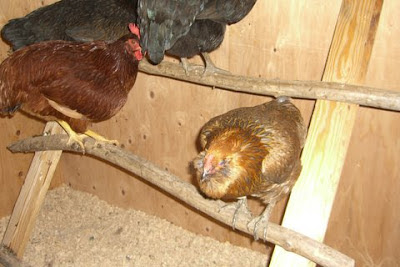 This morning, there was no poop in any of the nest boxes.
Will we have to go through this again tonight? I'll let you know.
Posted by Danni at 7:38 PM