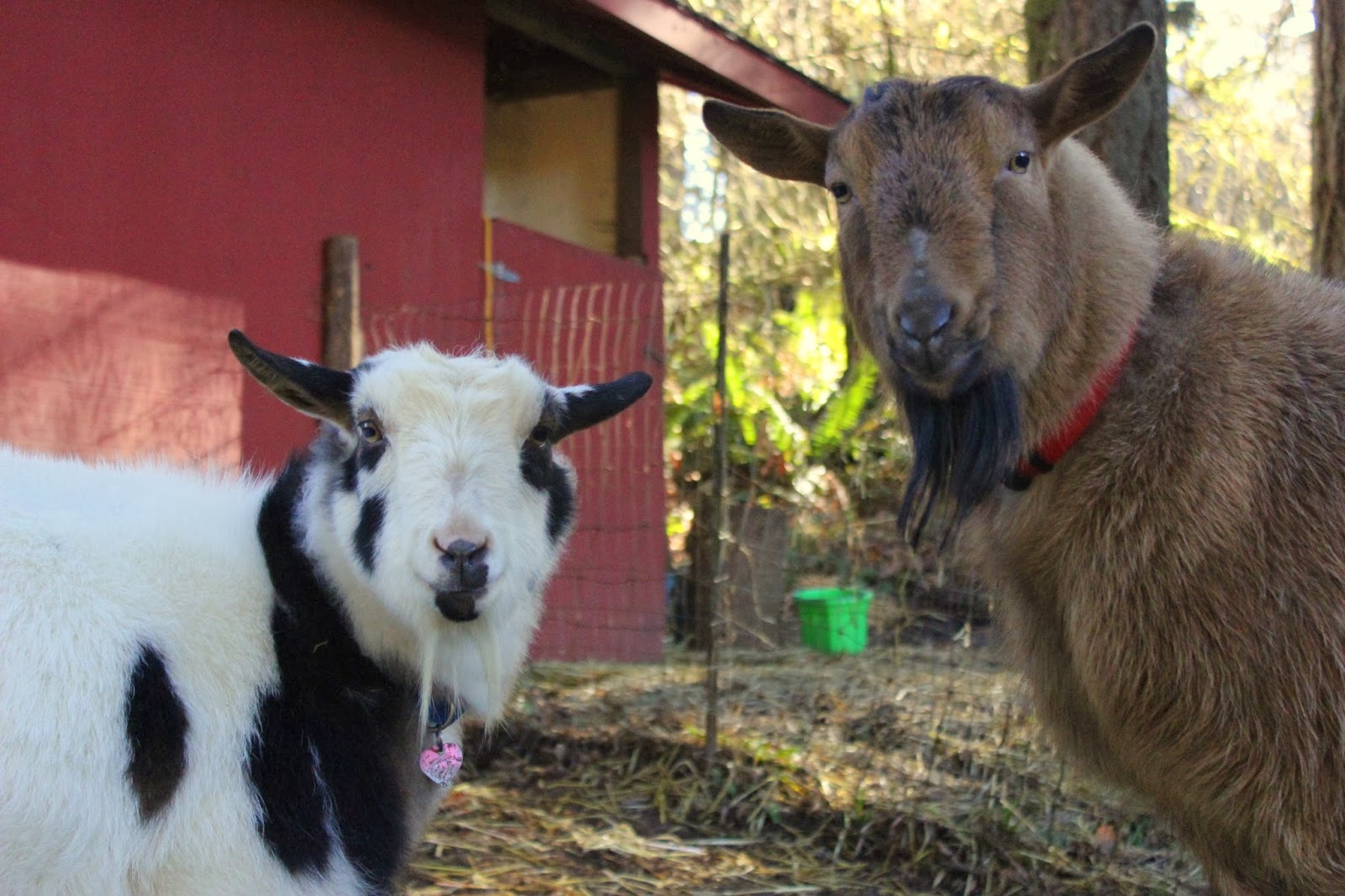 "Hey, Boys!  Come here a second and see what we're going to do!" 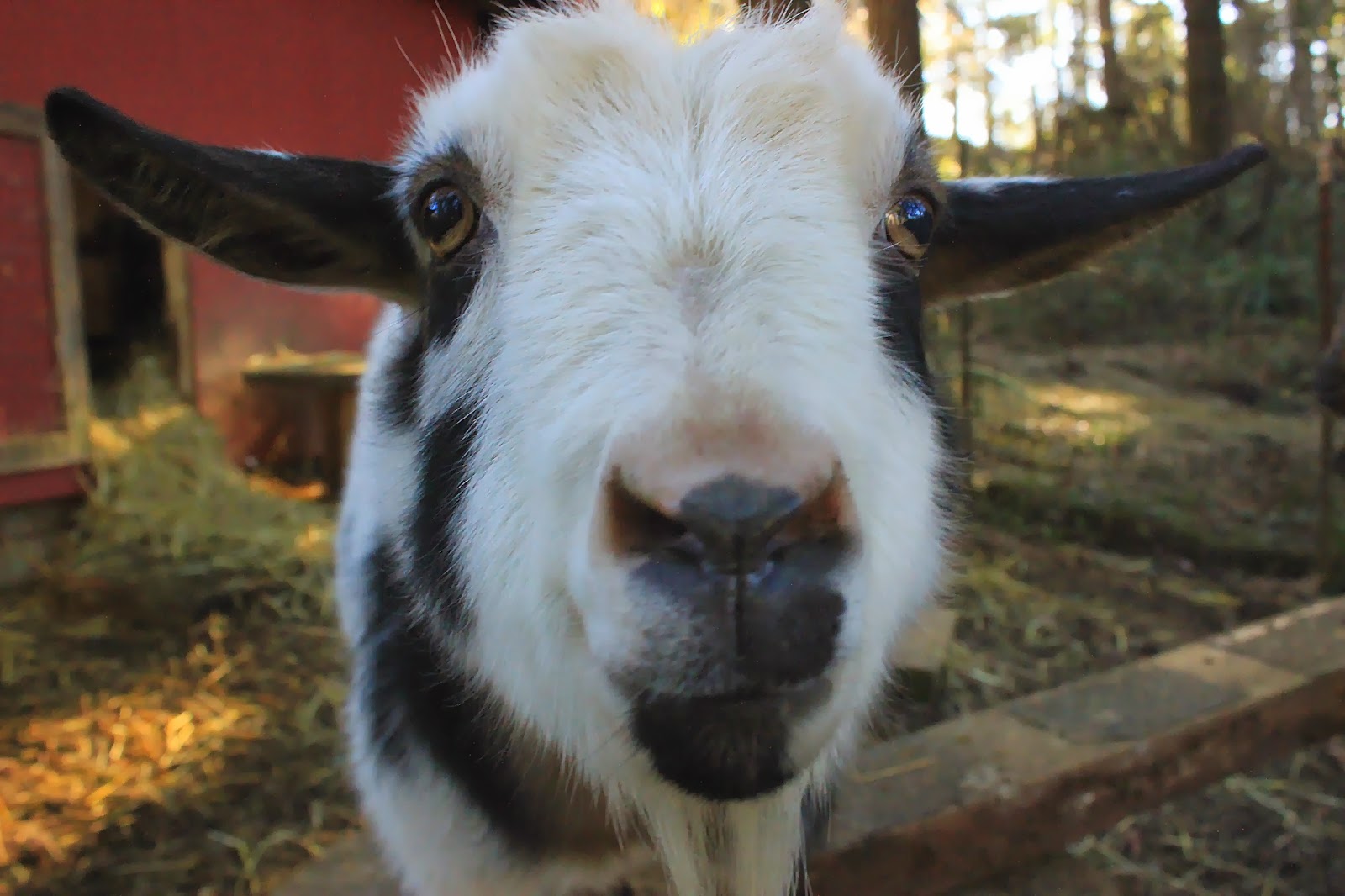 Reggie: "What? What?! Are we going for a walk?  Did you bring us goat cookies? Are we off to the pasture with Kai llama?  Do you have carrot coins??" 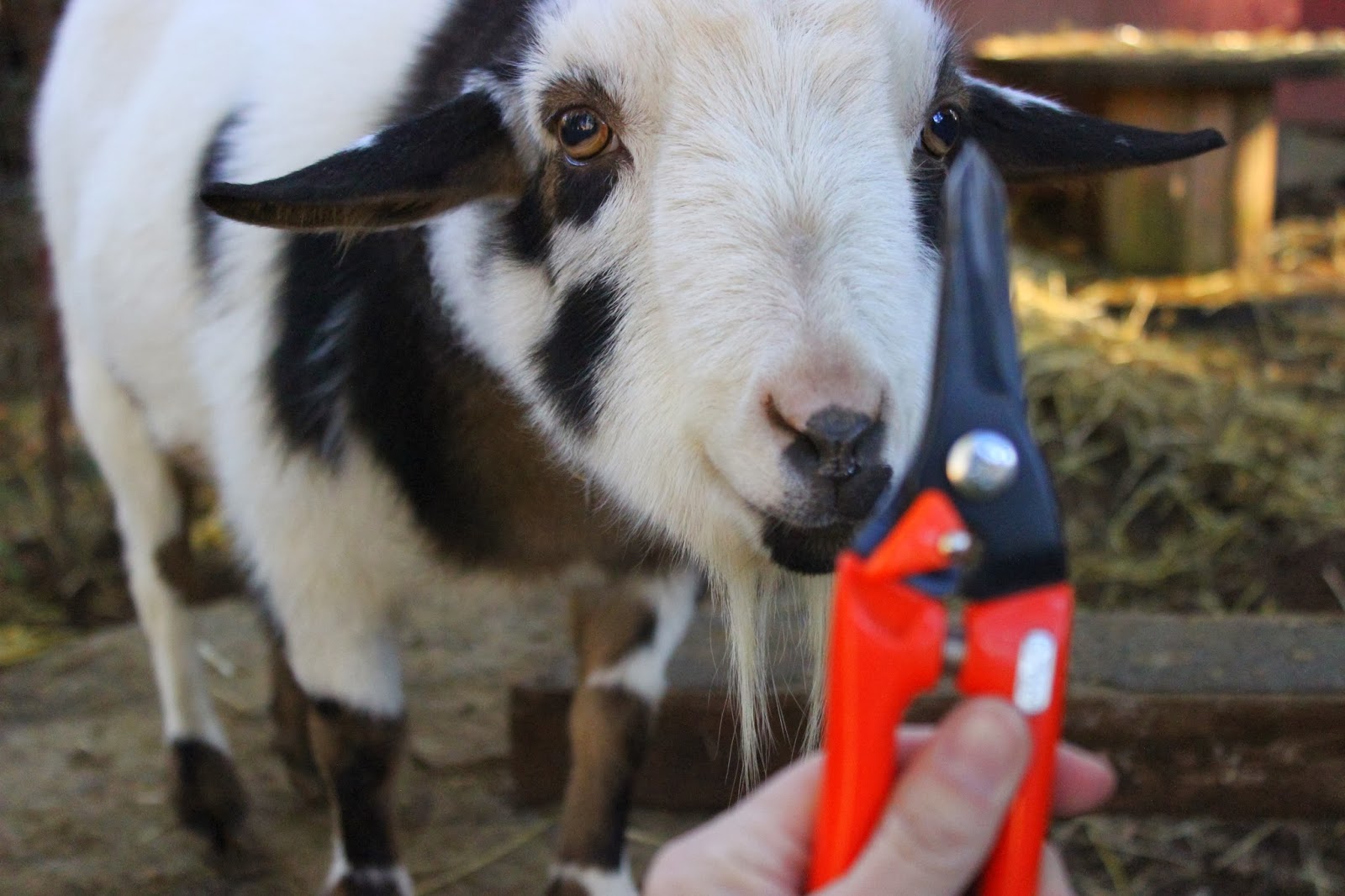 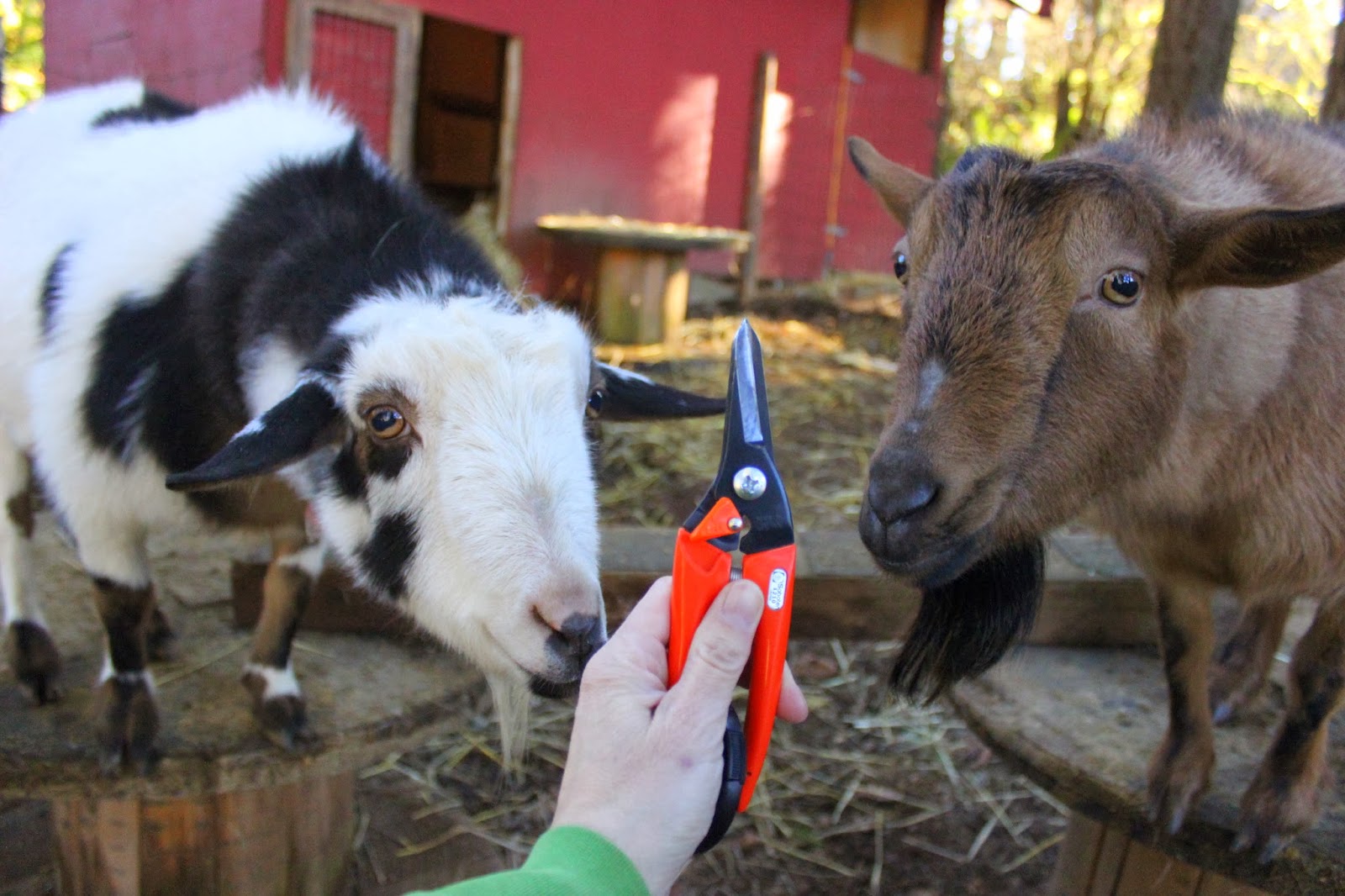 Me: "I've brought the clippers. It's time for your hooves to be trimmed." 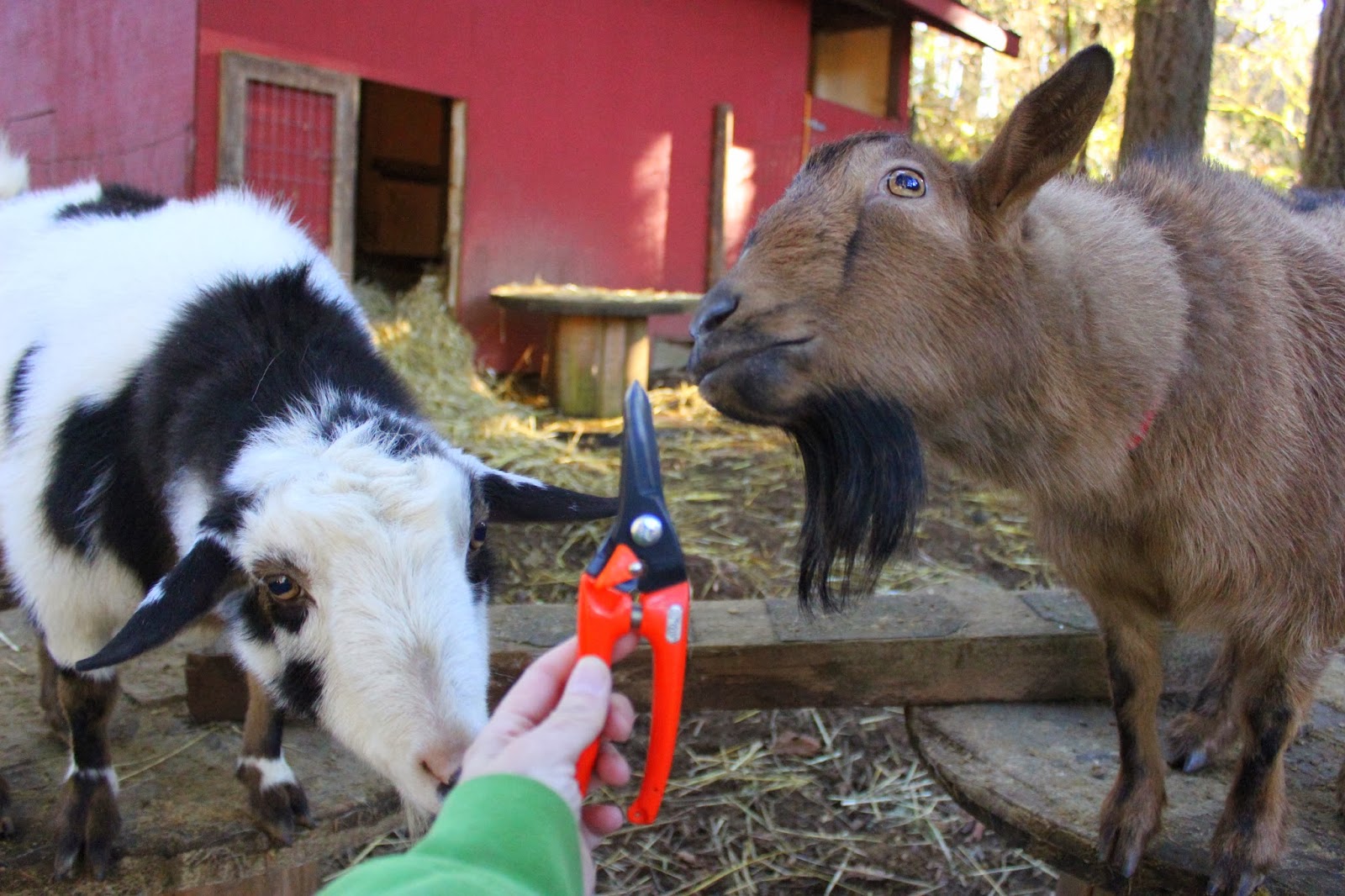 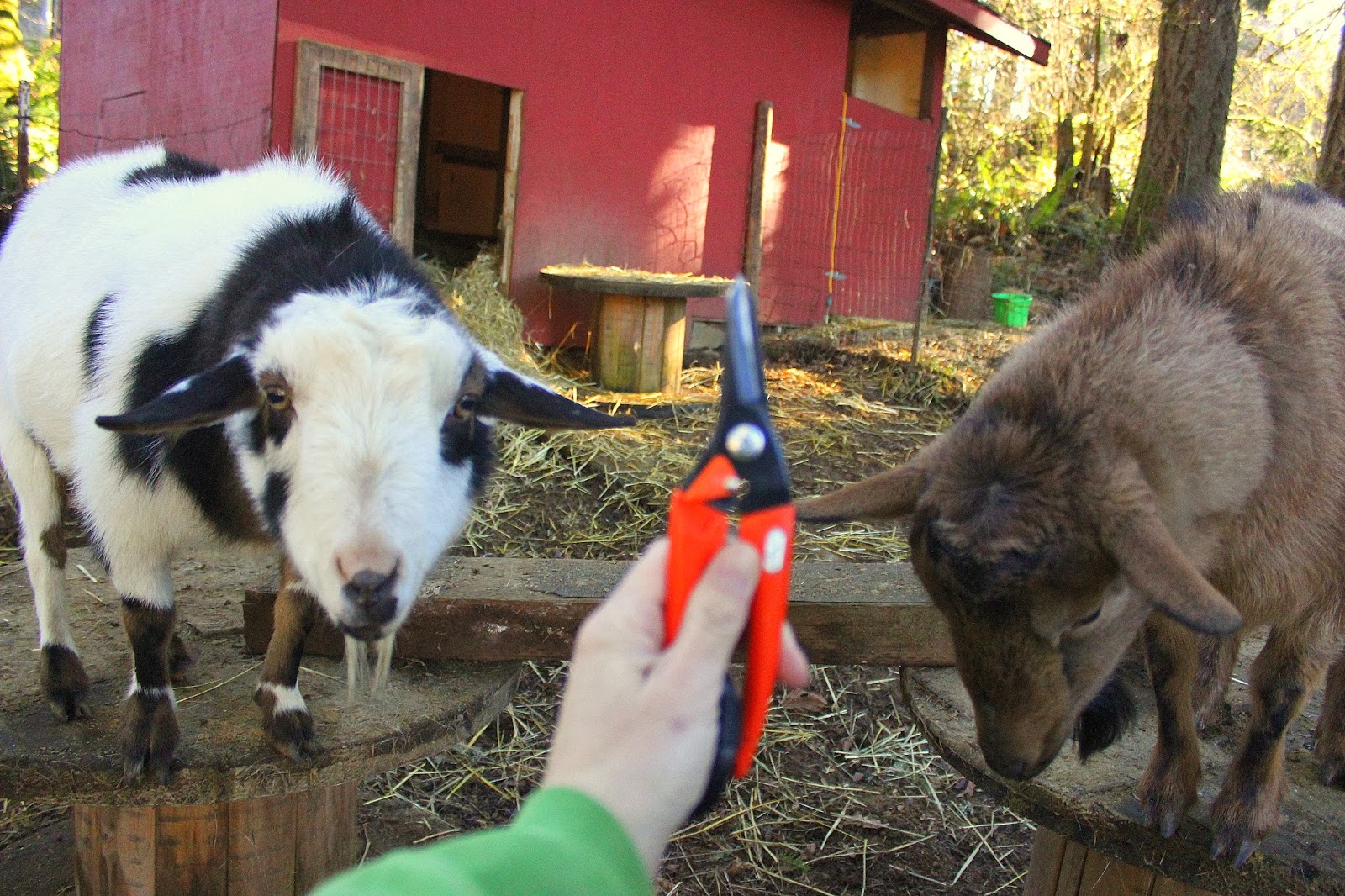 It was so much easier when they were tiny.  They would fall asleep in my lap while I trimmed their feet.  Now, at almost four years old, it's quite the wrestling match to do their toes.  There is a great deal of kicking and fussing and attempts at running away.

But don't worry.  I prevailed and there were plenty of peanuts and at least one banana peel presented at the conclusion of the mayhem pedicure.  Pretty feet reign again at the goat house.
Posted by Danni at 5:30 PM 16 comments:

It's still winter, but I can smell spring

Hi.
I'm Danni, the blogger who hasn't blogged since May 31st, 2012 - give or take about 607 days ago.  It feels like it has been a lifetime and, in many ways, it has been.
But I'd like to not focus on all that for the moment.
Instead, if I may, I'd like to think of this as a "Spring is Coming" post and insert a few current pictures from Critter Farm....not just because re-introductions can be hard, but also because picture taking (and picture sharing) makes me happy.