Do you think three are too many? 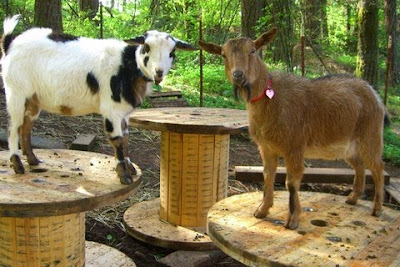 Well, I couldn't stand the sight of Reggie lording it over Pete on the one new wooden spool I brought home last week so, on Tuesday, I went back to my new friend, Gary, at the Verizon transfer station and picked up the two remaining spools there.

First, though, they had to remove some leftover cabling off of one. The man on the right is Gary. I don't know the man on the left but he seemed to have heard about me. He asked me whether I had brought cookies again: 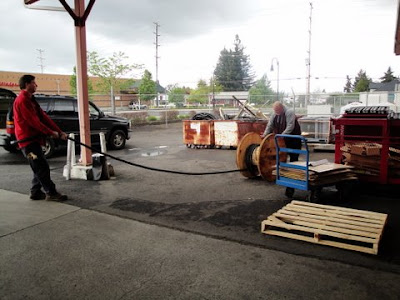 Hating to disappoint and rather embarrassed, I told him that this time I had only brought a cashew bar and a cream soda for Gary, but that I'd be sure to remember him "the next time". Fortunately for me, he was still willing to help load the spool into my truck: 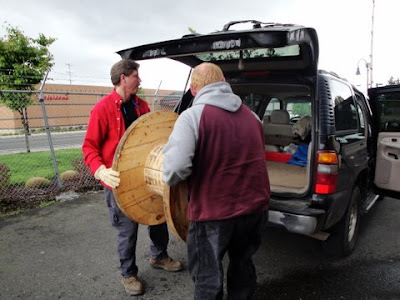 Both boys couldn't have been happier that Jim and I had hoisted yet more interesting items into their run and exchanged a look of goat glee: 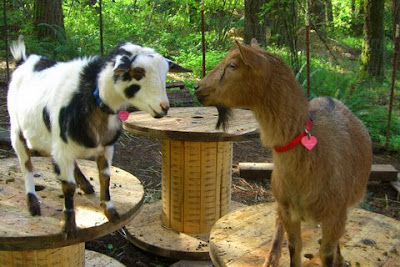 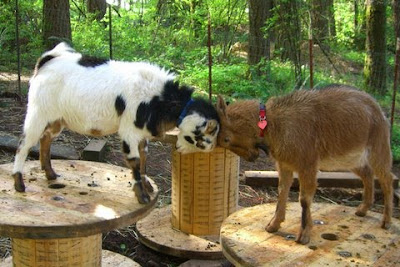 ...but now that there are three spools, this conversation became unimportant and focus quickly shifted to asking me why I wasn't giving them any carrot coins: 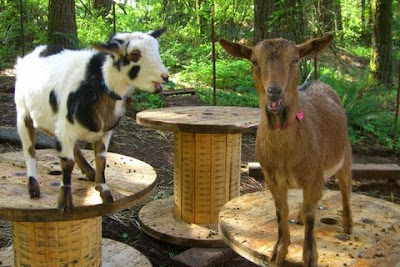 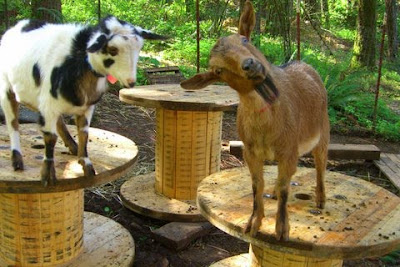 They've become quite good at the silent stare-down, too: 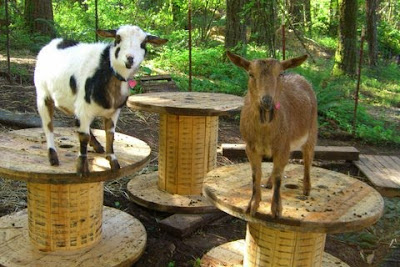 By the way, are you noticing Pete's beard? It has taken on a definite Fu Manchu appearance, wouldn't you say?: 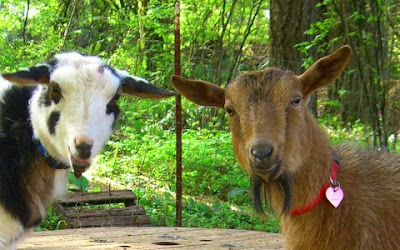 When it became clear that no carrot coins were immediately forthcoming, the activity changed to spool jumping: 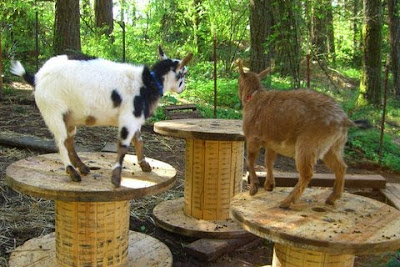 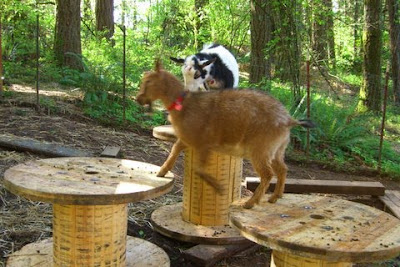 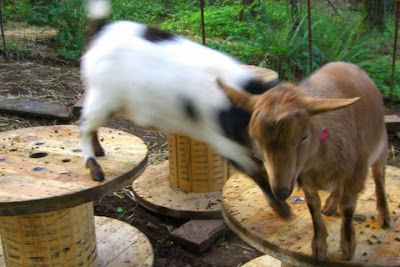 Fun for a bit, but Pete soon decided a snack was more interesting and went back into the goat house: 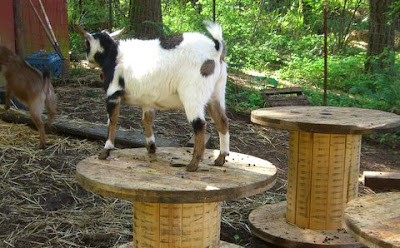 ...leaving Reggie, again, alone and happy on top of a new spool: 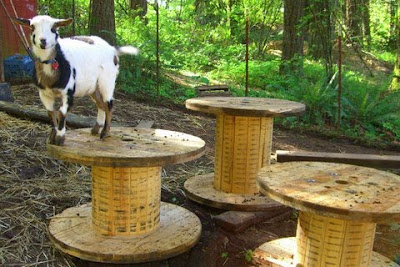 These boys now have so many climbing options, their little run is looking, well, little. I see a goat run expansion project (GREP) moving to the top of my spring to-do list. Don't tell my husband - he gets nervous when I start talking about new fencing. :-)


Thank you for the many suggestions I received recommending that I cover the holes on the tops of the spools for goat-safety-sake. I will be doing this a.s.a.p., as well as attaching some of our roofing shingles to the tops to give the boys some traction. I did this for their old platform and walkway and it works great. It is so wet here in the winter and spring, all the surfaces tend to quickly become mossy and slick as ice.
Posted by Danni at 3:00 AM