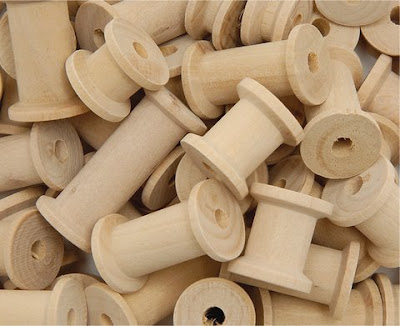 I have been obsessed with finding wooden spools for a while now. Not the small ones, though. I want the big kind. 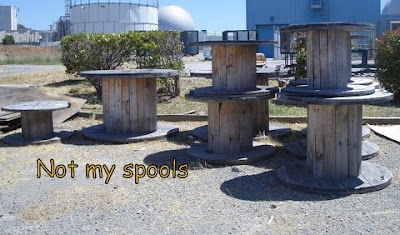 I have been on a quest to find giant wooden spools for my goat boys, Pete and Reggie, for almost as long as the goat boys have lived with me. I have seen so many cute pictures of goats climbing, jumping and wrestling on these spools, but I've had a very difficult time finding one of our own.

About a week ago, driving home, I passed by a neighbor's house about a mile away and saw this: 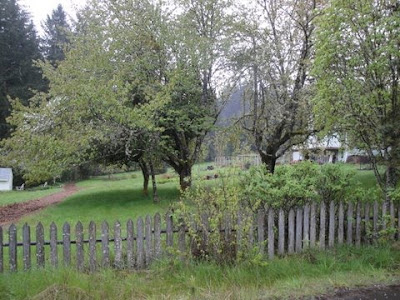 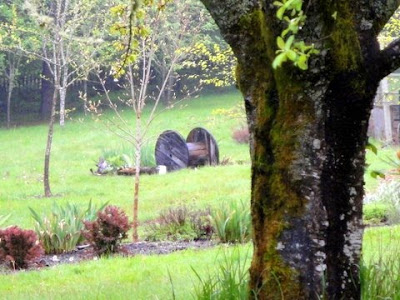 Not being the shy sort, I stopped and left a note on their (locked and chained - this is the country, after all) gate inquiring about their spool. I left my number and hoped they would call. A few days later, they did. The very nice man recommended that I try hardware stores (done - no luck), the electric company (done - they never called back), oh and the Verizon transfer station a couple of towns over.

That was definitely worth a try. I drove there the next day, inquired within and, while they didn't have any at the time, "Gary" told me he would keep his eye open and give me a call.

Riiiiiiight. I'd heard that before.

True to his word, though, about five days ago, Gary (my new best friend) called and said "come and get 'em".

As I drove by, I could see them. They looked perfect: 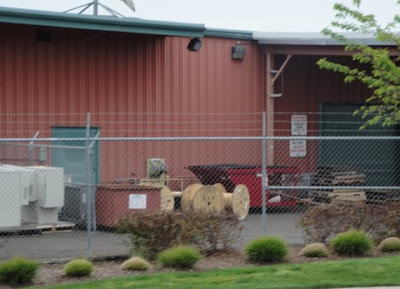 Ahhhhh...just what I've been looking for: 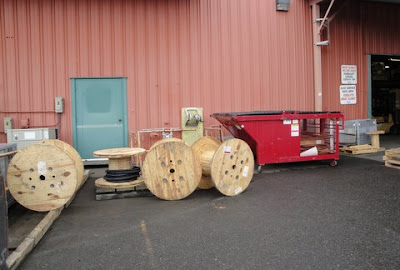 Gary couldn't have done a better job - they're the perfect size for Nigerian Dwarf goats: 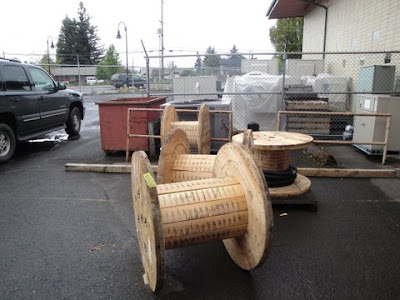 They fit perfectly into the back of my truck. My car smelled like fresh wood all the way home: 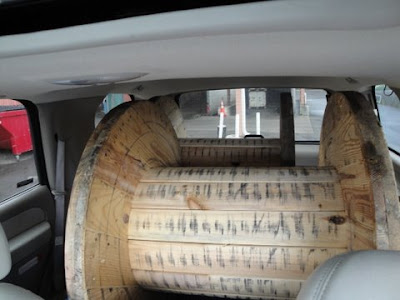 Only one of these spools will be staying on Critter Farm. The other spool is promised to a friend who is tickled pink she scored a spool so easily. (chuckle)

The boys loved it from the first moment they saw it and knew exactly what it was meant for: 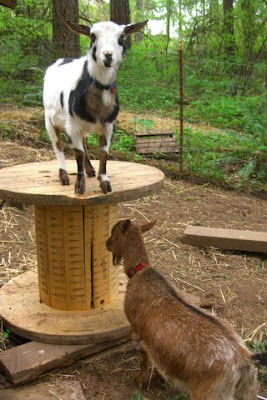 They have definitely outgrown their first climbing platform, an old dog house with no roof that has been tilted on its side. Frankly, that thing is on its last leg, and will probably collapse soon: 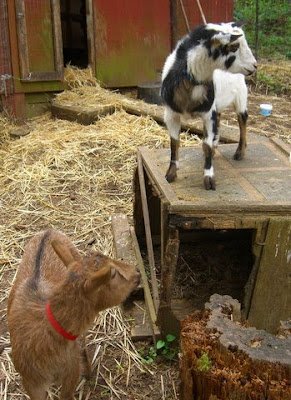 See Pete on the spool? This is a rarity: 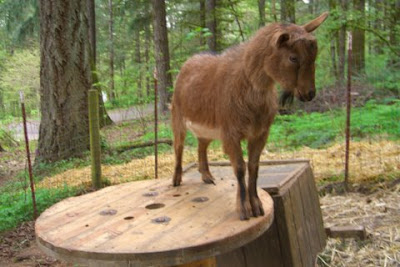 Reggie is quite the bully and he constantly "fights" Pete over who gets to be on top: 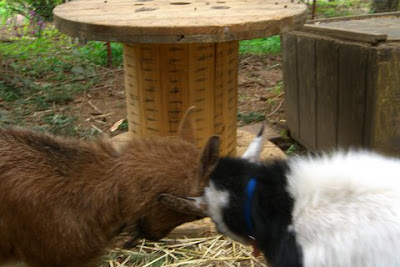 Reggie, nine times out of ten, wins the coveted position: 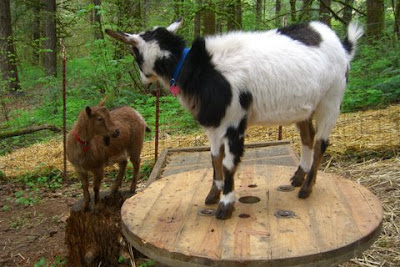 ...leaving Pete to wander dejectedly off to the stupid balance beam (what used to be the "cool" toy): 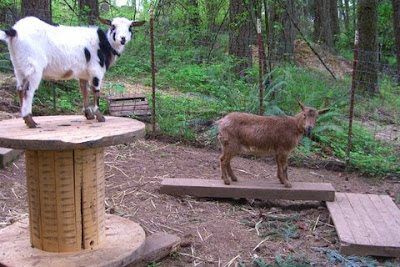 I definitely need to call my new pal, Gary, and get another spool.
Posted by Danni at 7:49 PM