They've created a new month for us here in Oregon. It's called Augtober. This is what the weather people are calling it on the NW Oregon news. Practically overnight, we've gone from record highs surpassing 100 degrees to temperatures in the 40's and 50's at night and only low 60's during the day. After not having had rain for over a month, we've been hit hard with a series of storms that have us shaking our heads.

First we had crazy thunder and lightning: 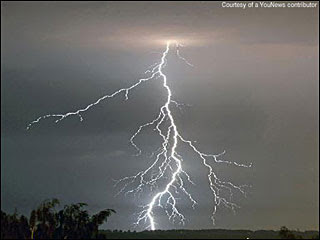 I say it was crazy because our part of the state rarely has thunderstorm activity, so this was big news for us:

After I read the online news about staying in my house or car, I went outside and dug potatoes, snipped basil, picked a few beans: 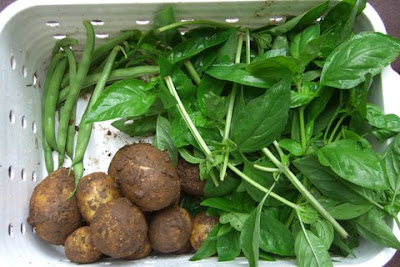 gathered a couple handfuls of blueberries: 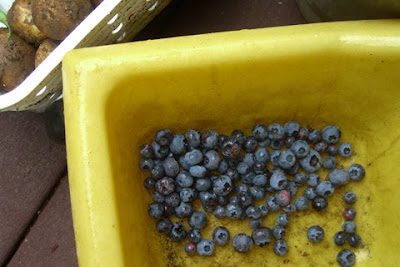 and (literally) a bucketful of shelling peas: 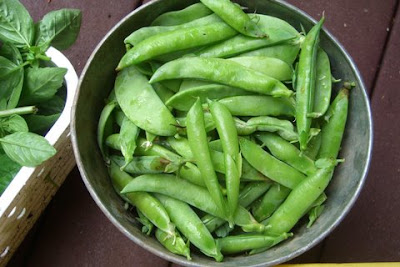 Ha, ha! I laugh in the face of storm danger! (Probably not very smart of me.)

The exciting thunder and lightening activity has since ceased, however the rain has picked up. We're getting lots of it. This is what I woke up to this morning:

The donkeys are not happy: 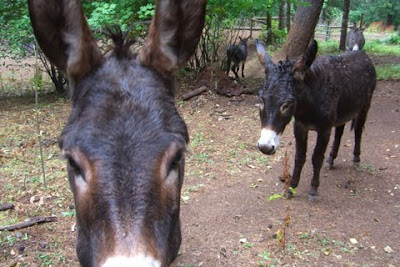 They tend to get these cute little hair spikes up top when it has rained on their heads: 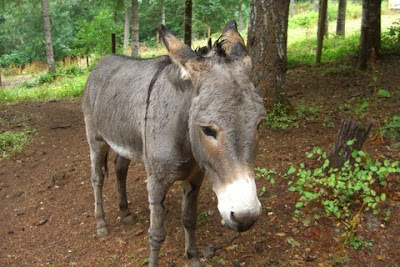 This seems to just make them grumpier.

The forecast says it's supposed to clear up and be in the 90's again by the weekend. As dusk fell, the sun peeked through the clouds just before it went behind the mountain range: 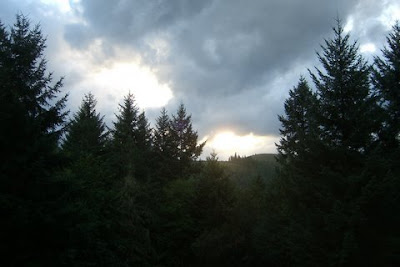