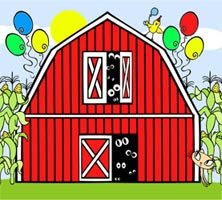 As I was coming down the stairs from watching the opening ceremonies of the Olympic games late last night, Jim met me halfway with a startling message.

"The donkeys are in the barn, did you put them in there?" "No...." I say, "They should be out in the pasture." "Well," Jim says, "somebody has played a prank then, because the donkeys are all wandering around inside the barn."

Normally, it wouldn't be unusual for donkeys to be in the barn, however, since the weather has been nice, the donkeys have been spending their nights outside under the trees. It has been weeks since they stayed overnight in the barn. Their evening routine currently is: eat dinner hay outside the barn, have a quick drink from the stock tank, enjoy a couple licks on the mineral blocks, and head down the hill into the woods for their nighttime snooze.

Last night, though, was different. Jim went outside to look at the stars and heard a clanking up at the barn. Thinking raccoons were causing mischief, he shined his flashlight up the hill and 5 pairs of reflective donkey eyes shone back at him.

We (my son, Aidan, Jim and I) raced up to the barn, flashlights in hand, anxious to assess the situation, confirm the donkeys were safe, and make sure they hadn't gotten into anything dangerous.

Fortunately, it appears that no prank was played. There were a number of (approved) visitors to the barn during the day yesterday and it seems that someone forgot to latch the gate between paddock and barn entry: 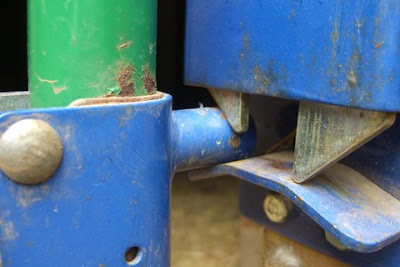 The donkeys just pushed the gate open and walked in.

Unfortunately, the barn was a mess. Donkey dung was dropped and stomped throughout.

Fortunately, it appears they had a really good time. The tarp was pulled off the hay bale: 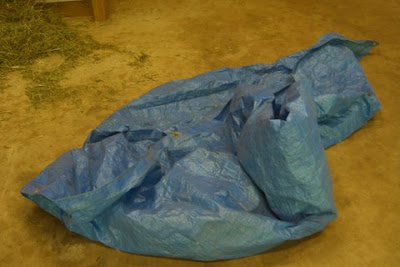 and they had had quite a feast: 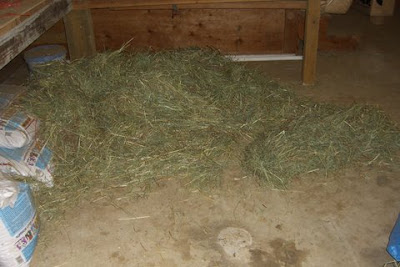 The old milk crates I use to prop open the stall doors for ventilation were thrown about the place (notice the fly spray bottle in the background): 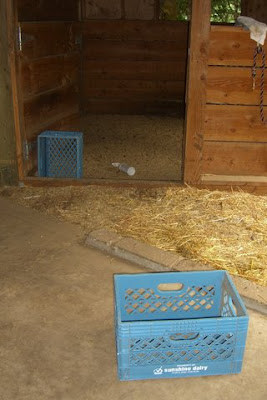 The hose holder was carried from outside the paddock and dropped, about 20 feet away, in the middle stall: 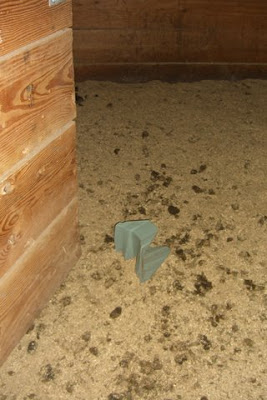 One of their halters was pulled off its hook and dropped on the middle of the barn floor: 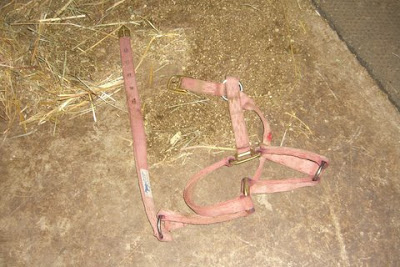 Curry brush and fly spray sponge were nosed carelessly to the ground: 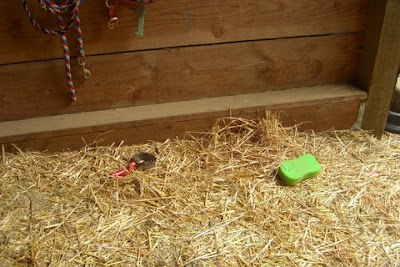 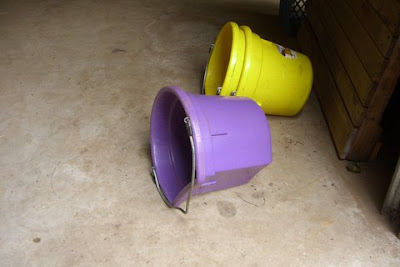 Despite their great fun, the donkeys fortunately did themselves no harm, even though there were set mousetraps scattered around the floor and loose screws and plastic bags on the shelves within easy reach of their mouths: 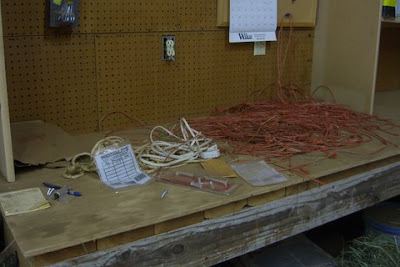 The next morning, everyone behaved like nothing unusual had gone on the night before: 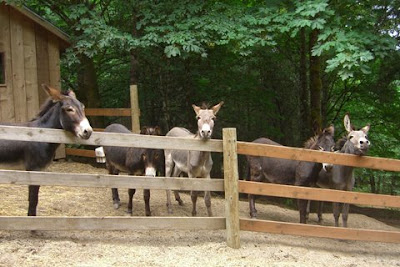 Who would ever guess that these are the faces of late night party animals?: 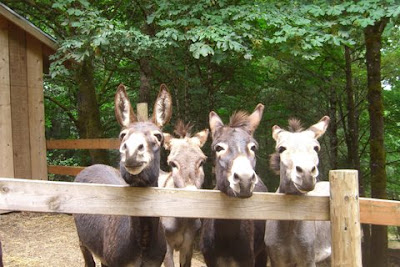