Spitting as a form of communication, part 2

-or- There's this really bad taste in my mouth 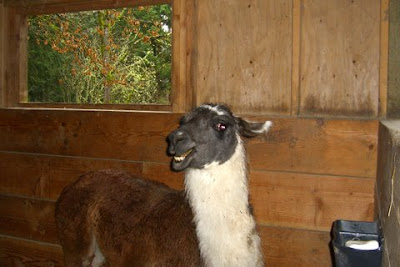 (You can read part 1 by clicking: here)

What I failed to mention in my post last week on llama spitting is that my donkeys are not the sole targets of the llamas' projectile spitooey ( <--I made that word up). The spitting and the intricate non-verbal body gestures that go on prior to every spitting event is a very complex method of llama communication. 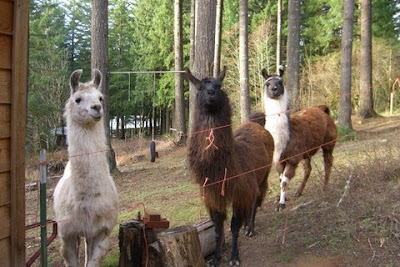 The three llama girls use it daily amongst themselves, not just to warn but also to redirect each other. 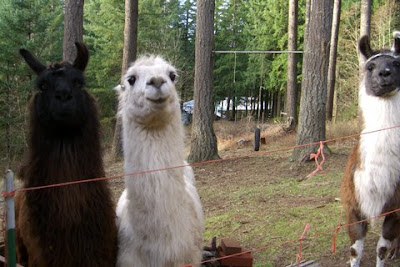 Most of the time, I'm fairly certain the llama ladies don't want to spit. The threats that lead up to the spitting are really about trying to get someone to IMMEDIATELY STOP doing what they're doing. (And if you don't stop, well, you get what you deserve.)

Uh oh. See how Kai's and Dolly's heads are tilted up? Things are looking serious - they have irritated each other: 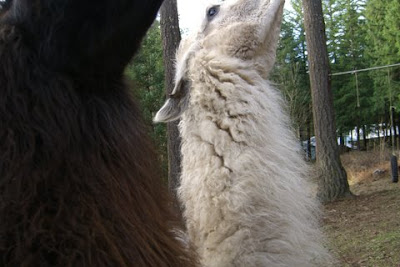 Kai decides to avert her eyes so Dolly won't spit. Dolly's mouth is pursed and ready to fire: 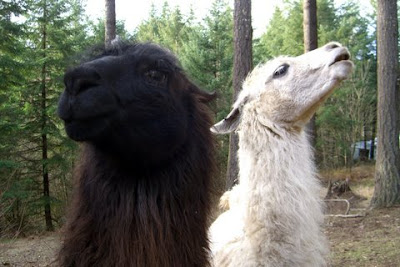 It doesn't always come to spitting, though. I've seen the llamas with their heads straight up for minutes at a time as each of them tries to assess whether the other one is going to spit or stand down.

Suddenly, in a bold change of strategy, Kai turns and gives Dolly a side facial spit: 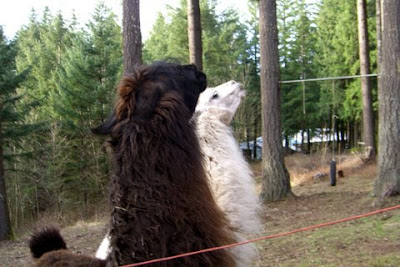 What's not immediately obvious in this photo: 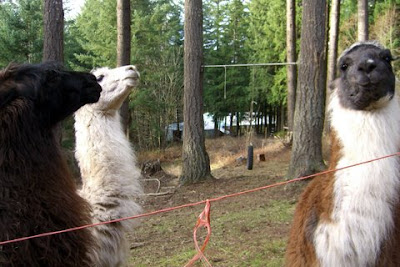 ...is that as Kai spat at Dolly, Dolly gave it to Toni and Toni returned the gesture. All three of them just gave it to each other. A classic three-way spit-off.
How do I know? See the lower teeth? Normally these don't show: 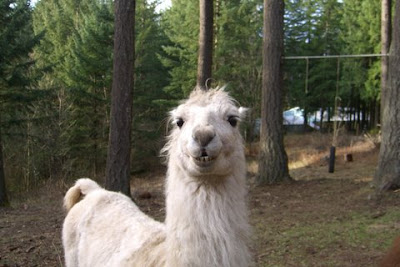 The taste left over from an angry spitting is apparently so foul, time is required afterwards to "air out the mouth": 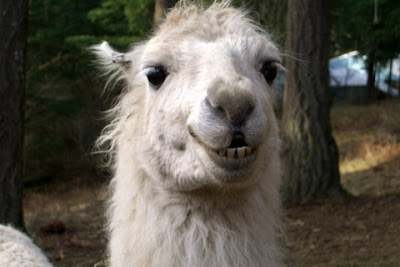 I try to help out by providing some carrot coin relief: 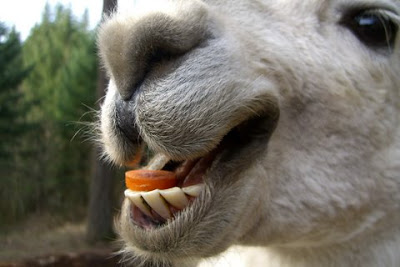 Poor Dolly. She really loves her carrot coins. But she can't eat it, because the taste in her mouth is so nasty: 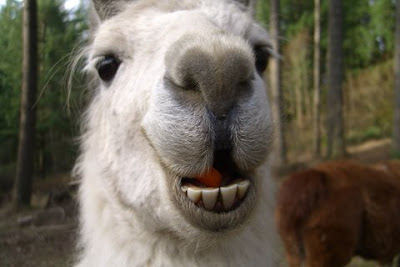 So she just holds it there...: 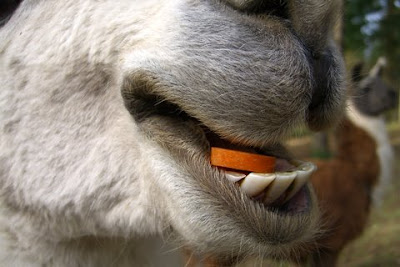 ...waiting for the mouth nastiness to dissipate: 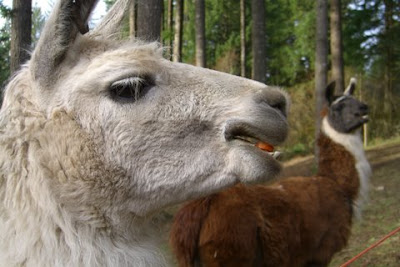 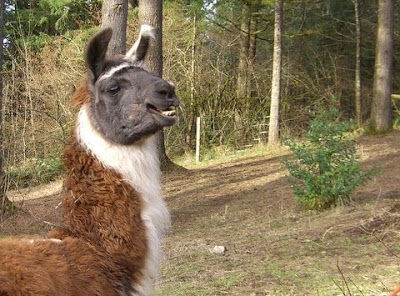 Kai is a bit more subtle about the whole thing. Her mouth isn't hanging open any more and she confidently approaches me: 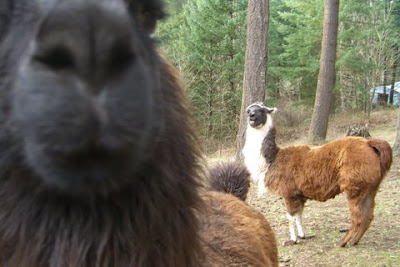 But that carrot is still not getting swallowed. Not just yet, anyway: 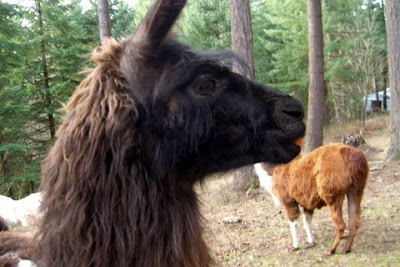 Toni, you actually look like you're laughing about this whole thing. Are you? 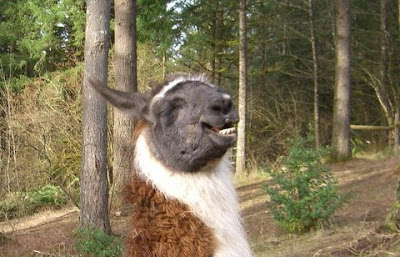 Ready to give a carrot coin a shot? 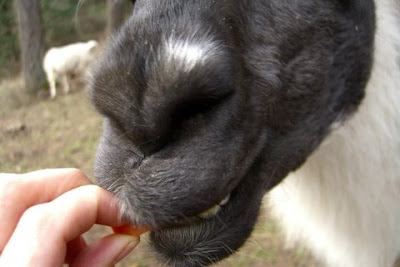 Just going to hold it there for a while, huh? I totally understand: 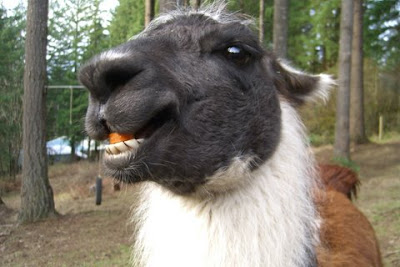 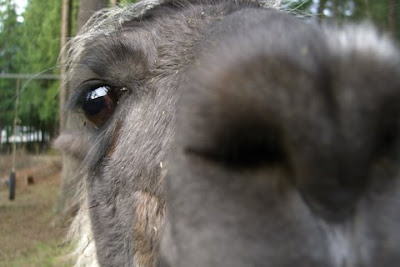 Nasty stuff, this llama spit!
Posted by Danni at 5:45 PM