Spitting as a form of communication, part 1

-or- Becoming fluent in another language 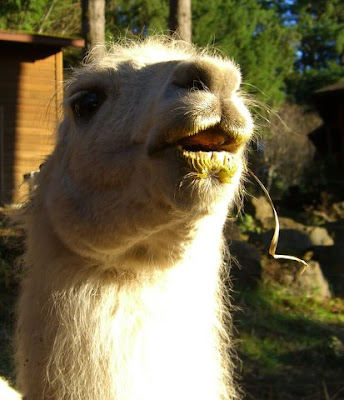 Everyone knows the reputation llamas have for spitting, right? I had certainly heard about it before I got my three llama girls, but I'd never really seen it happen. Now, it's pretty much an every day occurrence here on the farm.

I've posted before about poor Chester getting a faceful: 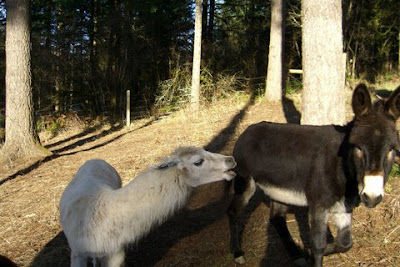 That boy just seems to have a way of pushing those girls that no one else does: 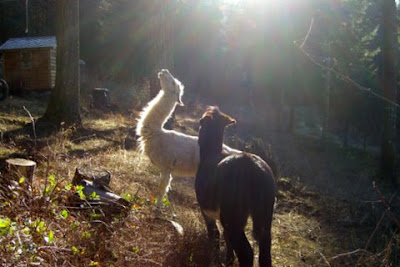 In the llamas' defense, though, they do usually give the offending party very clear warning signs prior to the actual event. It all starts with "the glare": 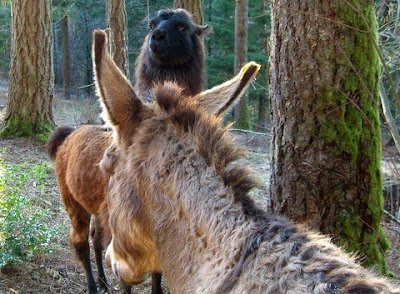 It's really quite important to recognize "the glare": 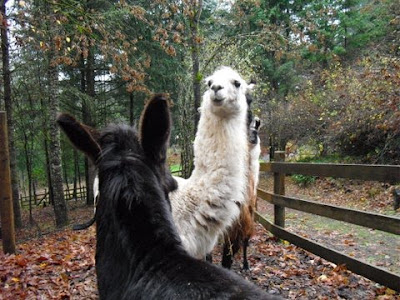 If you think maybe you see "the glare", check the ears. If the angry look is accompanied with ears flat against their heads, then it's time to pay attention: 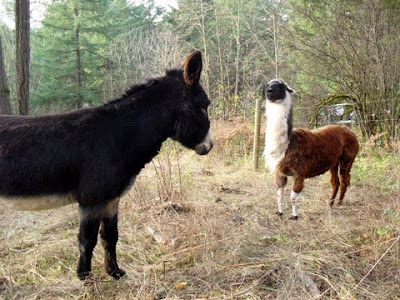 If the offending party chooses to ignore the glaring message, phase two is engaged. Heads go straight up: 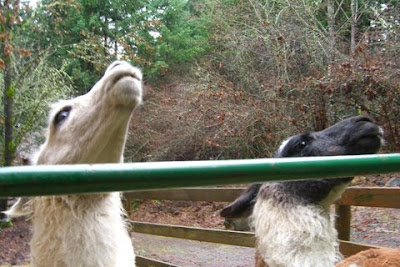 Even now it is still usually possible to avoid the spit. Turning away and avoiding eye contact can sometimes diffuse the situation. If avoidance maneuvers aren't immediately taken however, those pursed lips will send a spray of spittle that most individuals will never want to experience a second time: 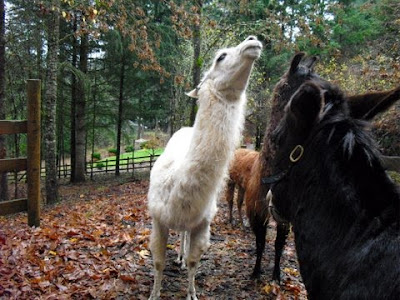 I, myself, have received the spit treatment just once since I've been a llama mama. It was pretty yucky and it was immediately following this picture: 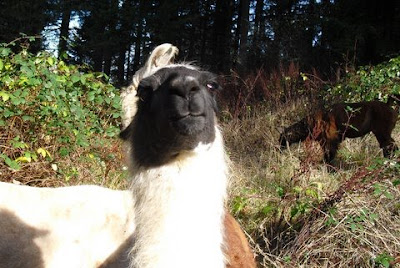 I am very fluent in "the glare" now.

Chester, who doesn't seem to have the sense not to tease the llamas, has at least learned to turn his head at the precise moment pre-spit so it doesn't go into his eyes: 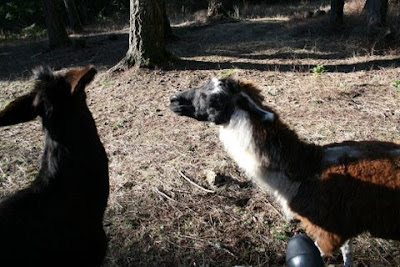 Poor Beau, though, is still learning. He got it smack dab on the forehead the other day: 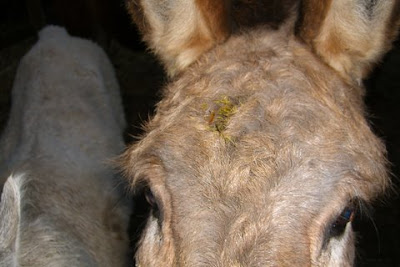 Fortunately for all of us, usually what comes out of their mouths is a wet spray...spittle mixed with a few grass and hay bits, perhaps with a peppering of carrot pieces. Sometimes, though, when they're really peeved, the really nasty green slime makes an appearance: 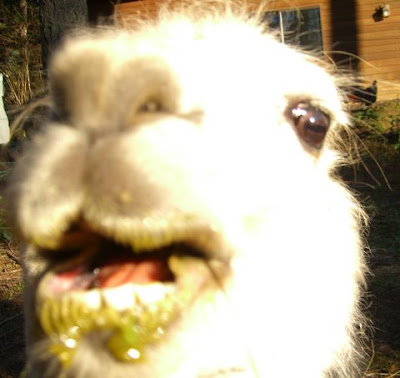 While I don't have a photo of the actual event, only the slimy mouth of the spitter, can you guess who the recipient of the nasty green stuff was? Go ahead, just guess: 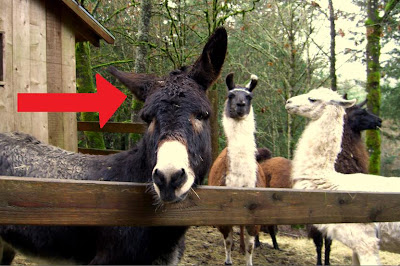