Serious Donkey has a Ball

Aidan and I brought home a treat for the donkeys the other night. I finally broke down and got them a Jolly Ball to play with. After seeing Velvet's Baby (now known as "Elvis") play with one at his new home, I thought our donks might get a kick out of one, too.

Have you seen these before? They are heavy-duty, inflated balls with a handle built in, perfect for rough equine play. Some are even scented: 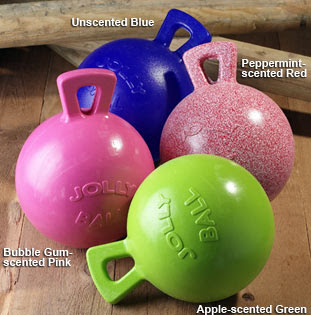 We chose the green apple one and it was an immediate hit: 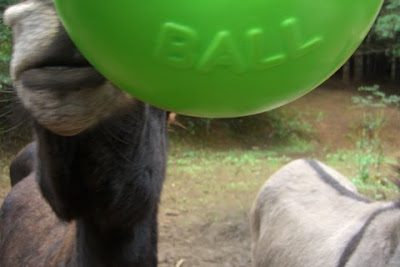 Four of the five donkeys immediately had to have turns sniffing it: 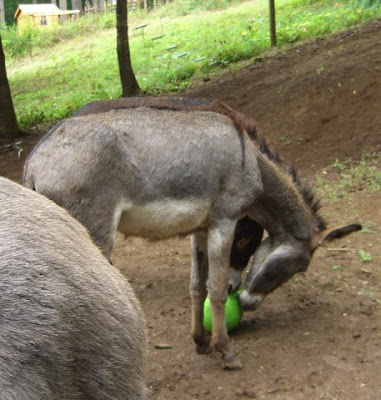 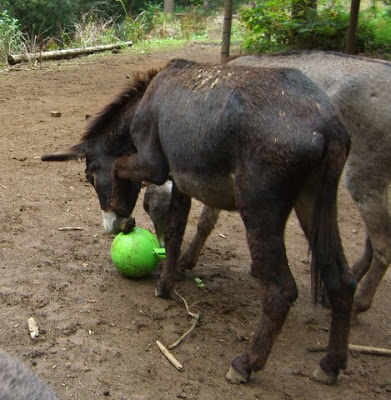 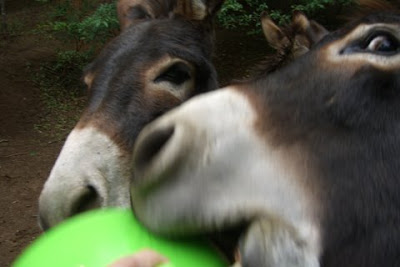 But then a funny thing happened. The donkey who is usually far too serious for such silliness actually wanted a turn.

Pistol, the alpha-donkey of our current herd, tends to be a bit of a loner. He spends a great deal of time not just standing apart from the other donkeys, but often with his back to them, staring off into the distance like he's contemplating deep thoughts. See him in the background below?: 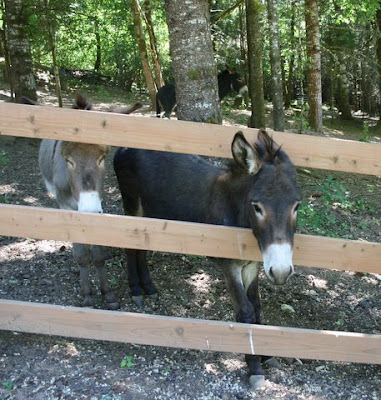 This is how we've come to know Pistol. He seems to appreciate a certain amount of alone time: 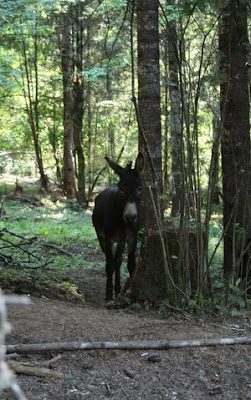 But once he got that ball in his mouth,: 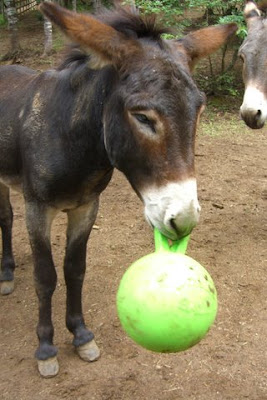 we got to see a whole new side to pensive Pistol: 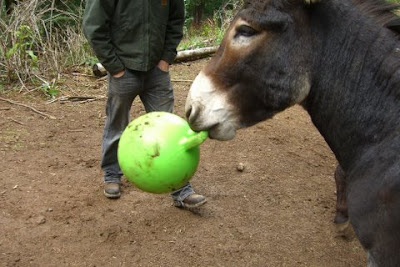 Sure, he'd let others come by for a sniff: 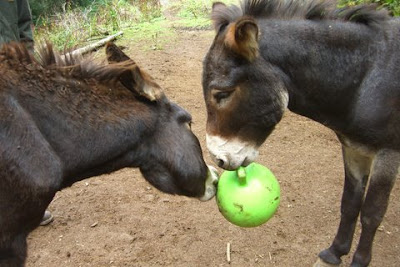 He'd even let somebody get in a few nibbles (as long as you were female and named Holly): 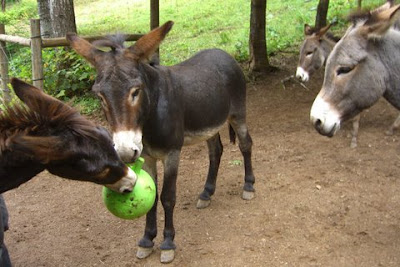 But he wasn't going to let that ball go. He tried to make others feel like they were in on the game, like here, where he's banging Ian on the backside with it: 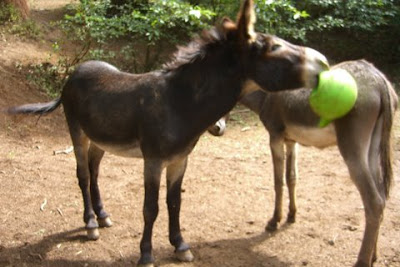 Or here, where he's rubbing Holly's neck with it: 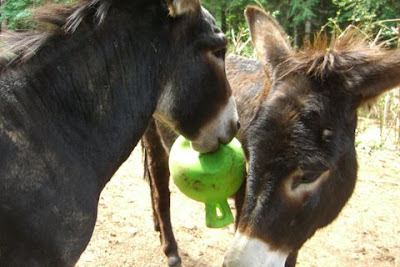 But he was pretty clear that this ball was his now: 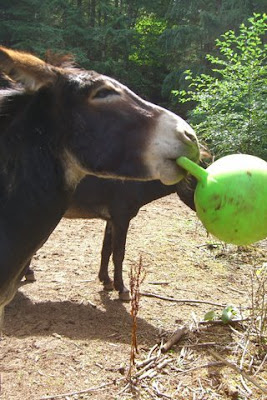 The others, of course, weren't about to argue with him, but they did get kind of bored: 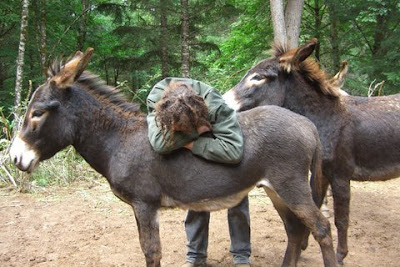 And looked for other things to chew on: 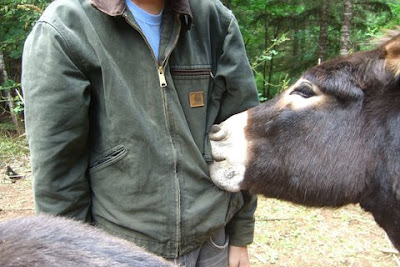 However, Pistol paid no attention. He was too busy having a ball: