Party in the Round Pen 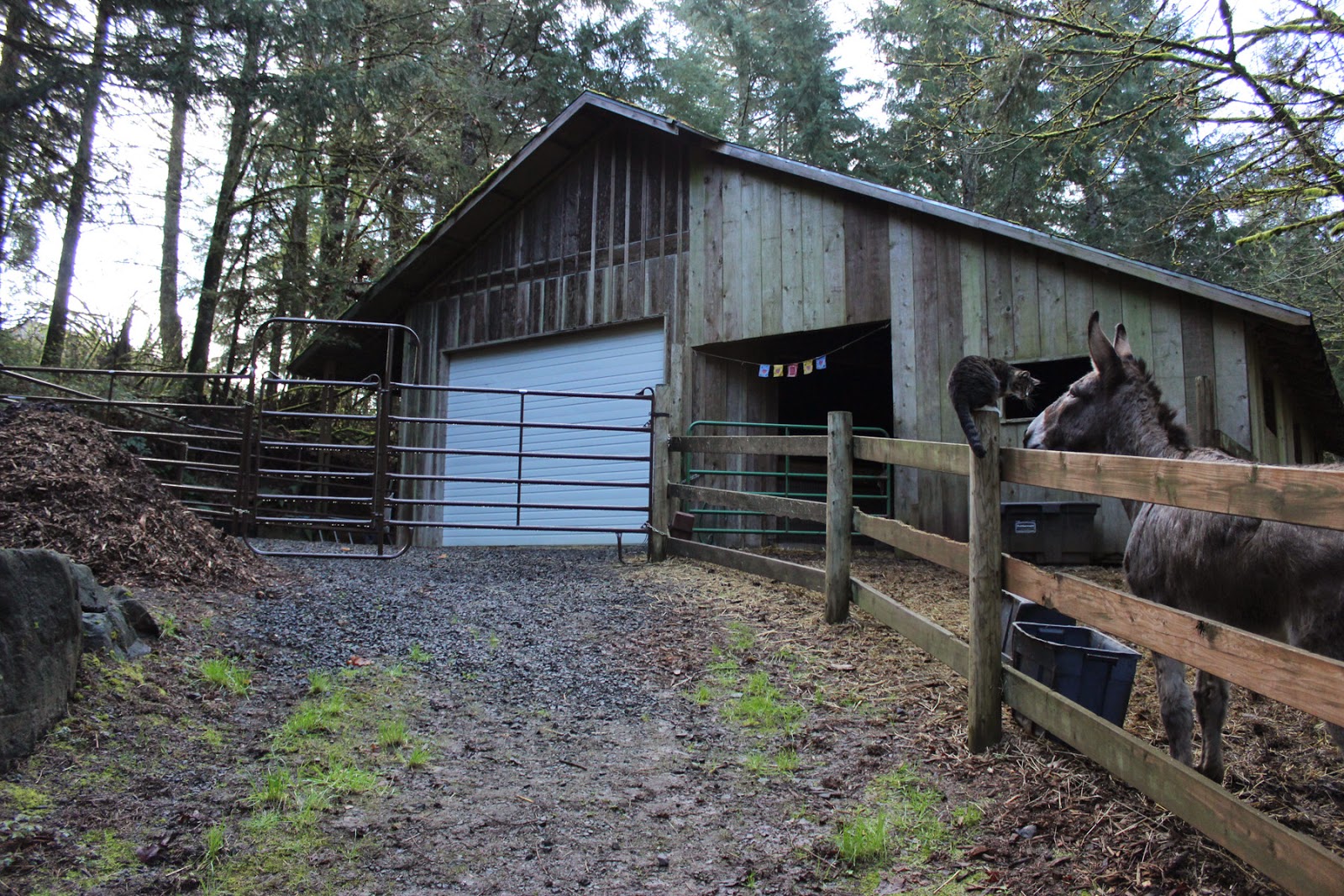 Here it is.  Like it's always been here.  A beautiful new round pen...that I will from here out refer to as the corral because it is no where close to being round and "hexagonal pen" just doesn't roll off the tongue. 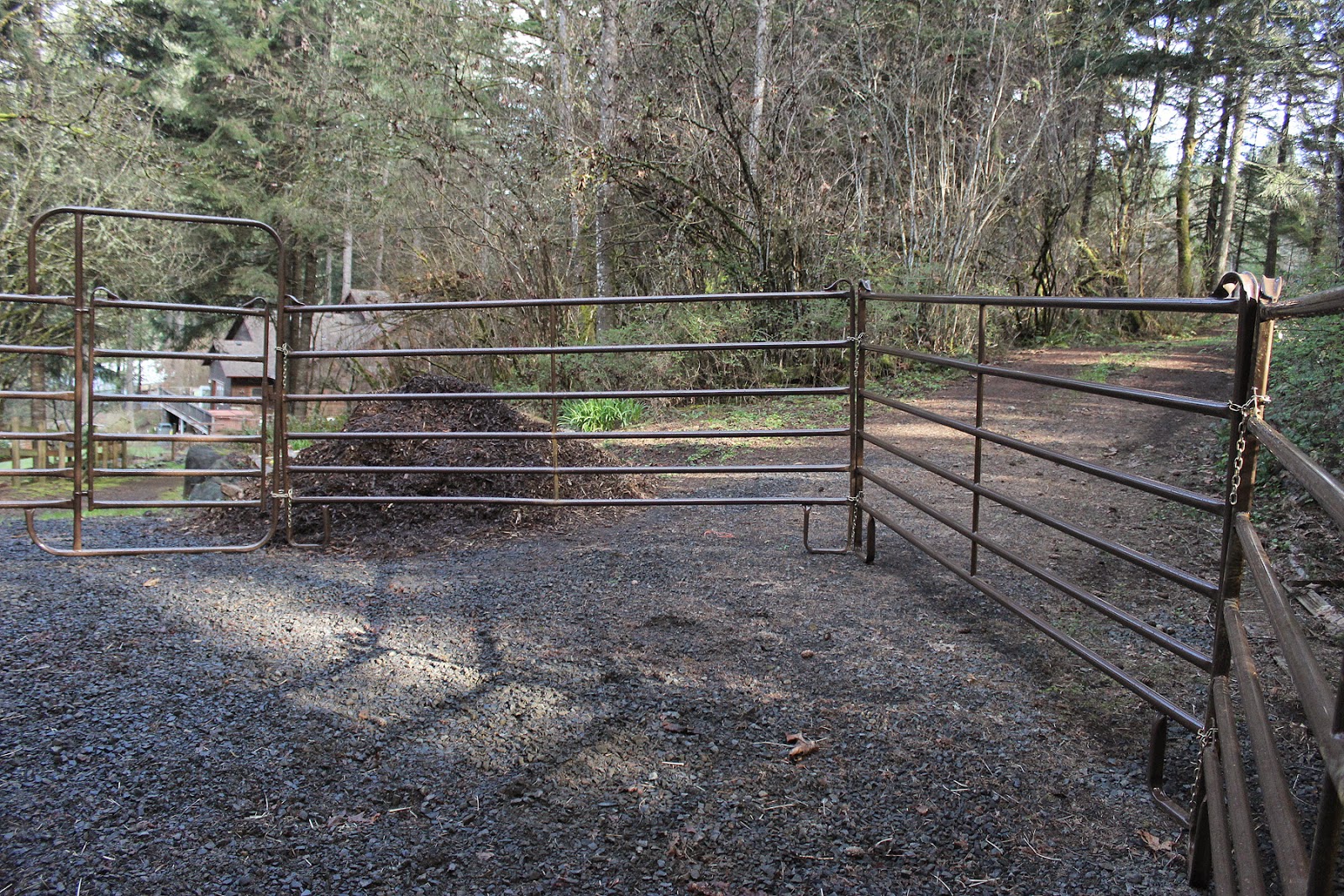 Stop me if I bore you, but it fit in this spot like a glove.  This is a big deal because we have undertaken a number of home and property projects in the last few months that have been anything but straightforward and simple, and it just felt so good to have something be so...well...simple: 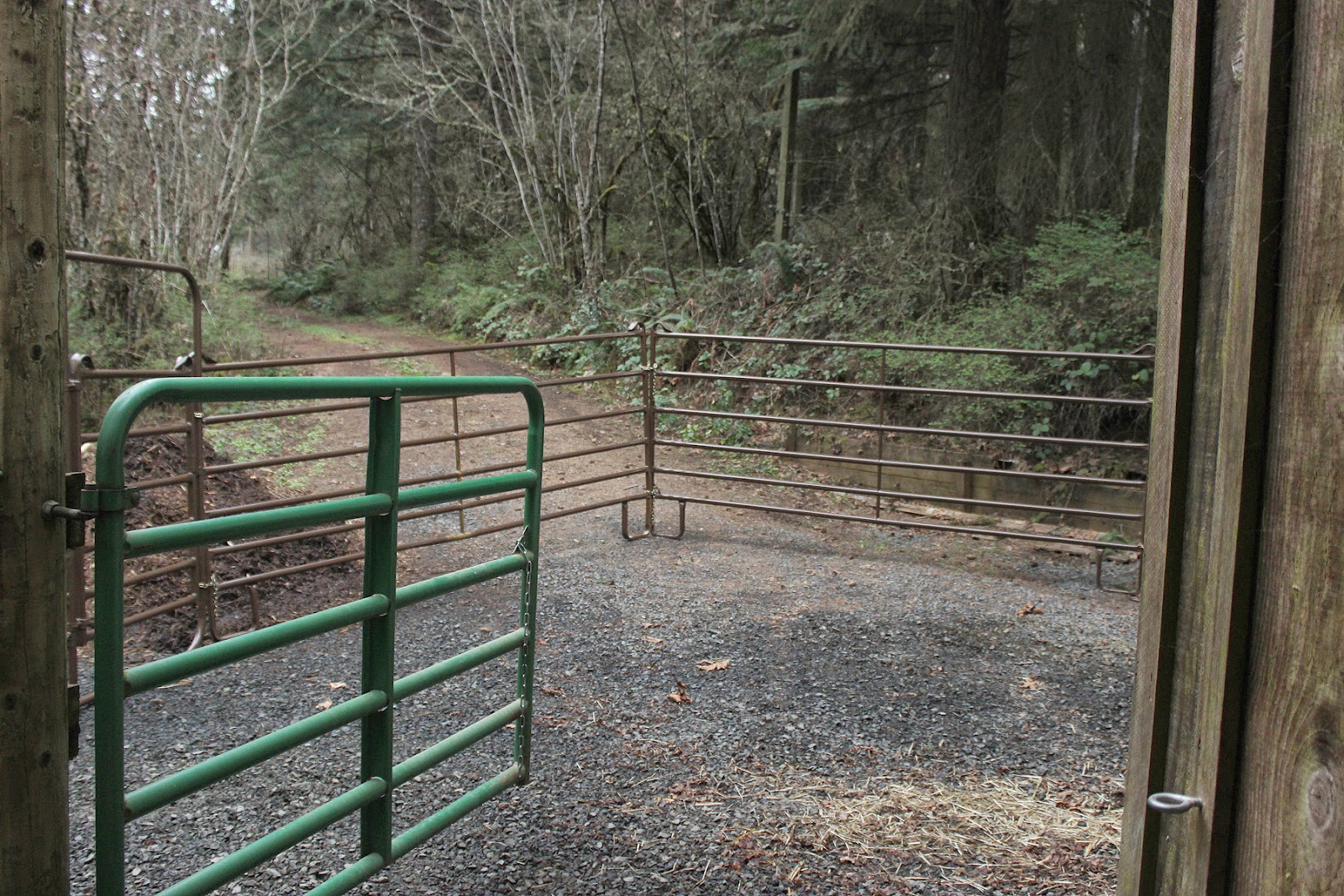 And despite the corral being attached to the front of my barn, I got a nifty gate panel that still allows me easy access into the barn: 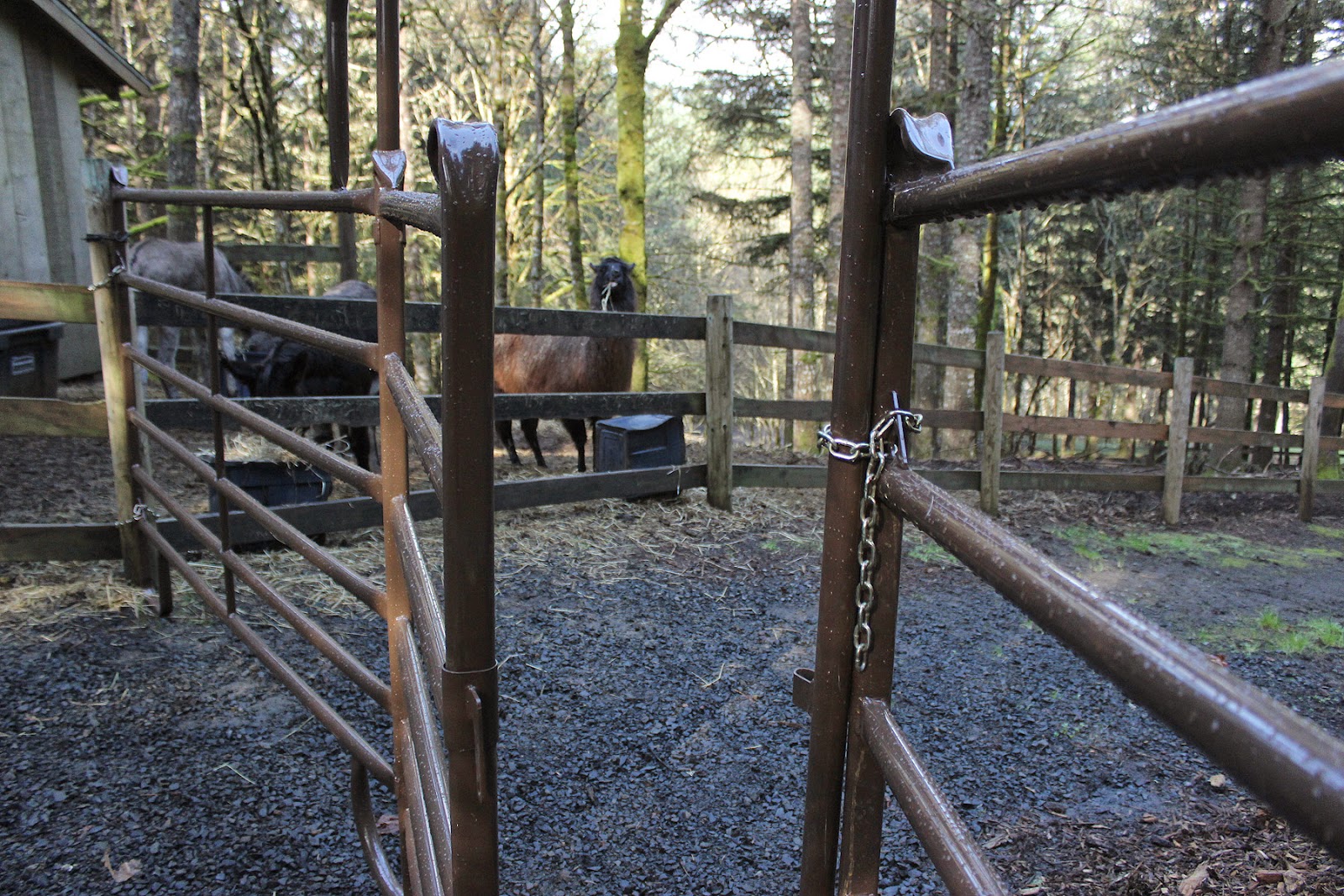 We are creatures of routine here on Critter Farm and even the smallest change to environment or schedule makes a big impact.  So the addition on Wednesday of this new corral  - in Kai llama's mind, additional square footage needing protection - was a very exciting event for everyone.

Upon entry, Kai immediately explored every inch of the new space to make sure all was in order and safe (girlfriend needs a haircut, don't you think?): 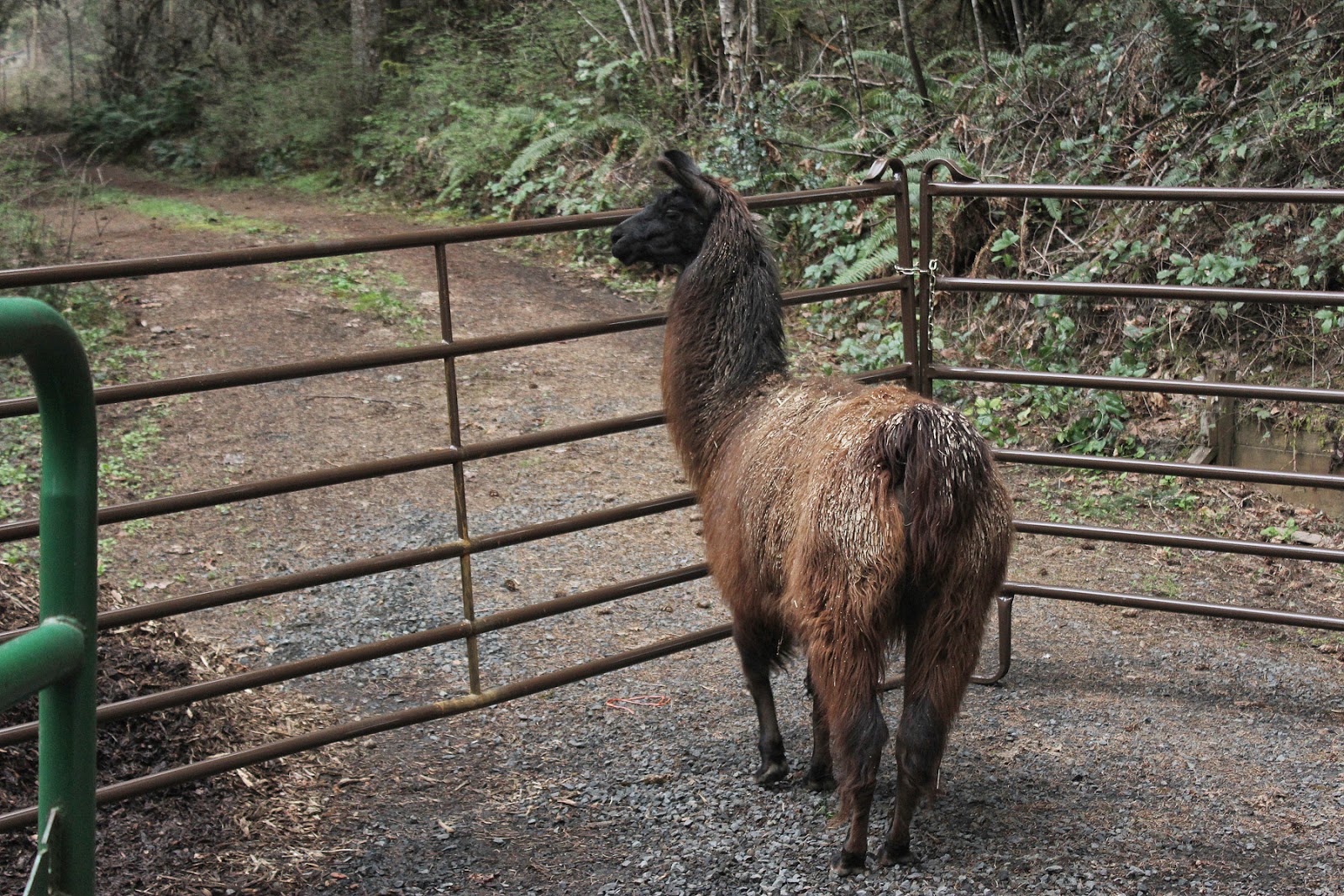 Chester, who thinks he's quite funny and is also very clever with gates, thought it would be a hoot to shut Beau in the barn.  So, with a mere swing of his head: 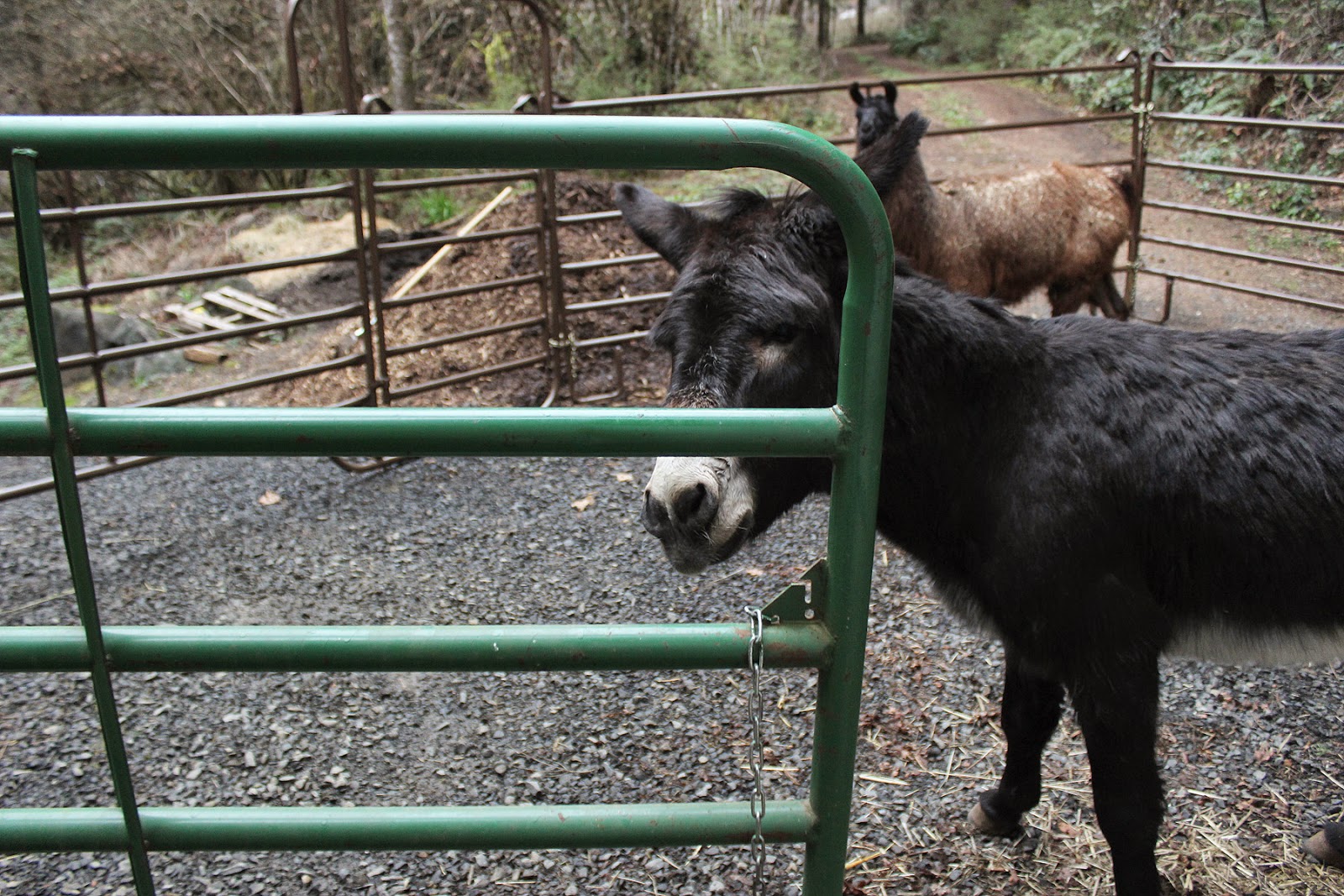 Bam. There stood Beau. always the butt of Chet's jokes. 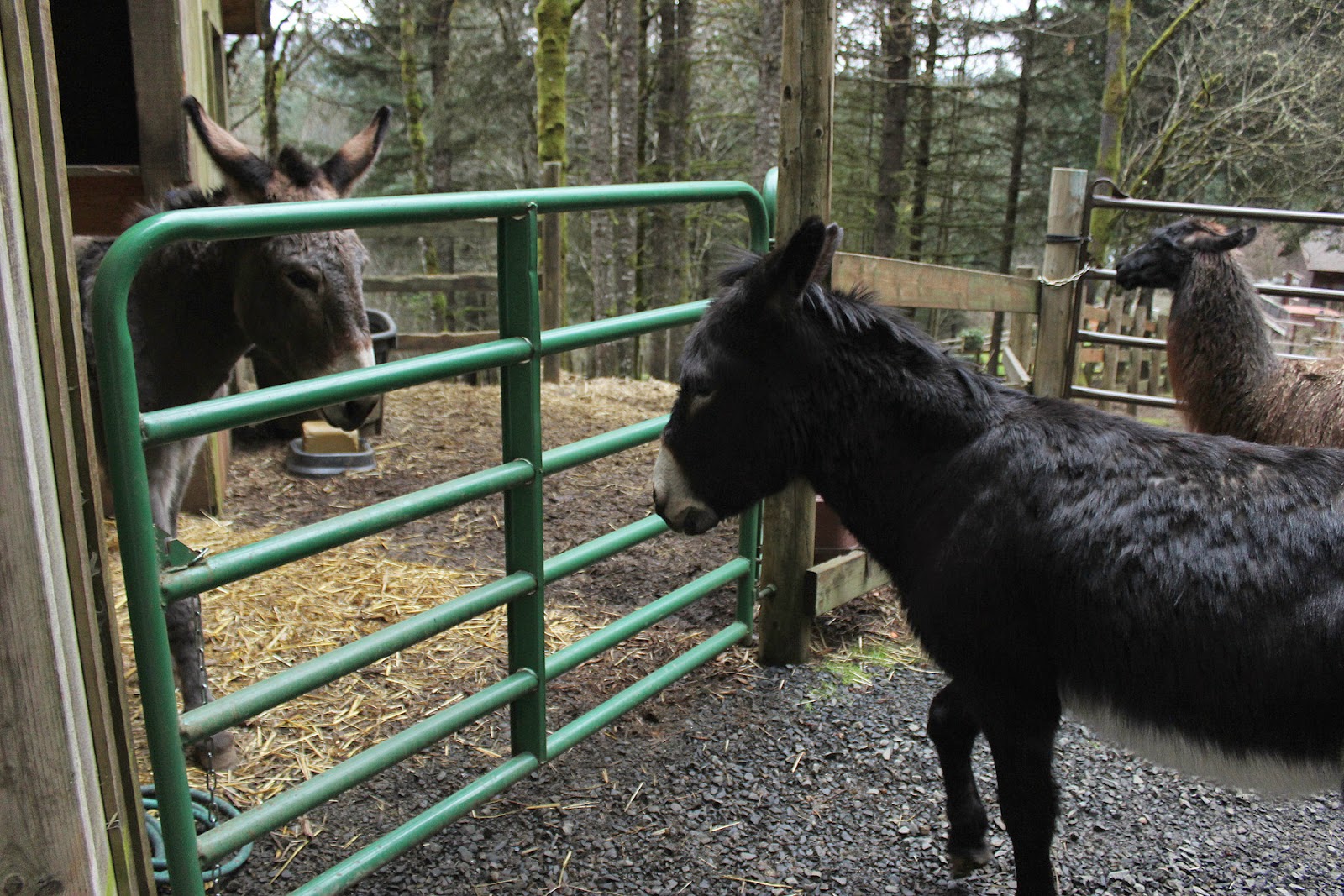 After that, a lot of time was spent just going in and out.  You know, because they could.
Chester went in: 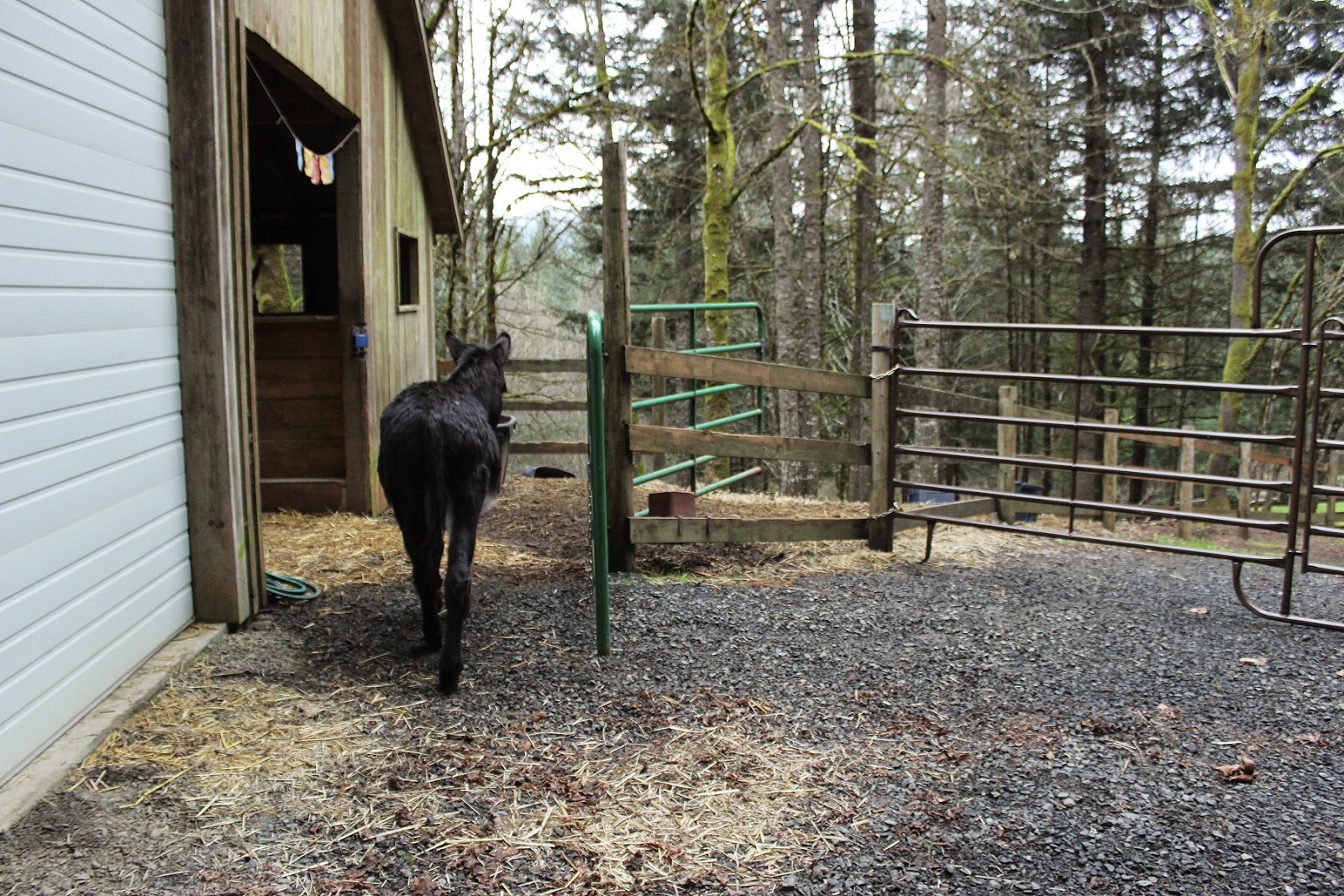 and Chester came out: 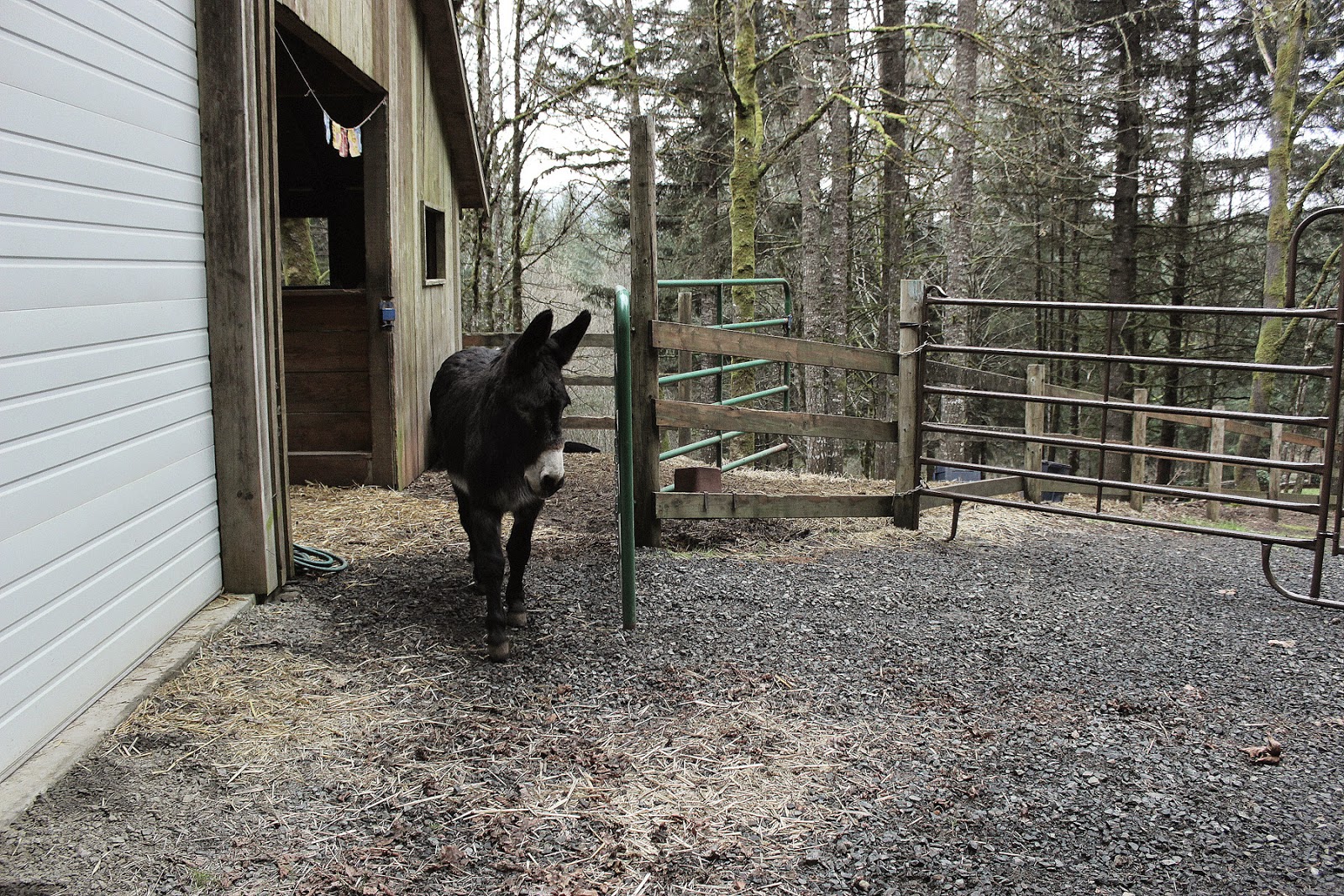 Then they all went in: 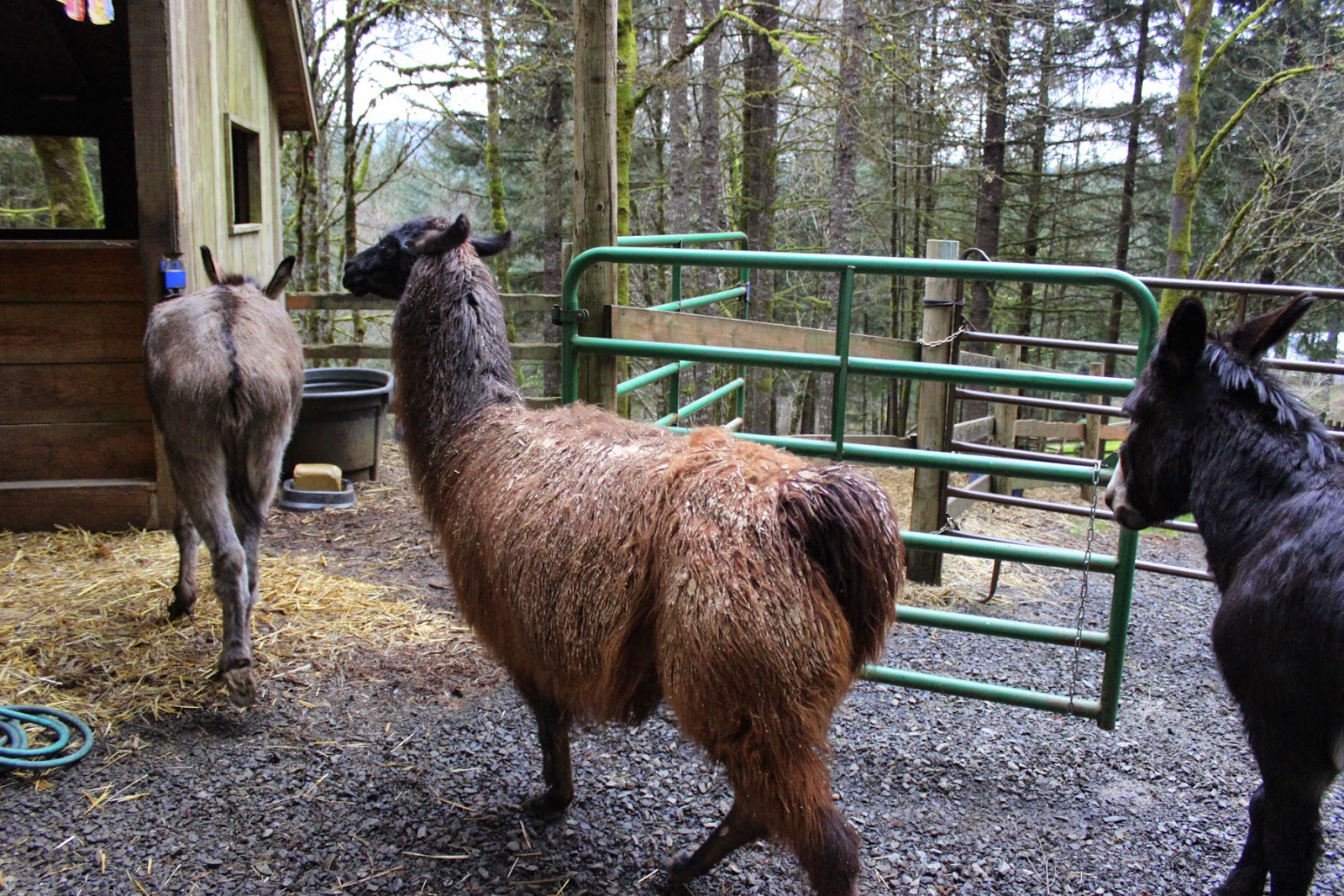 And...they all came back out.
Chester wanted to bring his friend, the hose, with him, but I said no: 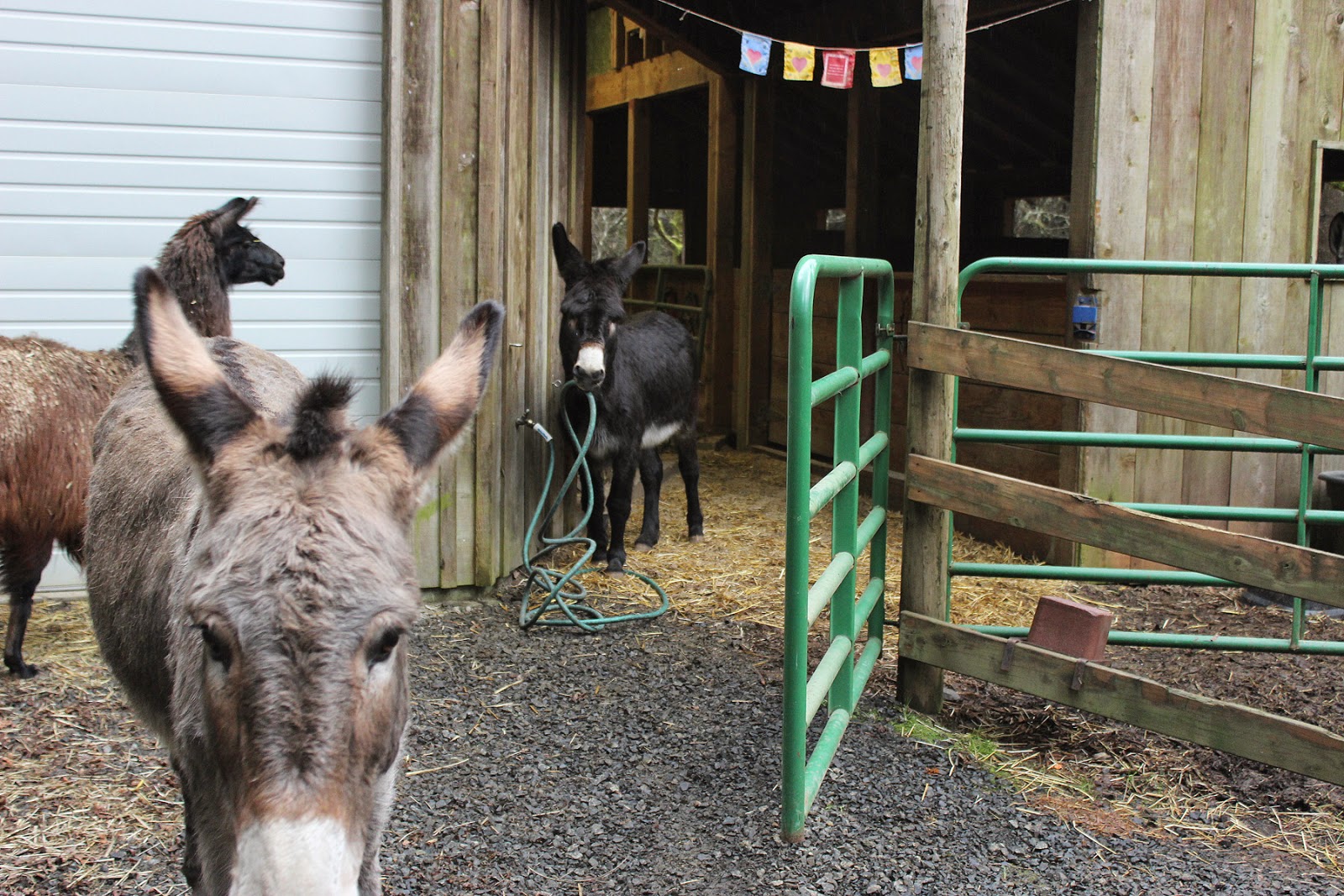 This corral will be a perfect place to work with my visiting BLM burro, Buttercup, on her socialization skills.  Imagine Chester and Beau's surprise when they realized the new corral wasn't a special gift just for them: 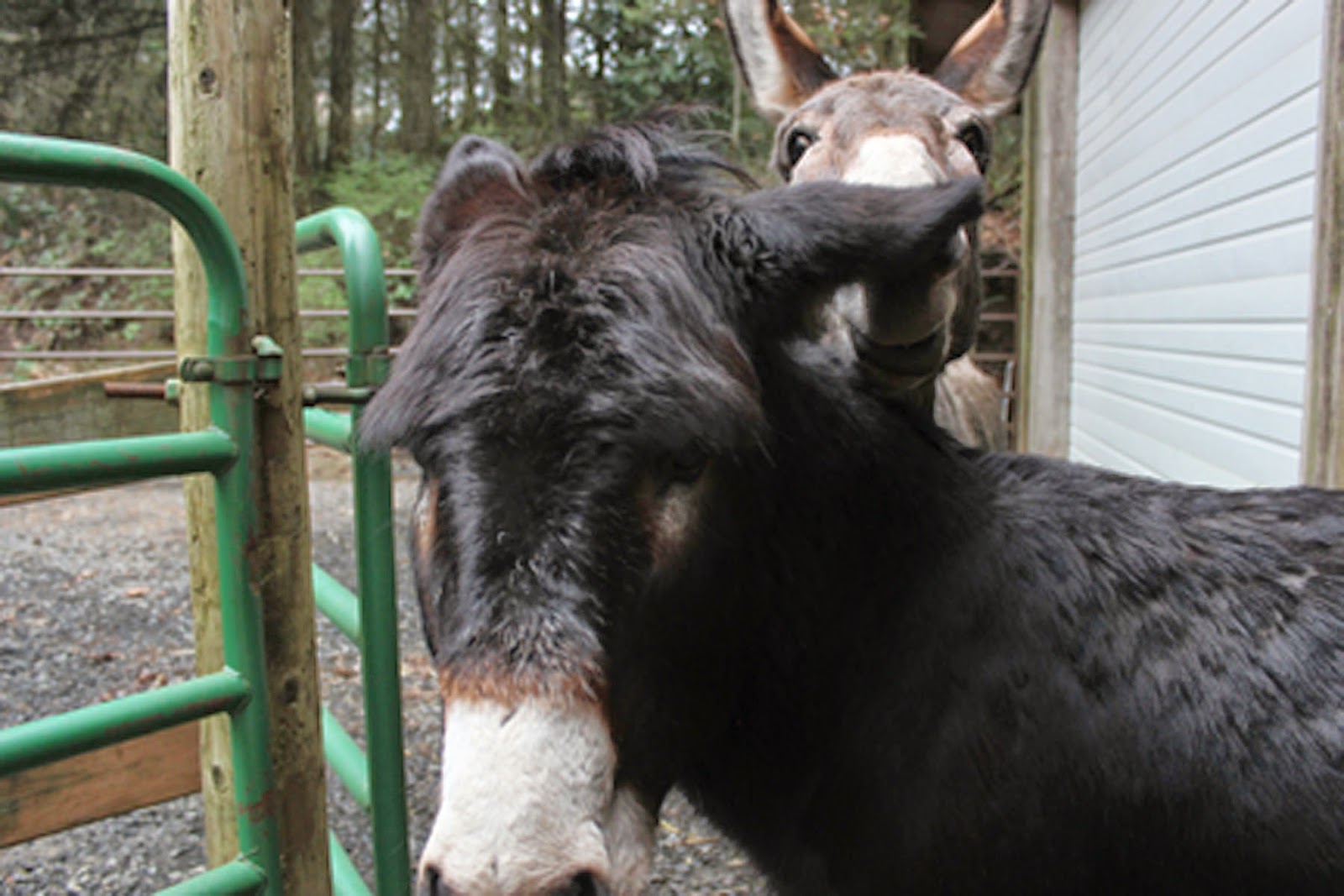 When it was her turn to come out, Buttercup was just as thrilled with the new corral and pretty much pranced her way into the party pen: 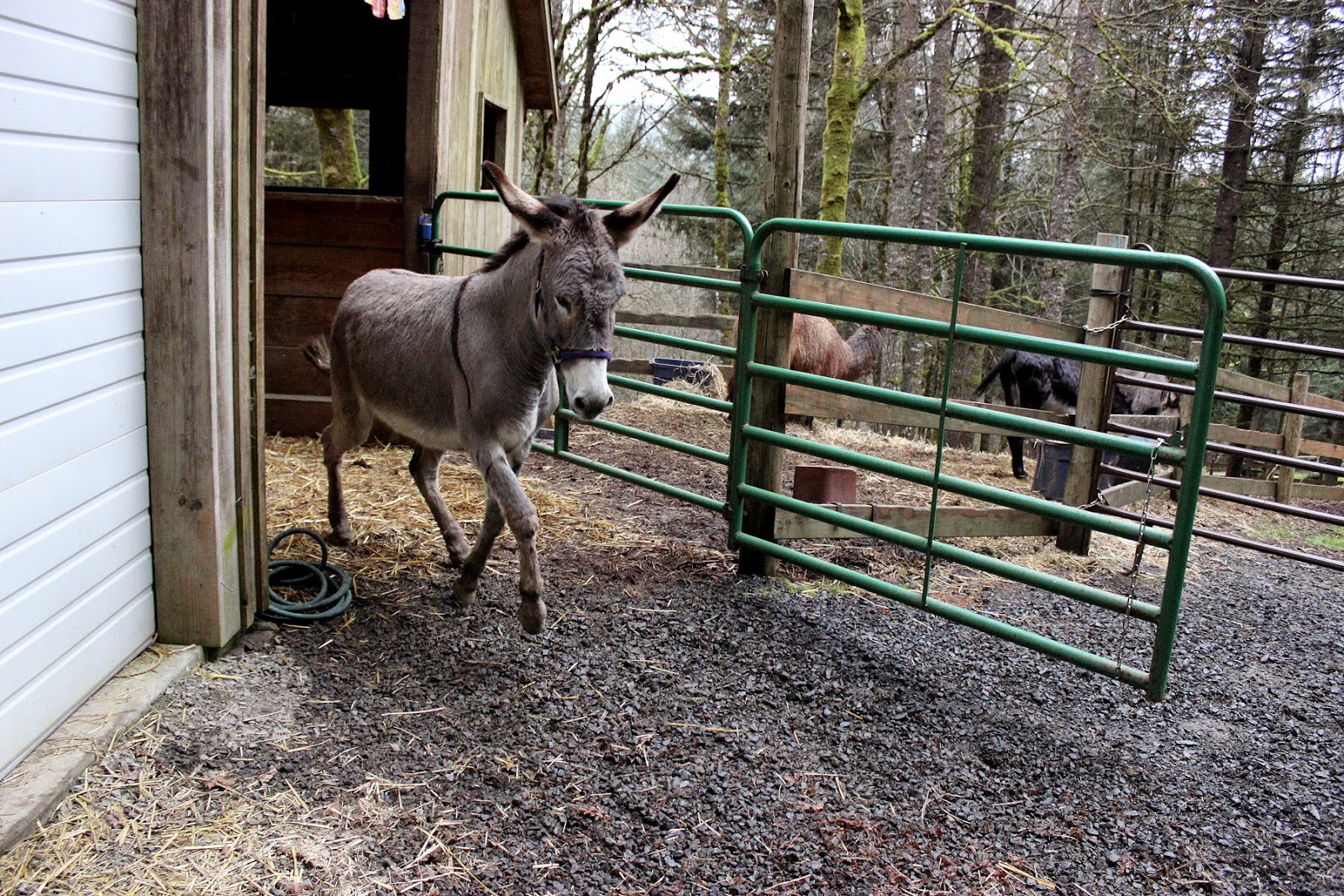 This little girl has brought such spirit to our farm: 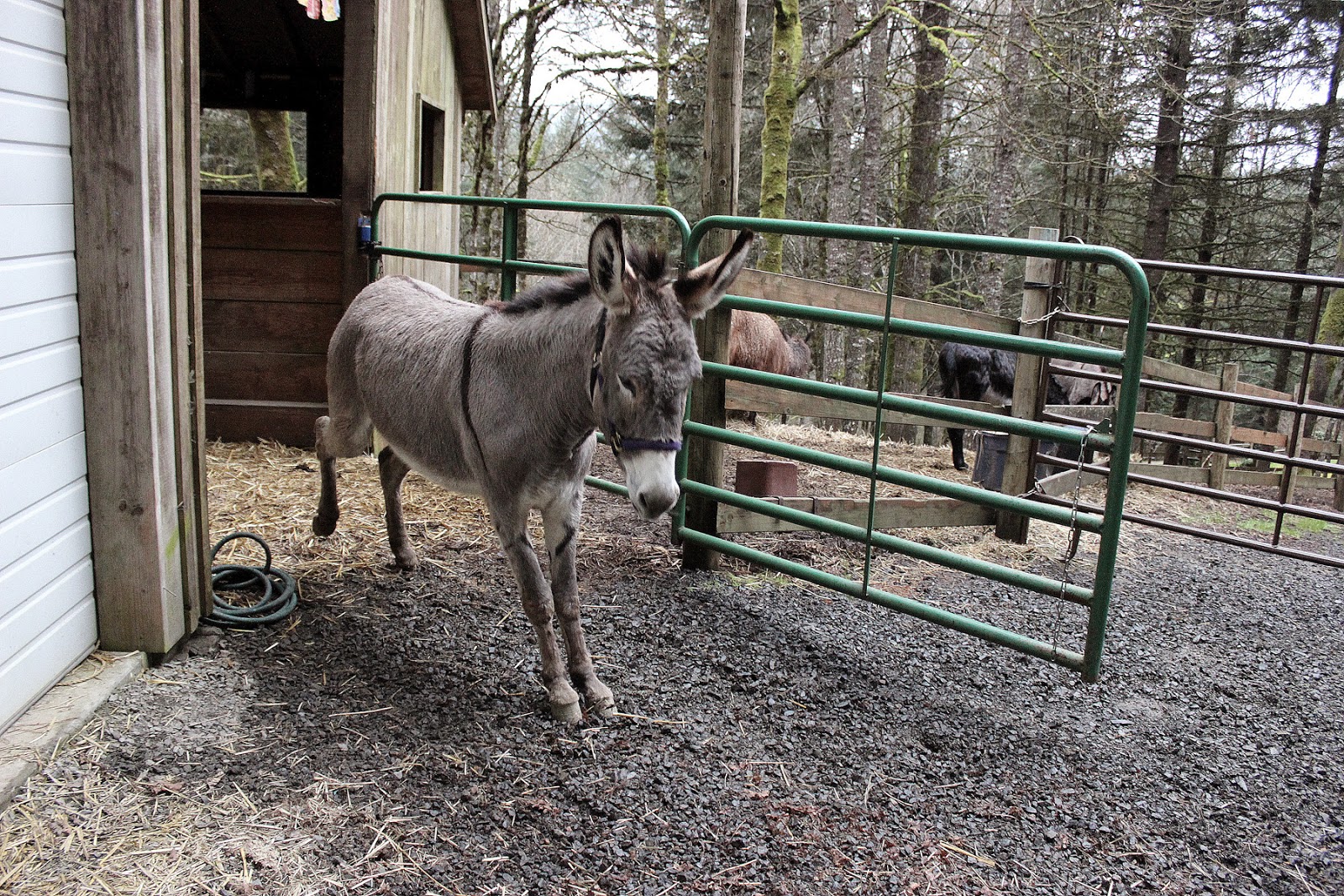 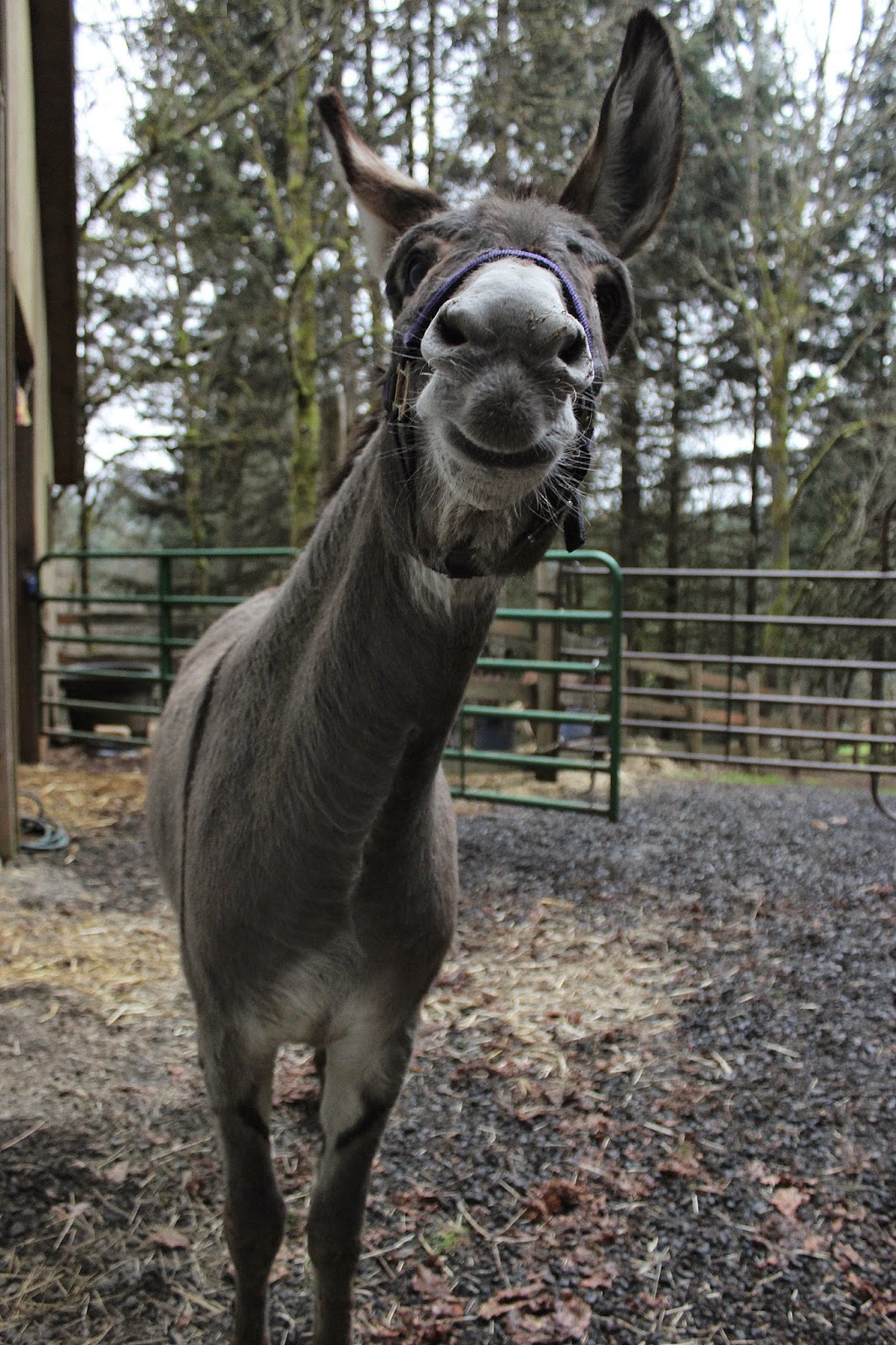