And when I'm not cuddling her 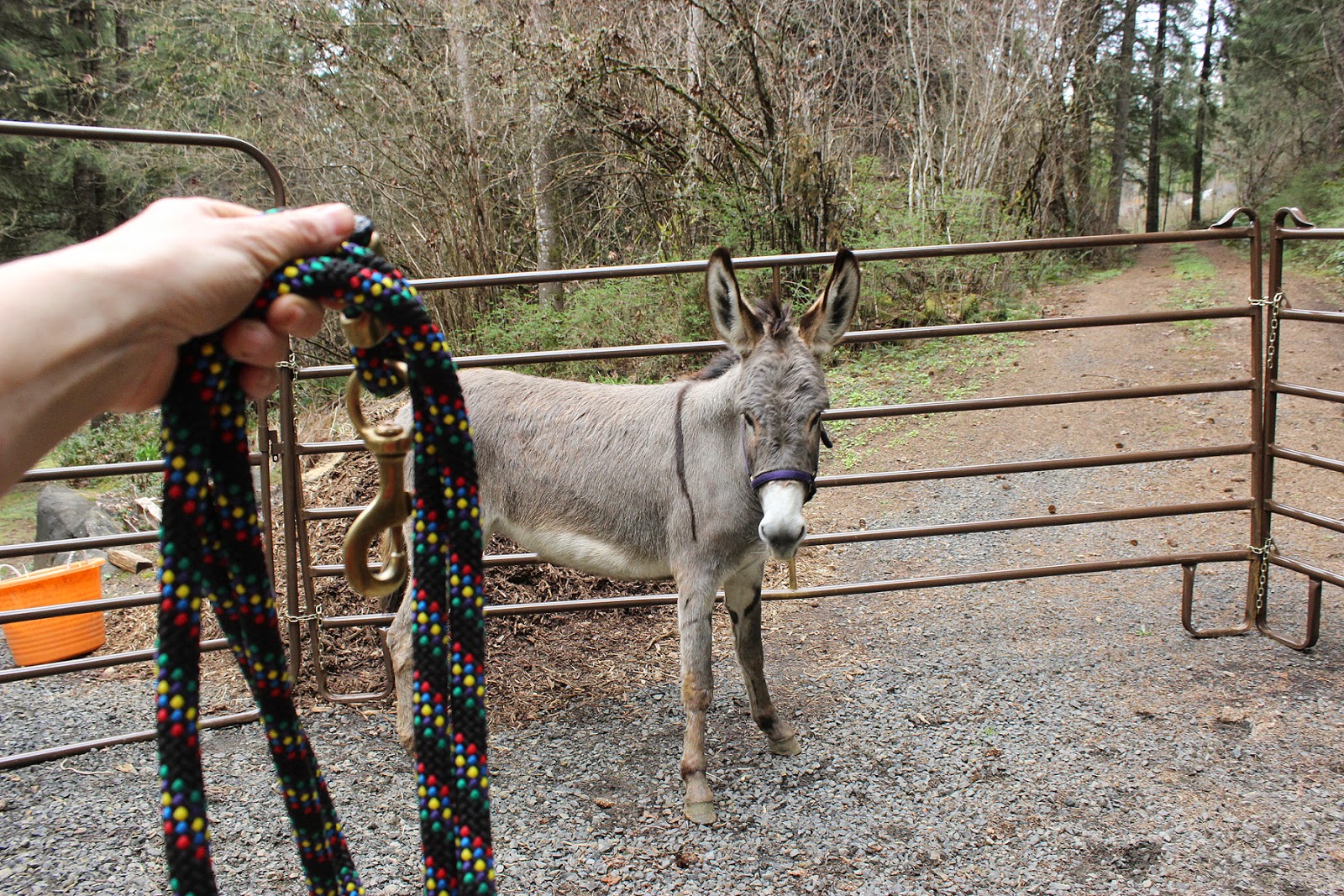 For those of you who don't know, 14 days ago I picked up my BLM burro for the 2015 Great Burro Turnaround.  Per the rules of the event, I have a total of 100 days to gentle her and teach her as many things as I can before she and I will (hopefully) share her skills at the event in June.  I haven't shared much yet about how things are going with Buttercup's training.  This is primarily because the majority of the time thus far has been spent, as you've perhaps seen in my earlier posts, allowing her to be cuddled settle in and get hugged become familiar with life at Critter Farm.

However, despite not being totally training focused right now, we have developed a bit of a daily routine where we work on some simple skills: 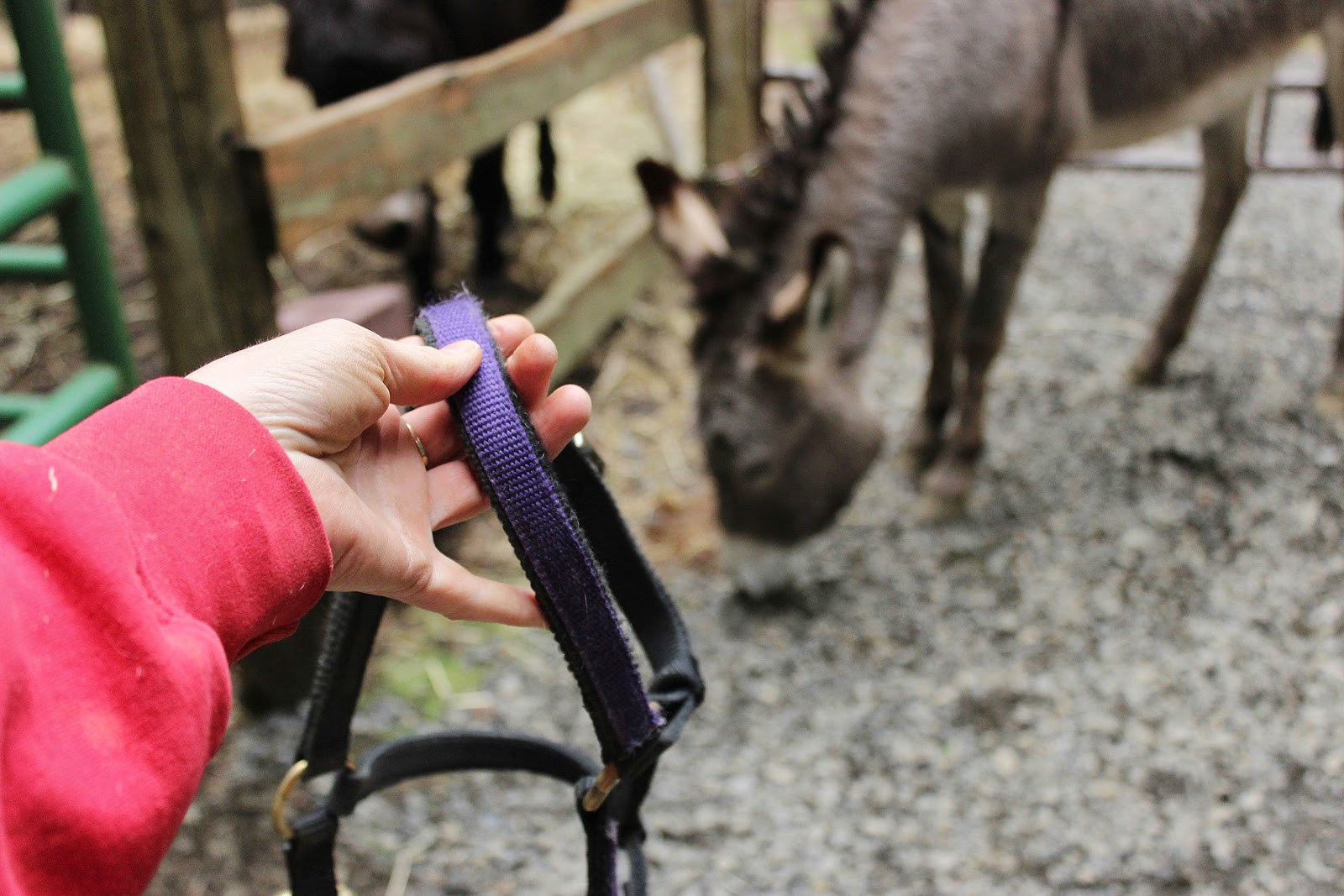 Then, every day we reinforce the skills we've worked on the day before.  One of these skills, for example, is standing quietly while allowing me to put the halter on: 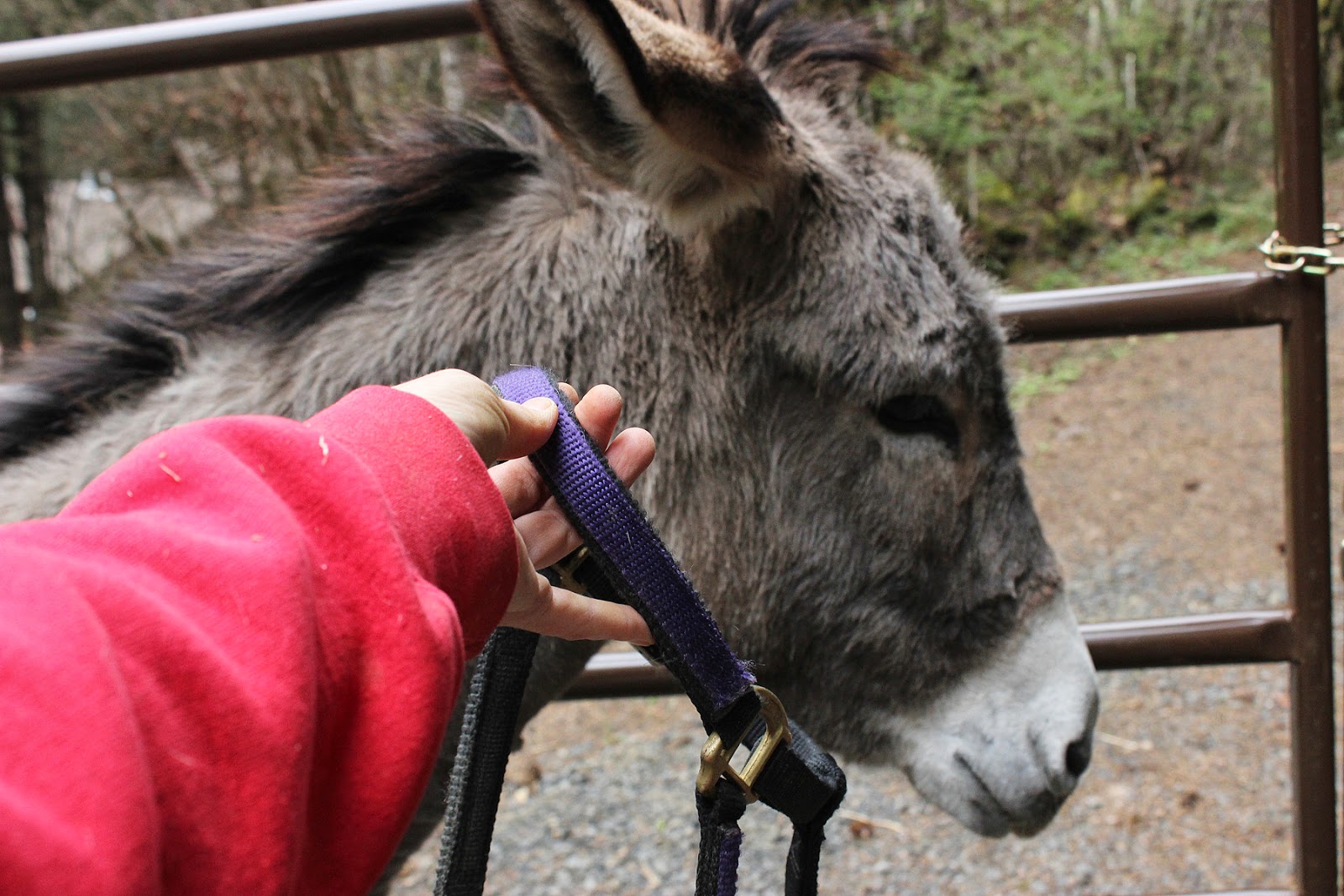 She doesn't love the halter, but she has come to accept it: 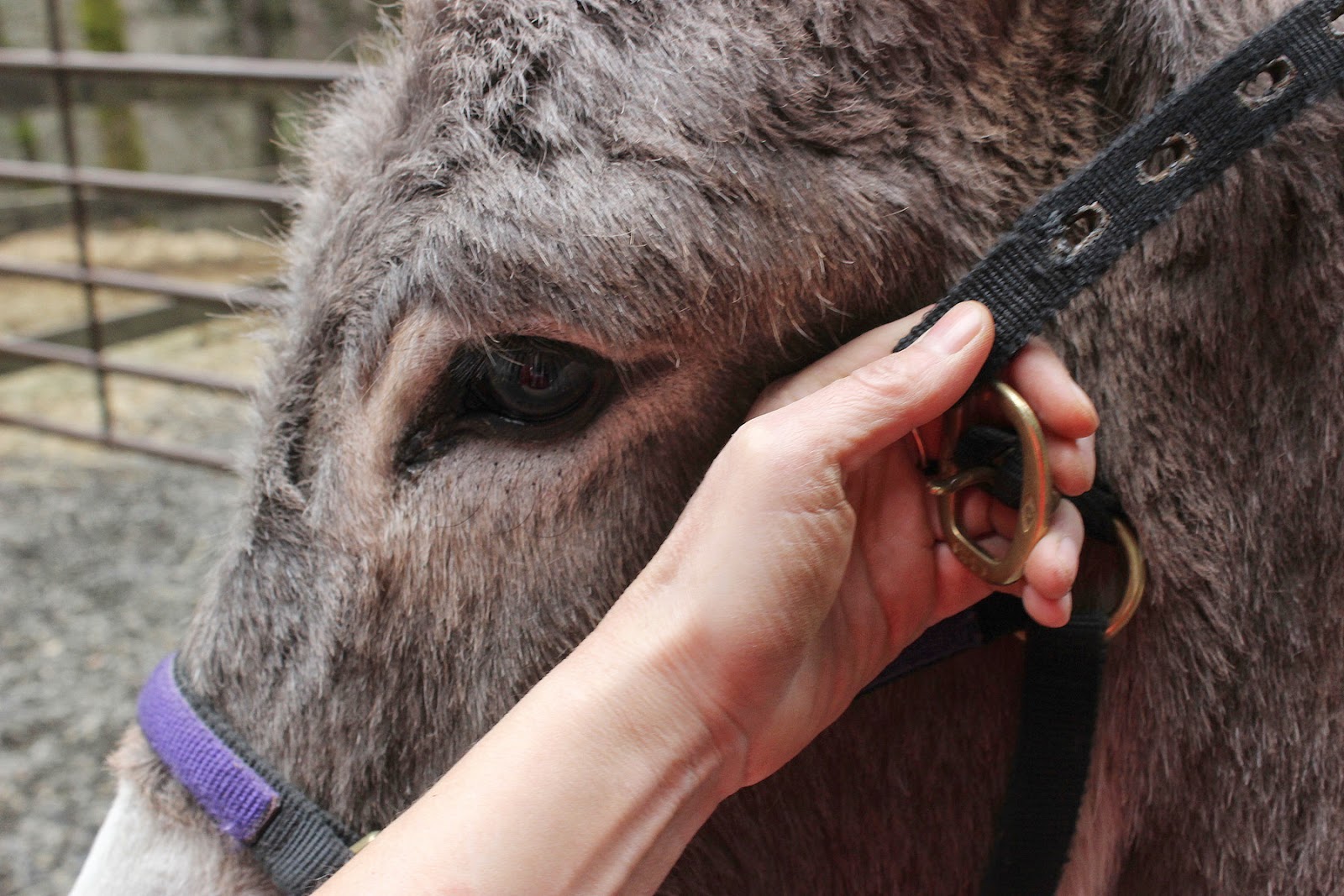 Having mastered this, I thought I'd give the lead rope a try.  I was initially worried about introducing it, thinking it might be too soon. But she often surprises me with her reactions to things and, when I first held out the rope, she came right over to investigate: 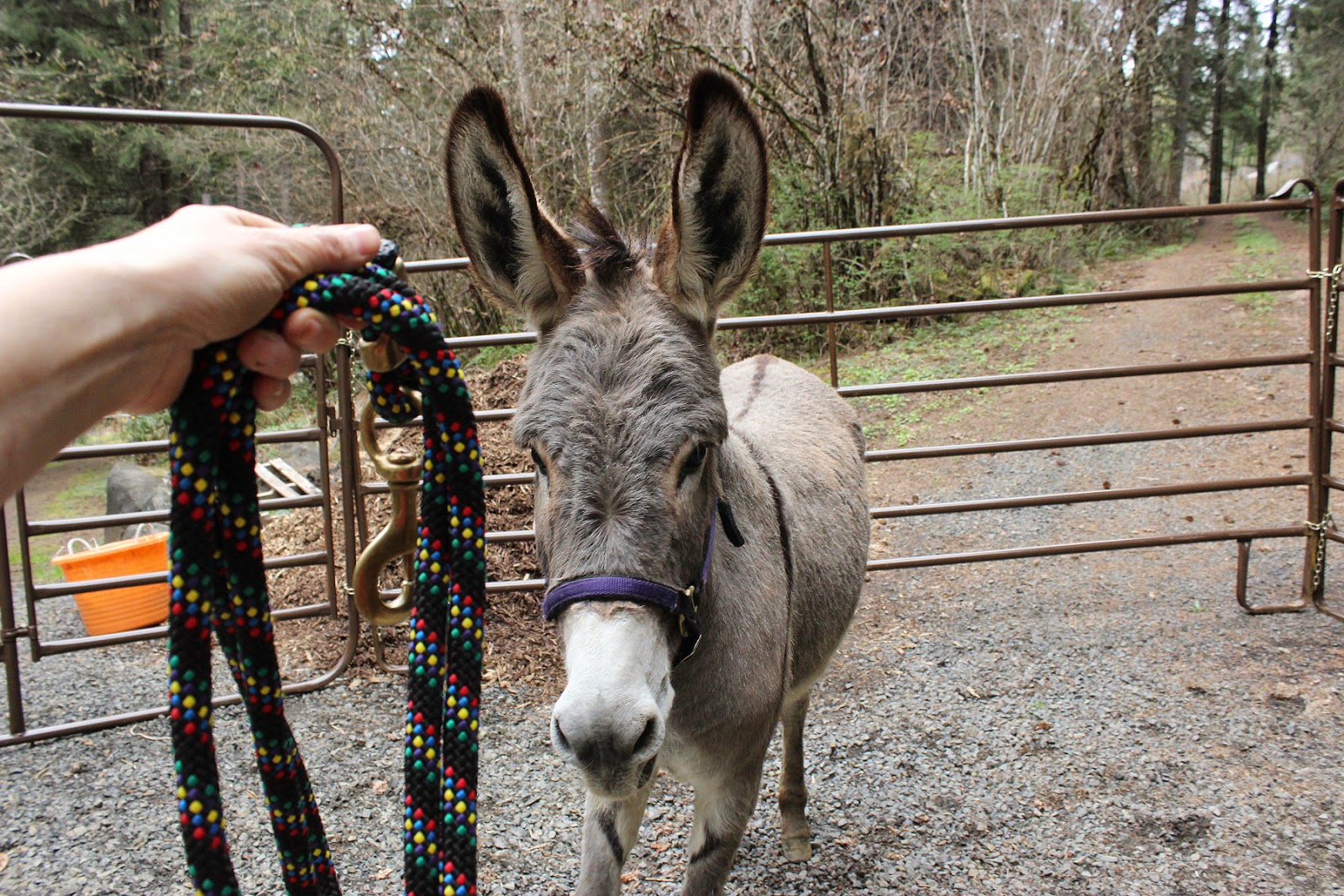 I'm fairly certain this was just because she had NO idea what impact this nylon tether would have on her life moving forward: 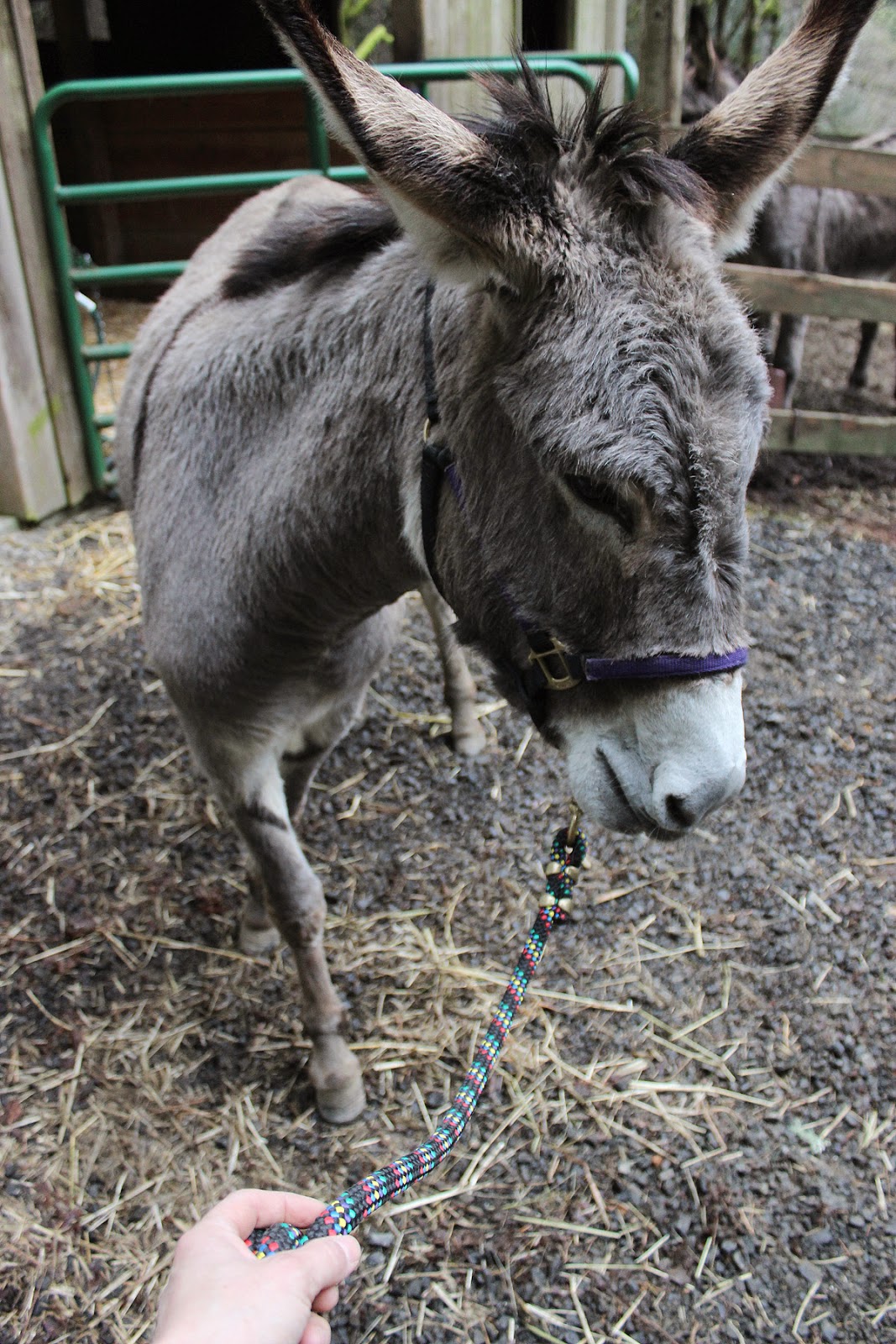 And, yes, some days go better than others with the lead rope.
My mantra, though, is always:  be consistent, be patient, be calm.  If I can't be those things, I need to take a break.

Buttercup and I also spend time each day learning about objects that she doesn't have to be afraid of.
The things that scare her - and the things that don't - have also been a surprise to me.
Here are two things she has been quite fearful of:
1.  The jolly ball: 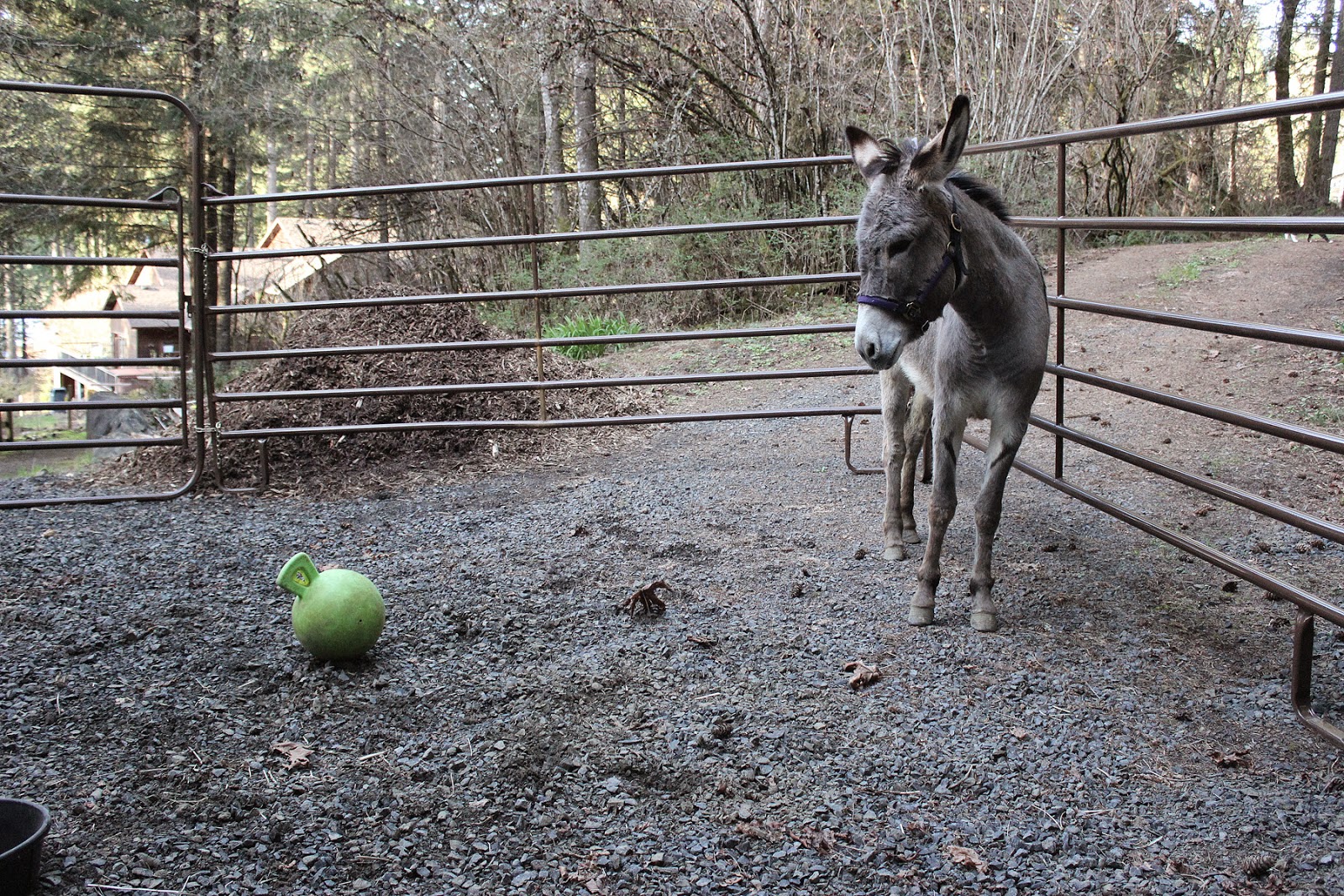 You'd think that green orb was about to detonate for all the suspicion and distance she gives it. 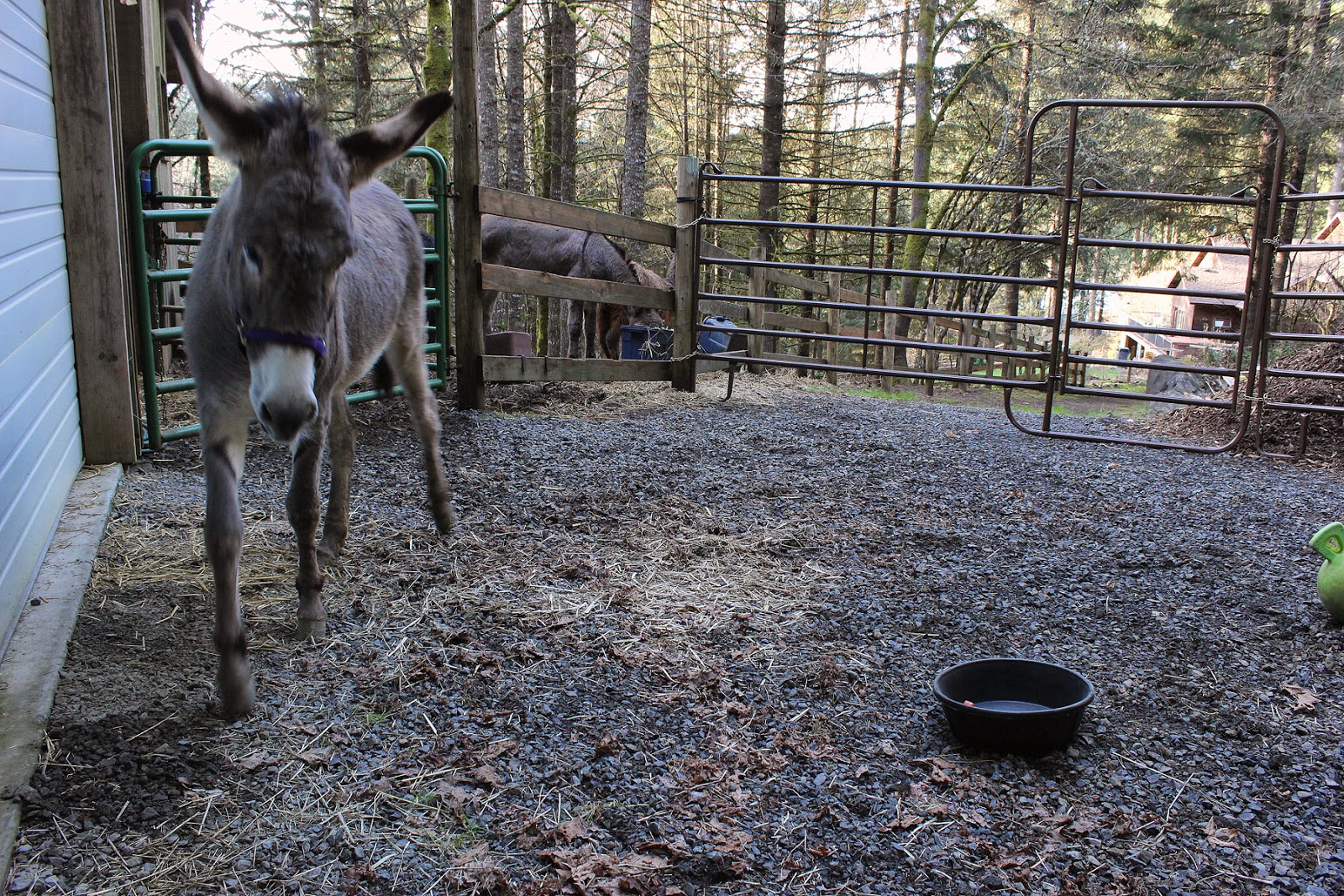 Funny smelling and odd looking, she just doesn't trust them at all.

So we've spent time with these items.
It's amazing the leverage I am given just by starting out with a butt scratch.  For her, it turns out not to matter what the object is, as long as it's rubbing the hind area, so that's where we started with the jolly ball (see the how the tail is sticking out a bit?  Anyone with a donkey know that this is a clear indication that she is enjoying the jolly ball attention): 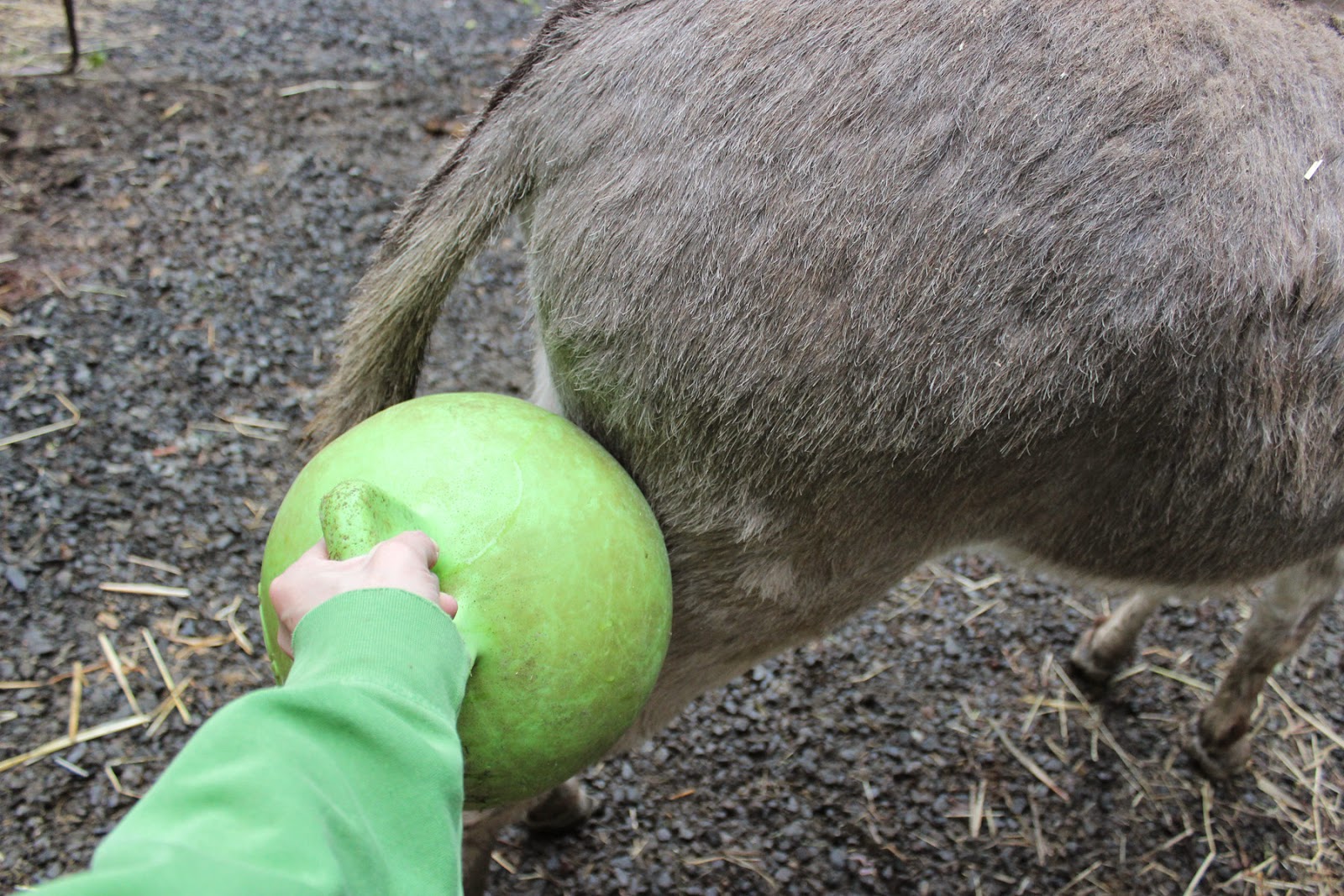 From there, I just kept going, praising her the whole way.  Up the back: 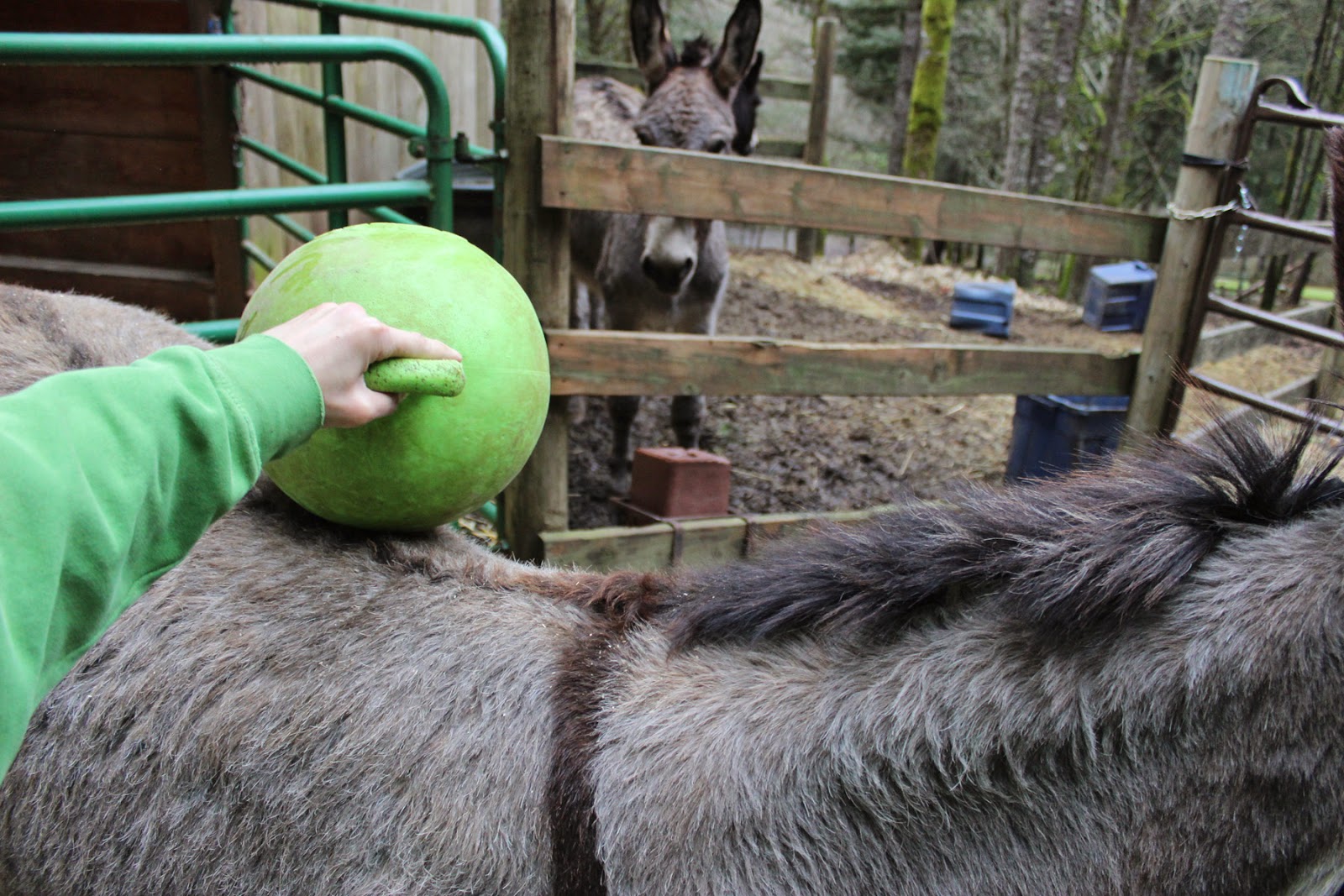 All the way to her head.  While she isn't exactly at ease here, she didn't move away.  After a couple days of this, she's not so worried about the jolly ball any more, as long as I don't bounce it on the ground. :-) 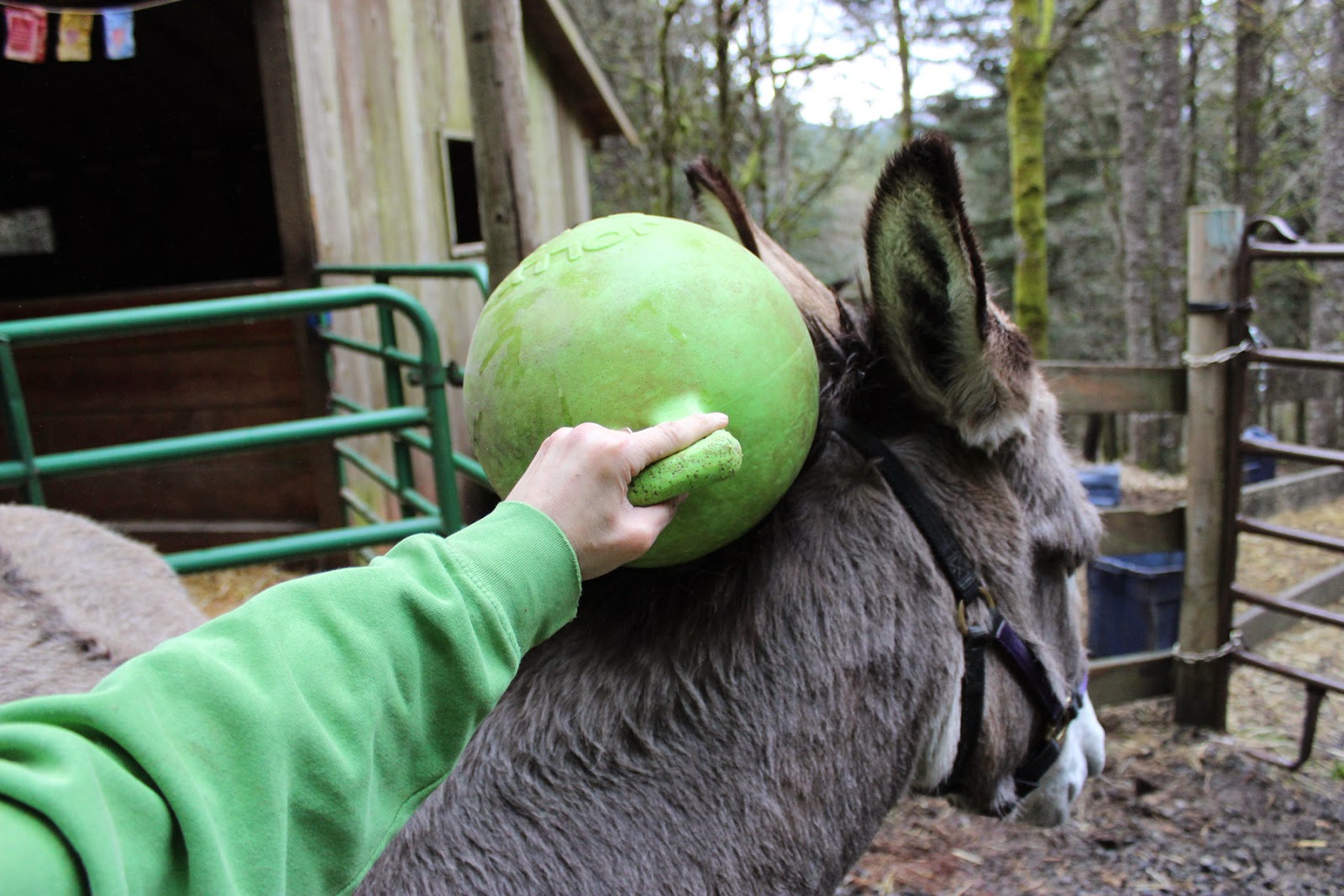 Of course, reward is a big part of Princess Buttercup's motivation and I've never been stingy when it comes to the carrot coins: 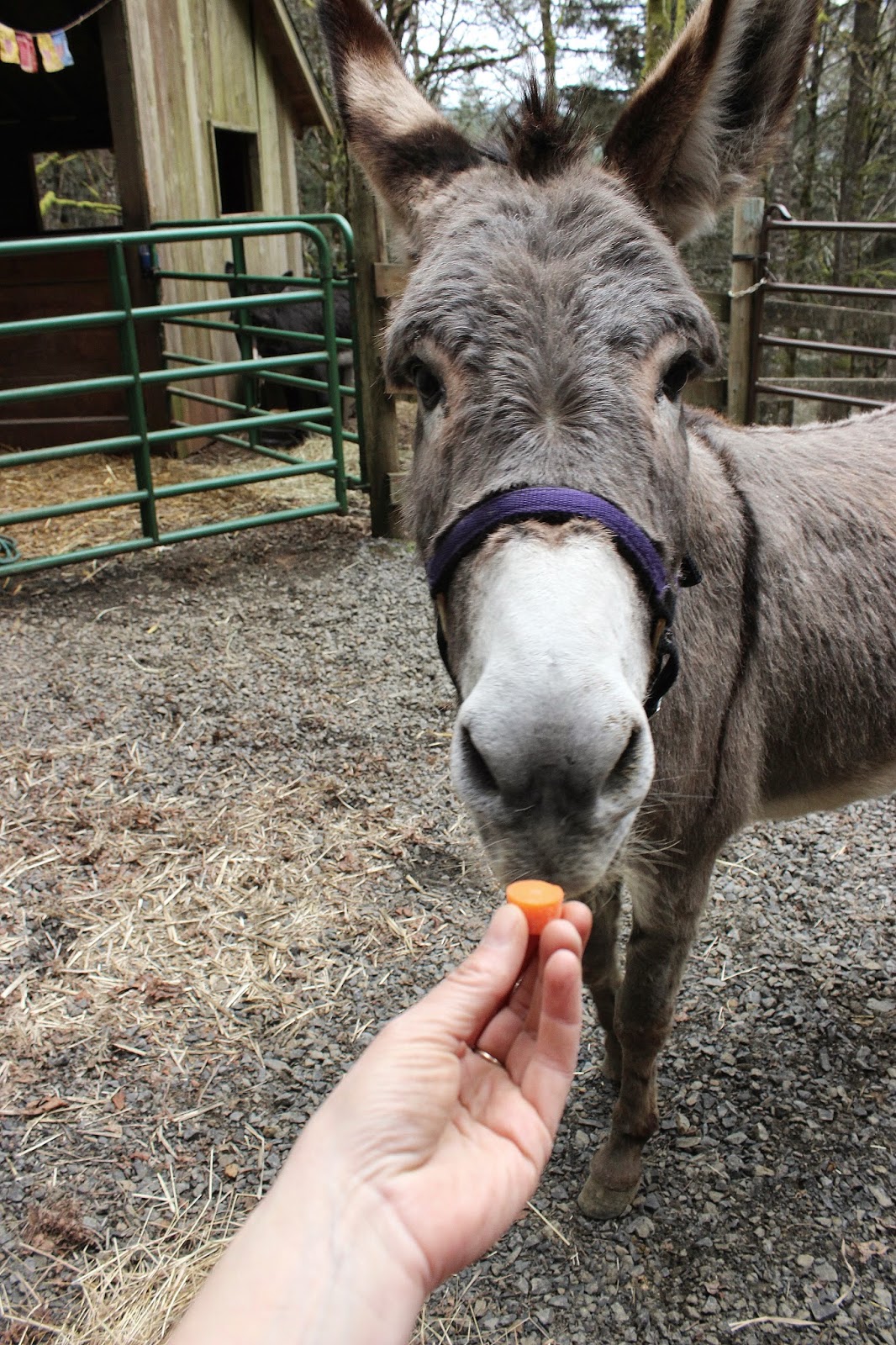 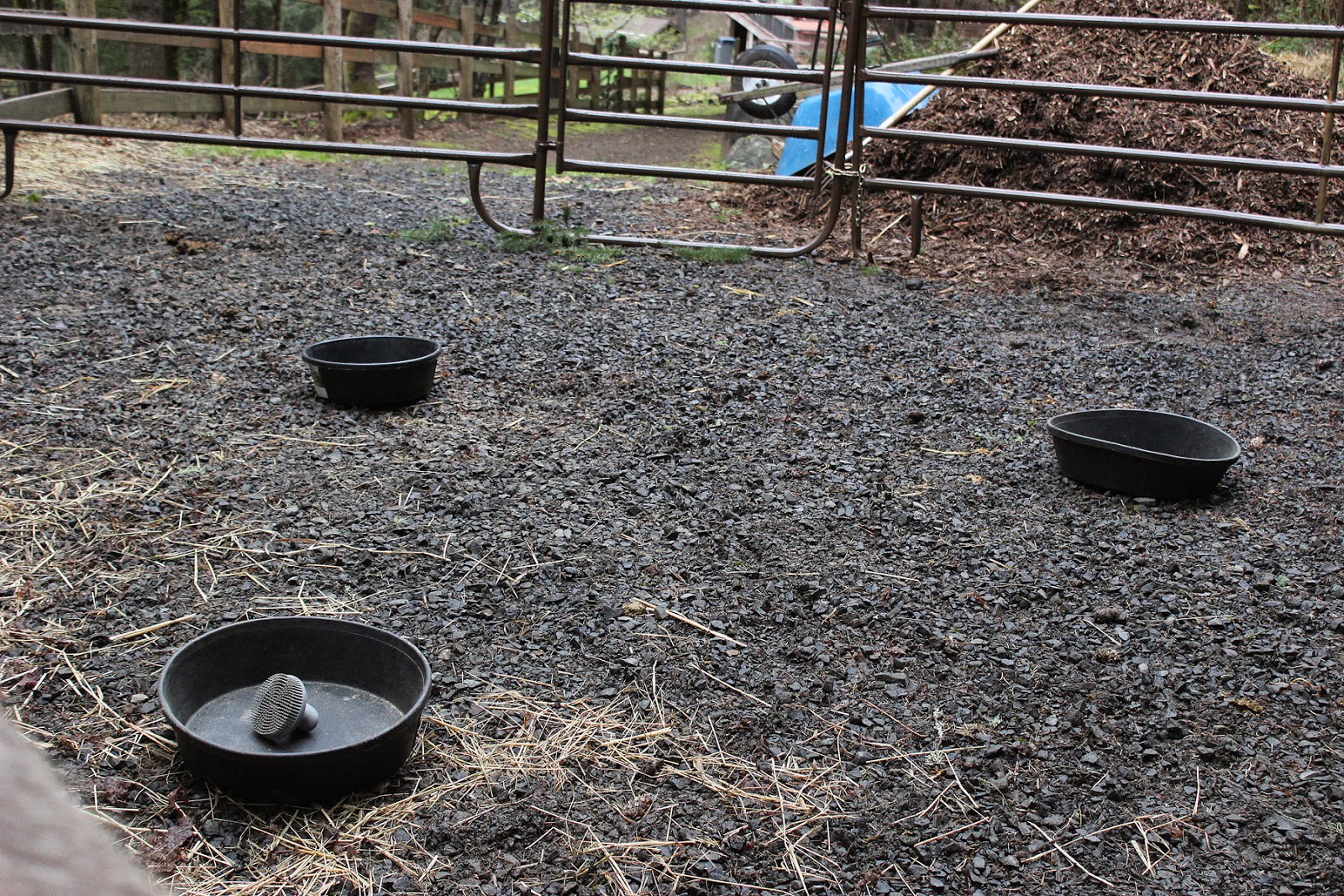 She said no.
So we spent a bit of time on the lead rope working up to figure 8s around them and, after a bit of locked legs and wild head swinging, she actually did it.  This photo is just after I took her lead rope off.
She's a smarty, this one: 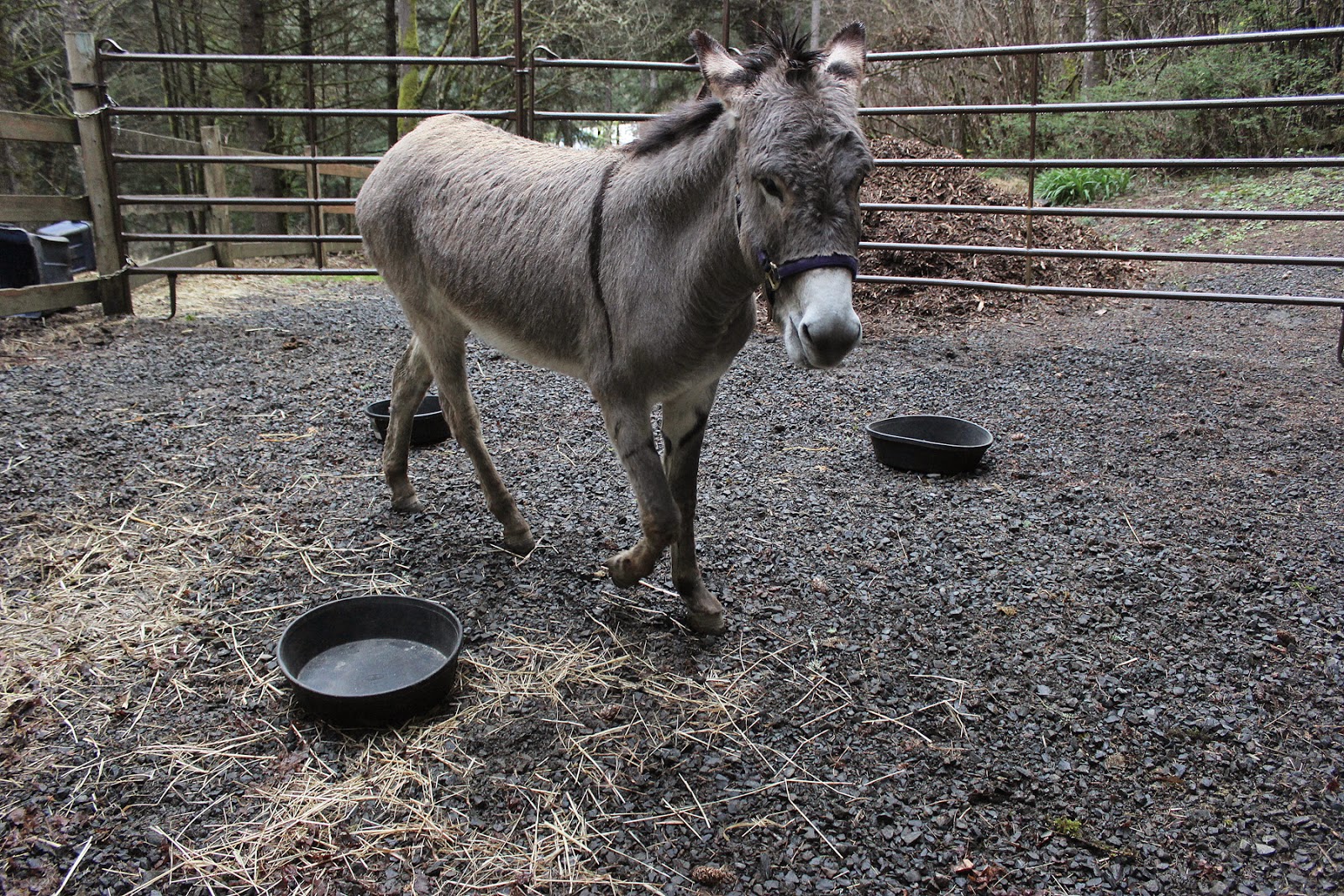 We celebrated with...can you guess? 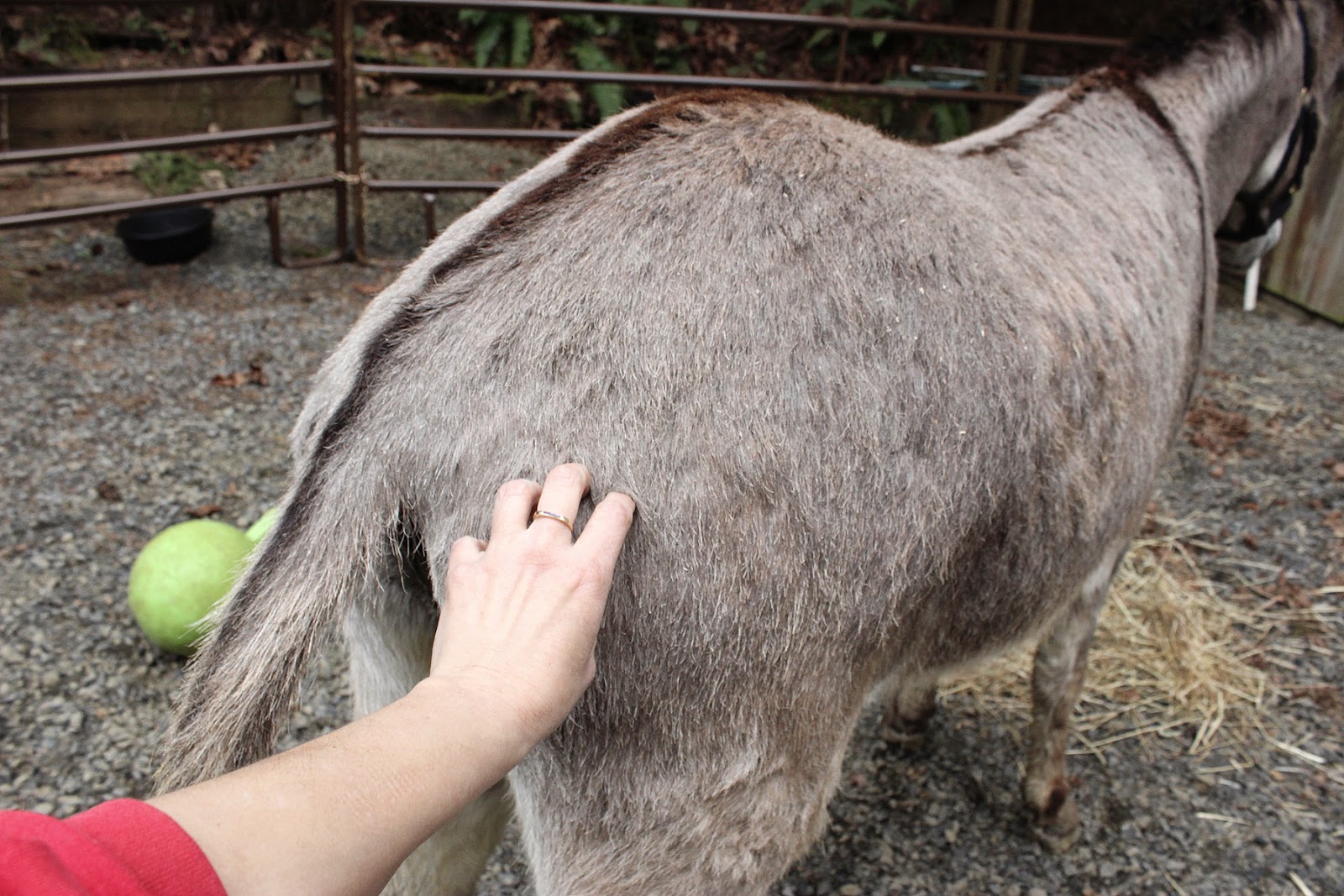