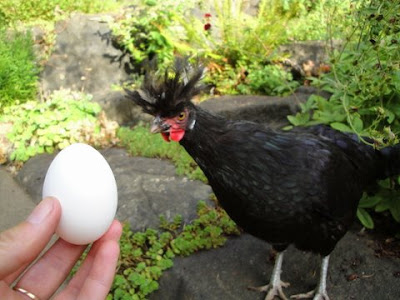 It's almost that time.
The time, that is, when Dottie, my White-Crested Black Polish hen, ceases to lay her pretty white eggs for an extended period of time. We've come to refer to it around here as Dottie's sabbatical. 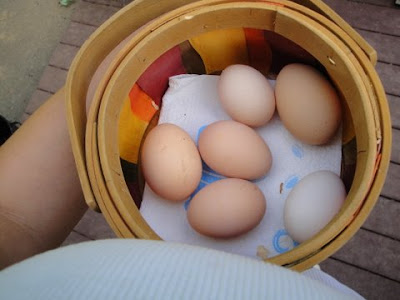 Here are her statistics for anyone nerdy enough to appreciate this sort of thing (I *love* this kind of stuff): 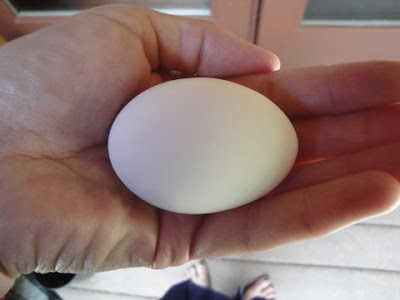 Dottie has a number of unusual (but endearing) qualities that allow me to call her my "odd bird". Among her other idiosyncrasies, lately Dottie has taken to wandering. She goes on excursions far beyond the range of the other hens: 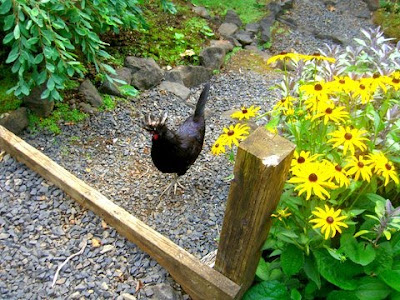 I've begun to find her in very unusual places - last week I saw her run by my bedroom door (pay no attention to the unmade bed inside) on our upper deck. It's no small feat to find one's way up here: 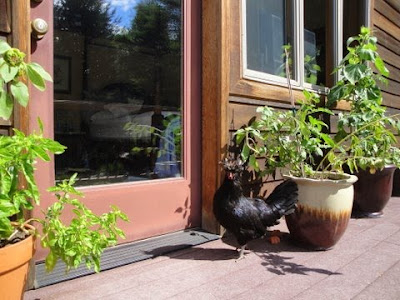 She makes me laugh -literally- every day. She may think I can't see her behind this plant, but she's forgotten to stop chattering. Her endless stream of staccato "hooting" allows me to pinpoint with uncanny accuracy exactly where she is almost every moment: 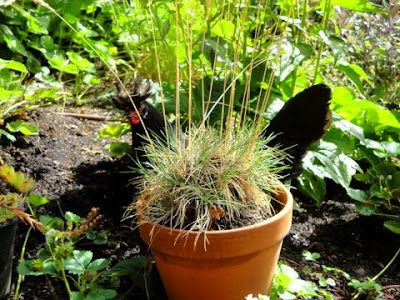 And if she hears my voice, she will come to find me: 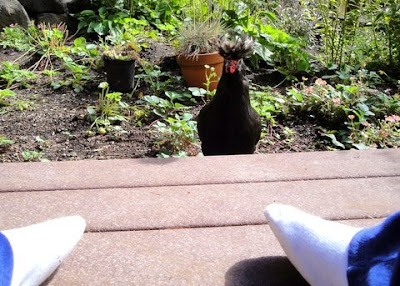 Oh sure, she'll hang with the other chickens when she has to...but you can see her discomfort: 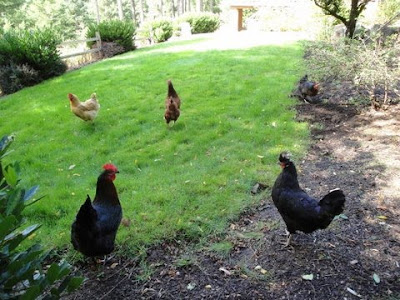 I don't really blame her. It can't be much fun to spend time with girls who like to peck the feathers off your head at night when you sleep.

Although she simply stops laying for the entirety of fall and part of the winter, when she does want to lay... 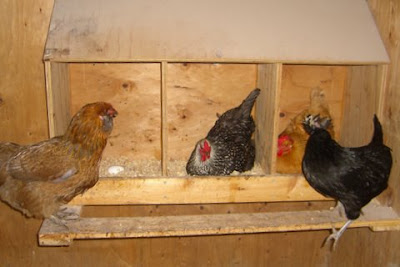 ... everyone needs to stand back, because there is nothing that is going to stop her from laying in the precise location she has chosen: 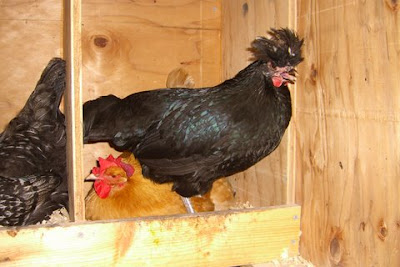 Even if it means someone else is already there: 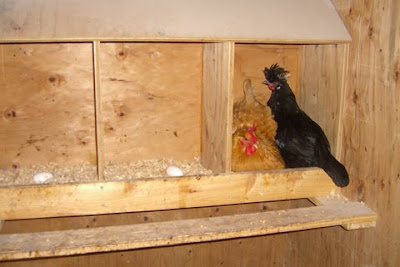 ...and if that someone else won't move: 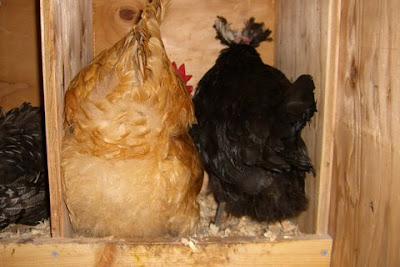 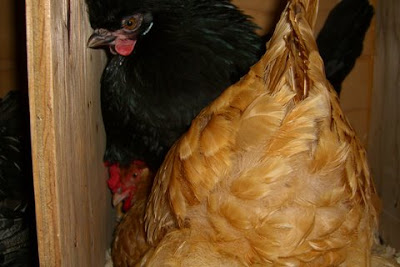 She'll lay her pretty, white egg and move on, leaving the lollygagger still sitting there in stunned silence: 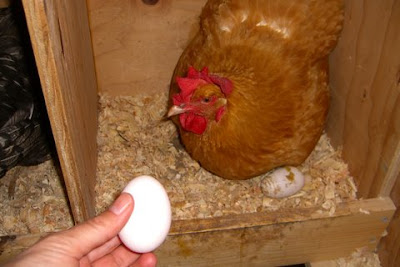 So, let's see... today is the 9th and this egg in my hand below was laid on the 6th...it's entirely possible this is the last Dottie egg of the season as I've not had any since: 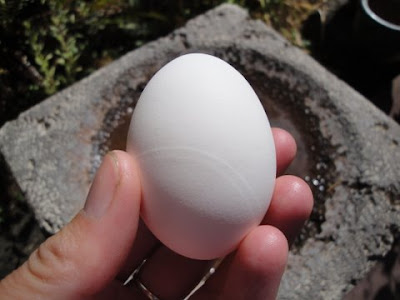 Enjoy your time off, Dottie. You've earned it, you little sweet potato, you. 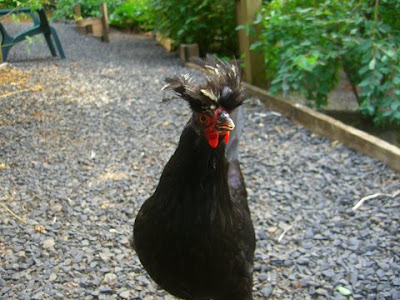 My girl's return to egg laying this year was heralded back in February here: Dottie returns to work
Posted by Danni at 8:30 PM