Here's what I'll be doing tomorrow

This will be the fourth time I have been called for jury duty. The last time I served was about four years ago, when I was picked to sit on the jury of a trial for a man who supposedly stole a claw foot bath tub and then refused to speak in his own defense.

For years, I've not been able to think of jury duty without thinking of the classic, 1957, black and white, Henry Fonda movie, "12 Angry Men": 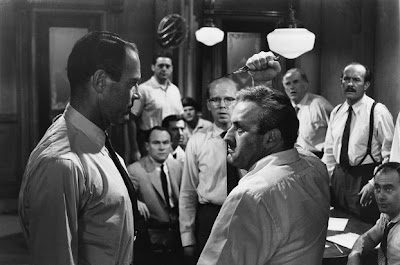 and, since last October, I feel I know this story even better after seeing all five performances of this play when my son, Aidan, played Juror # 10: 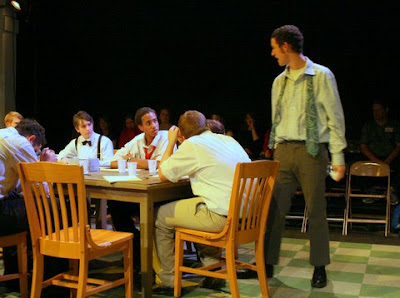 I'm truly hoping my day tomorrow won't be nearly so dramatic. I've had my fill of drama this month already.
Posted by Danni at 3:30 PM