How I know things are finally melting 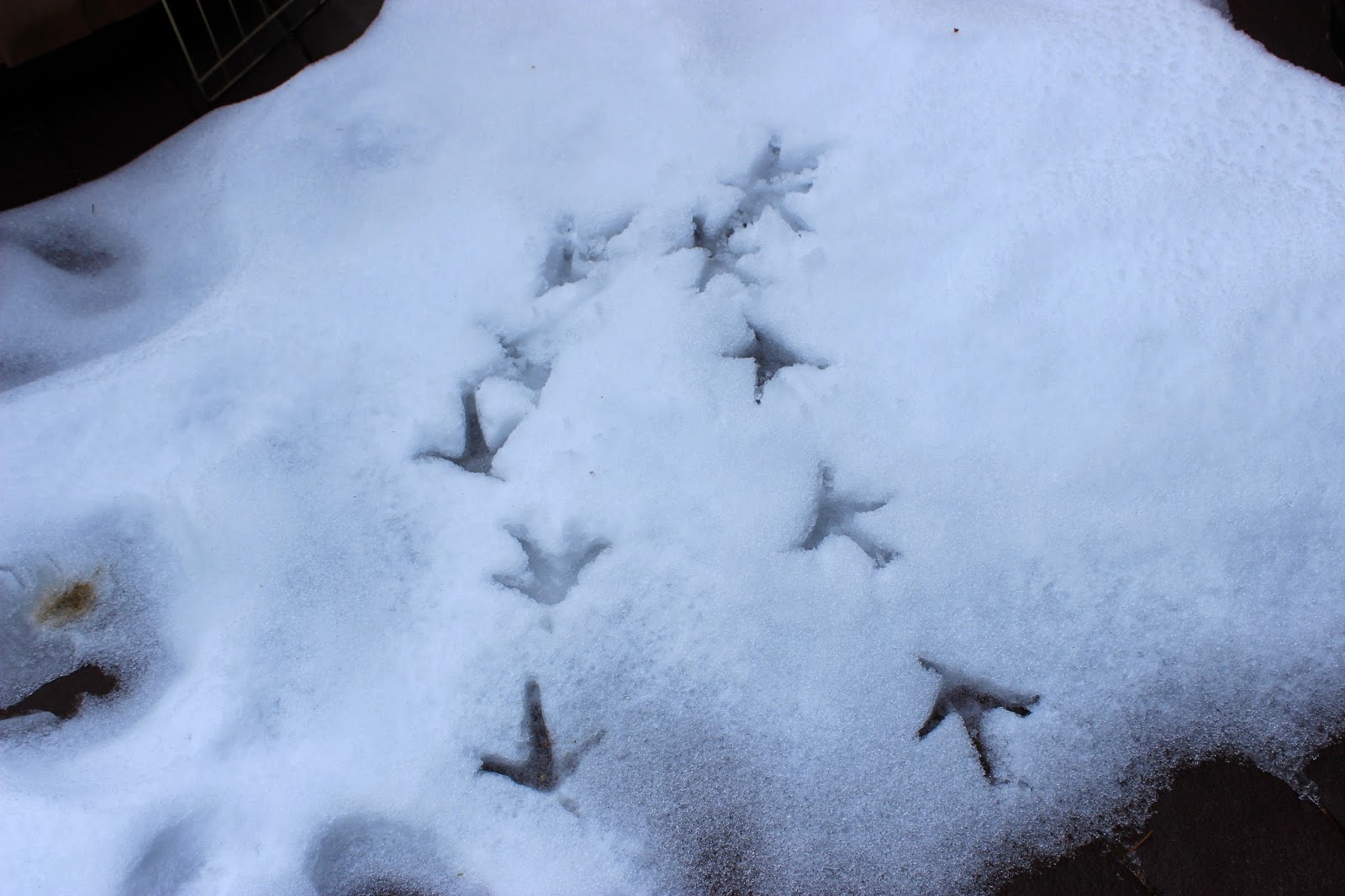 Aside from drippy trees and muddy paths, there are many signs my critters give me to let me know that "the melt" has officially begun. 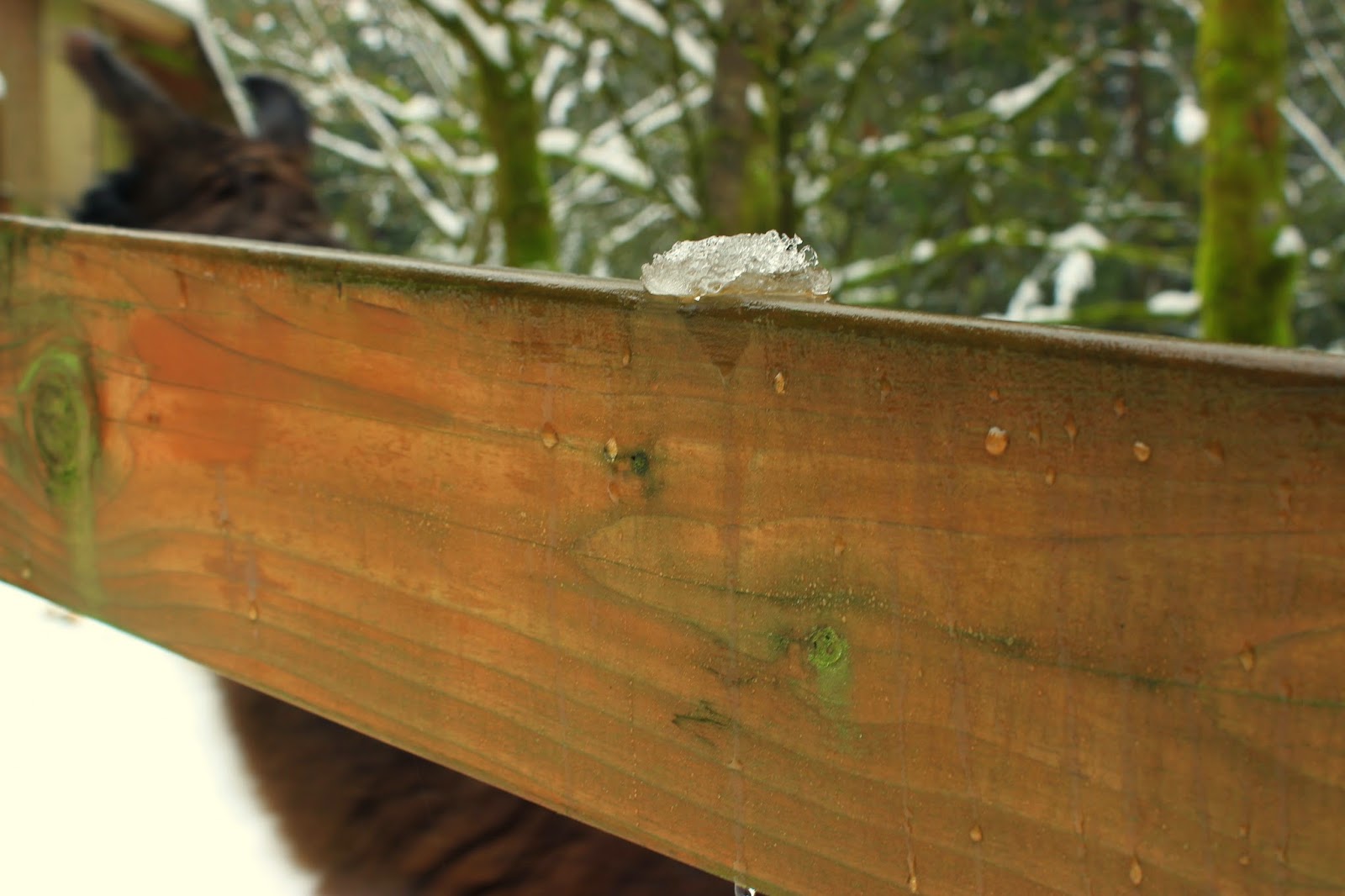 Sure, I could just look at the obvious signs - like dripping fence boards - but I find animal behavior a much more reliable (and enjoyable) indication. 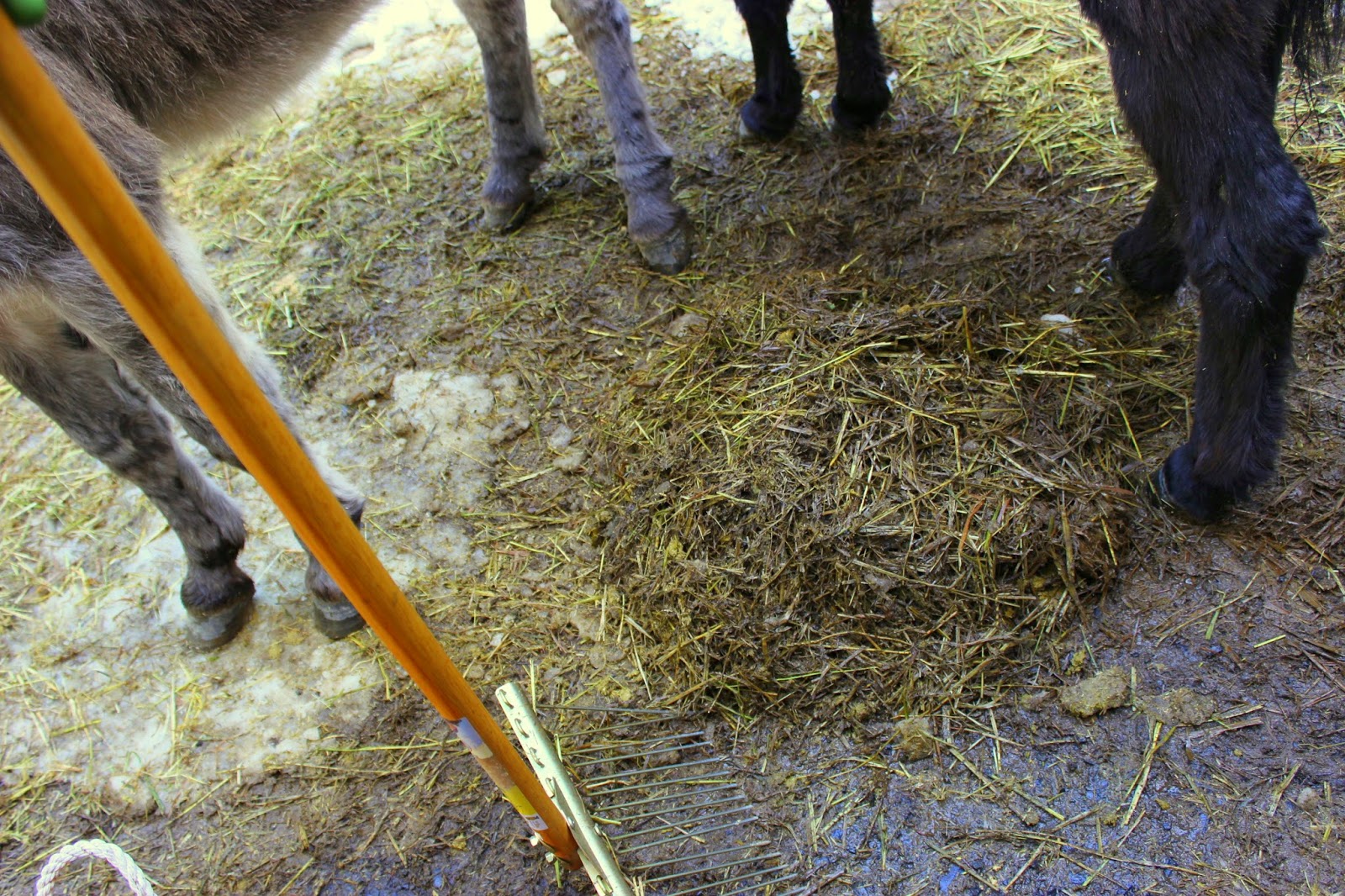 When melting begins for real, Beau and Chester begin to assist with mucking again, instead of hiding in their stall.  One of their favorite mild weather activities is to stand as close to where I am working as possible, barely giving me any space to shovel between their feet.  Of course, they act all like they're not doing anything other than just hanging out, but I know they're secretly messing with me.  I don't mind. 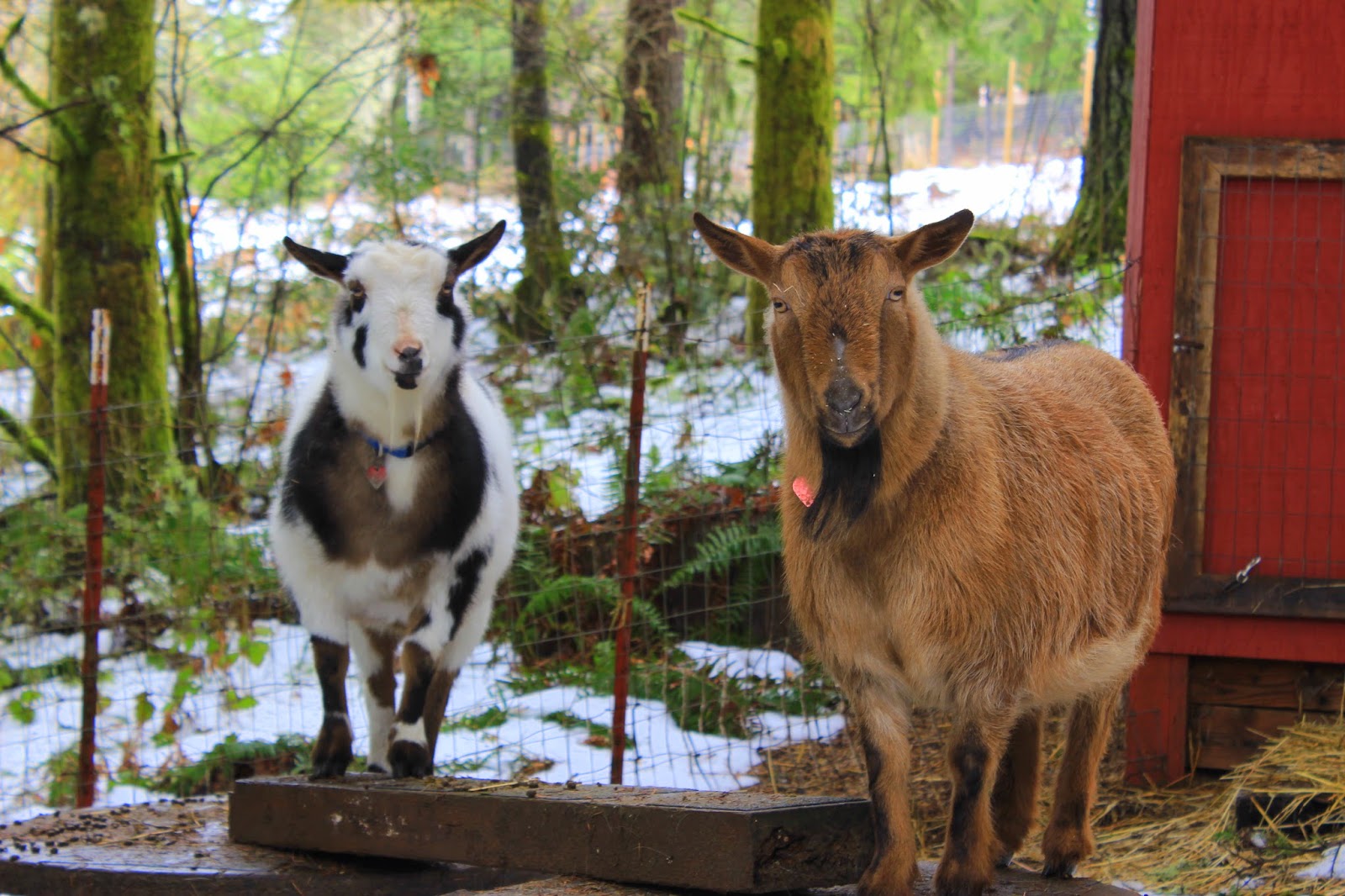 Another indication of the melt is when Pete and Reggie come out from the safety and warmth of their cozy goat house to stand on their look-out towers wooden spools again. 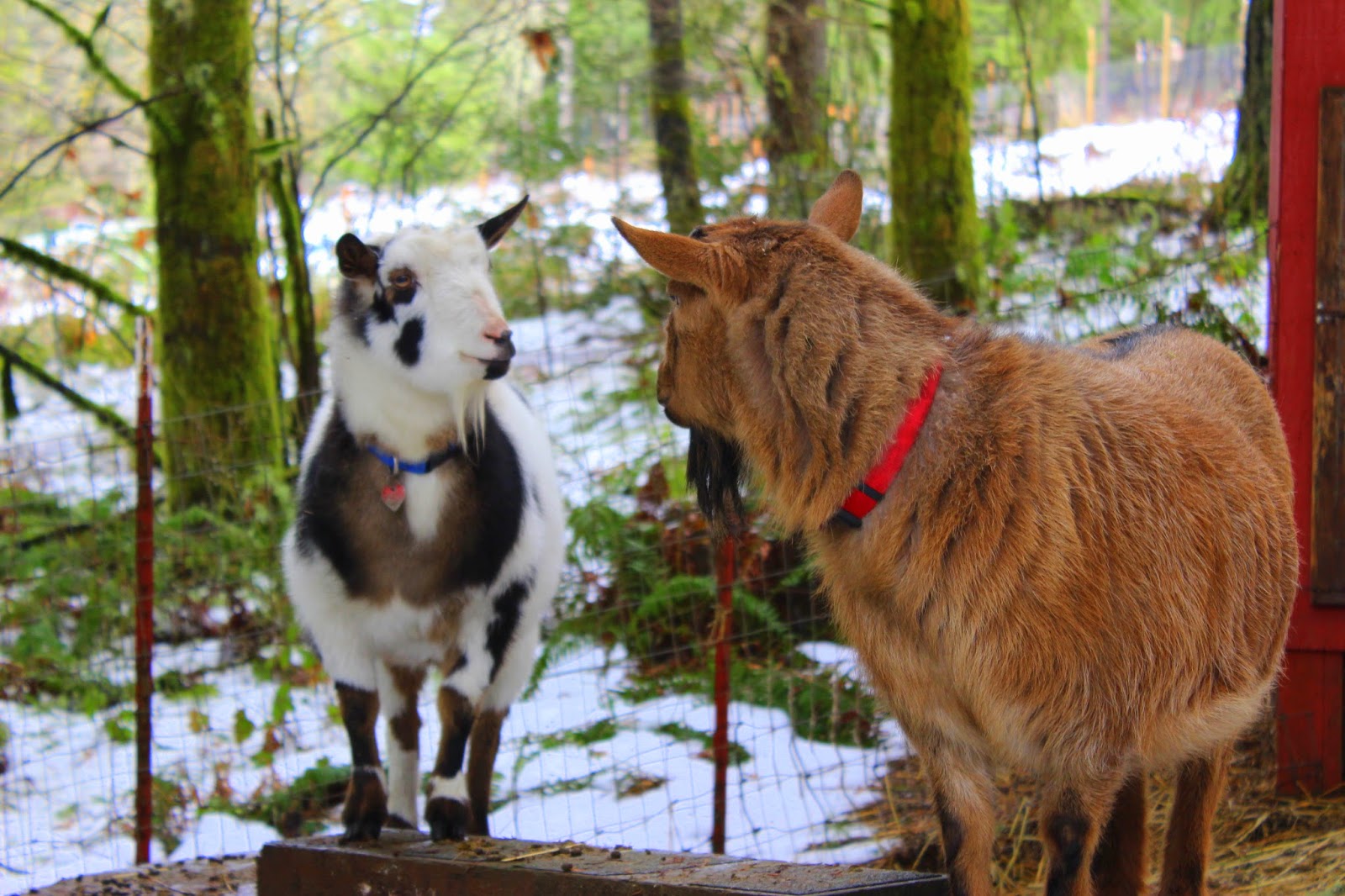 These boys are the proud guard goats of the upper property, where the keep a watchful eye on all the comings and goings occurring in the driveway.  I can tell they are relieved to have returned to duty. 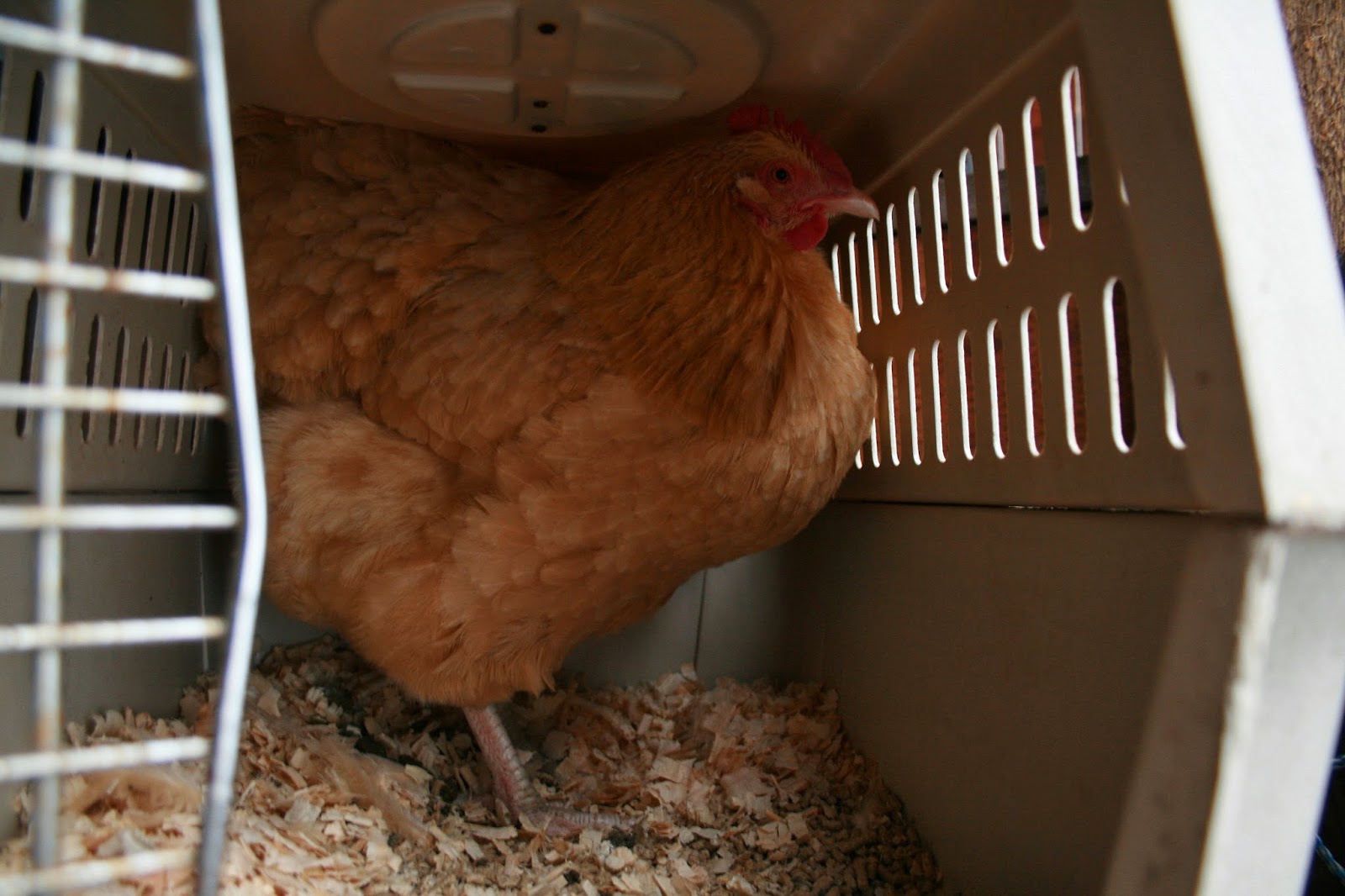 But probably the biggest sign that the melting trend is for real is when Honey (my chicken who left her flock to explore the world as a solitary, free-ranging hen) finally ventures out of her crate on the porch, where she has been under self-imposed house arrest since the snow began.  She does not like snow and she really does not like cold feet.  This girl stays put when it is snowy or below 30 degrees outside. 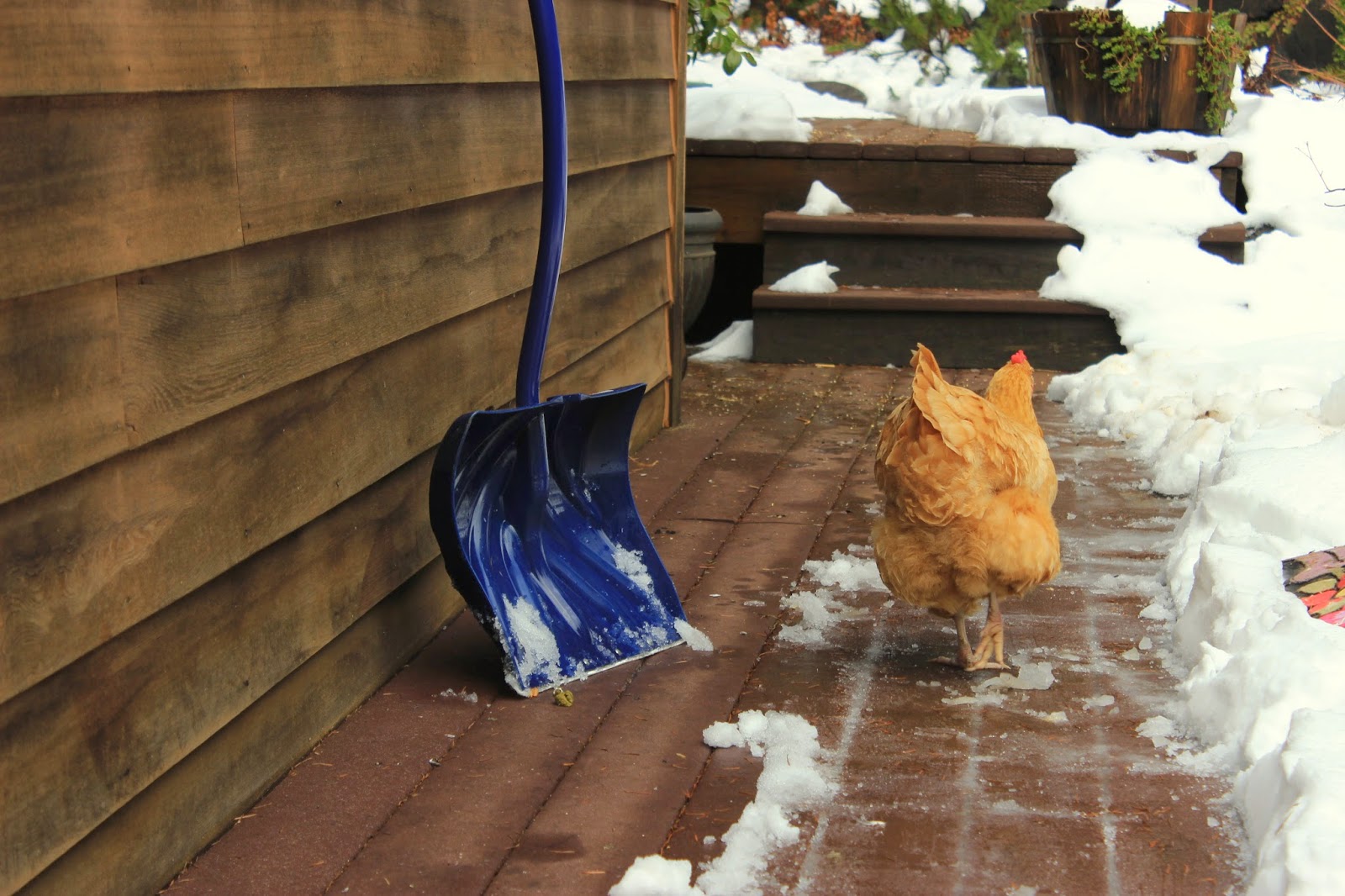 So, you can see why it's a good sign when she starts doing her walk-abouts again. 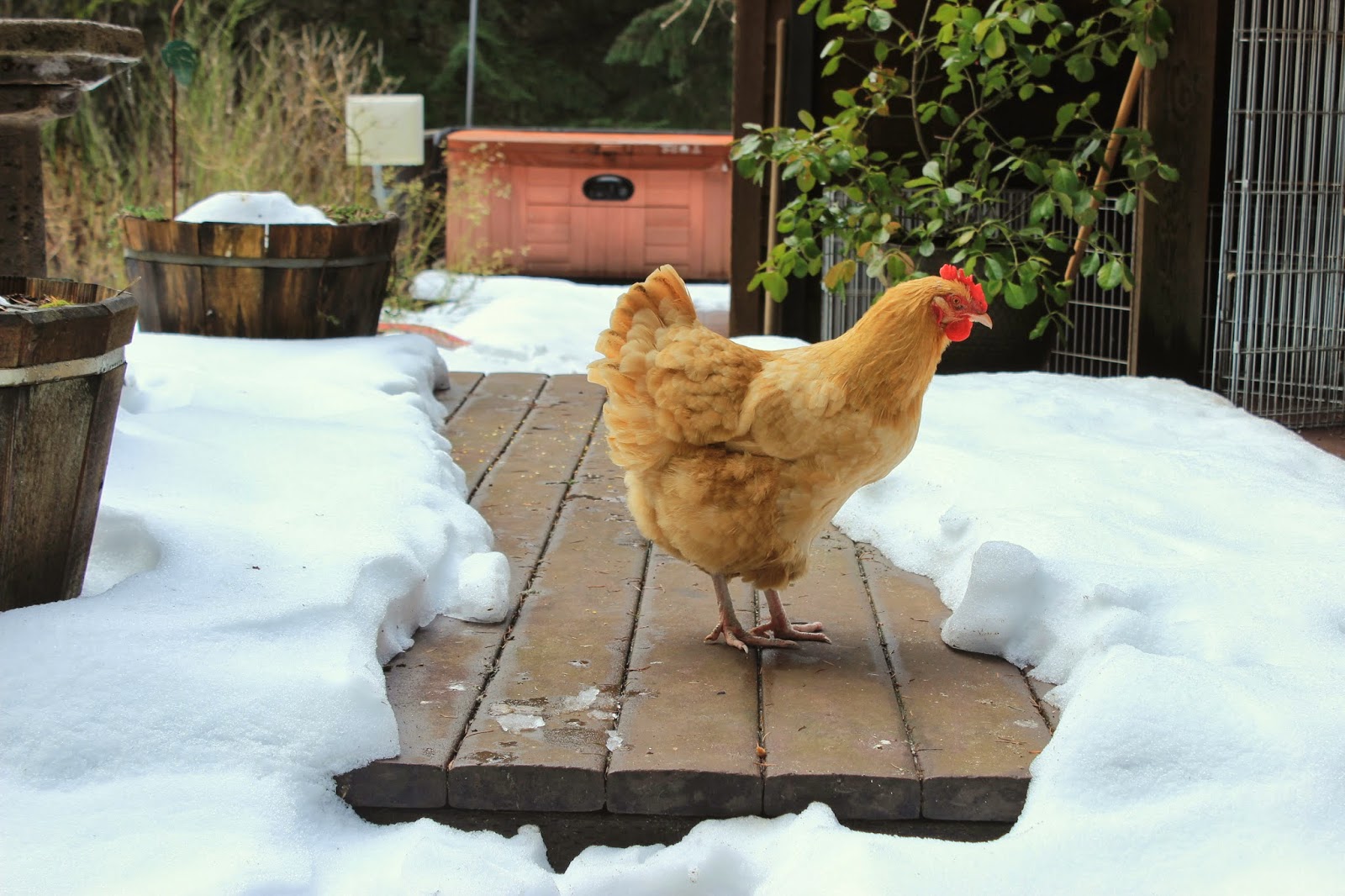 After carefully calculating the danger levels of temperature, snowpack and distance... 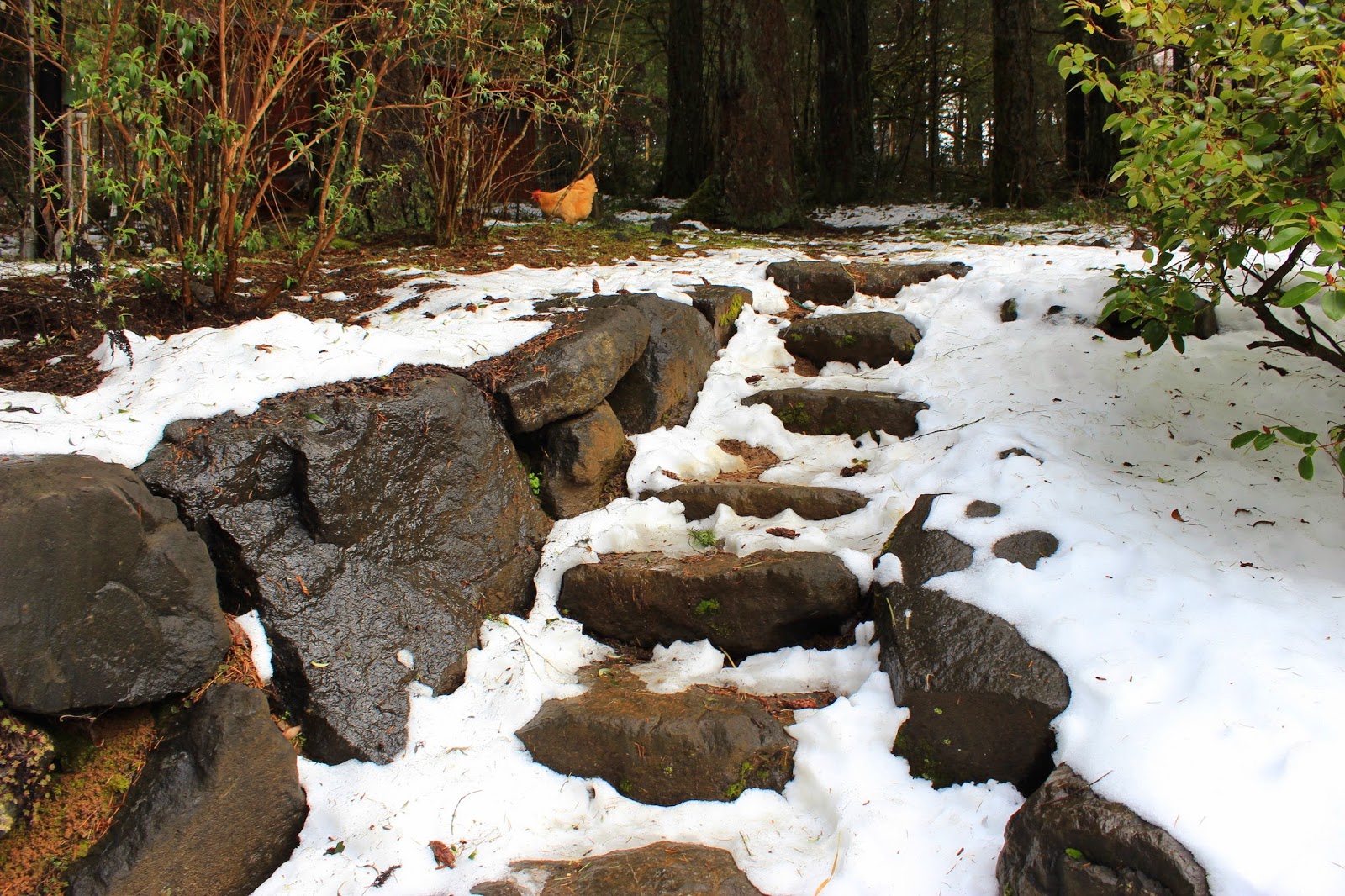 Honey ventured the farthest she had in over a week - all the way to the goat house, where she scratched and pecked and clucked happily, finding her first juicy bugs and worms in days. 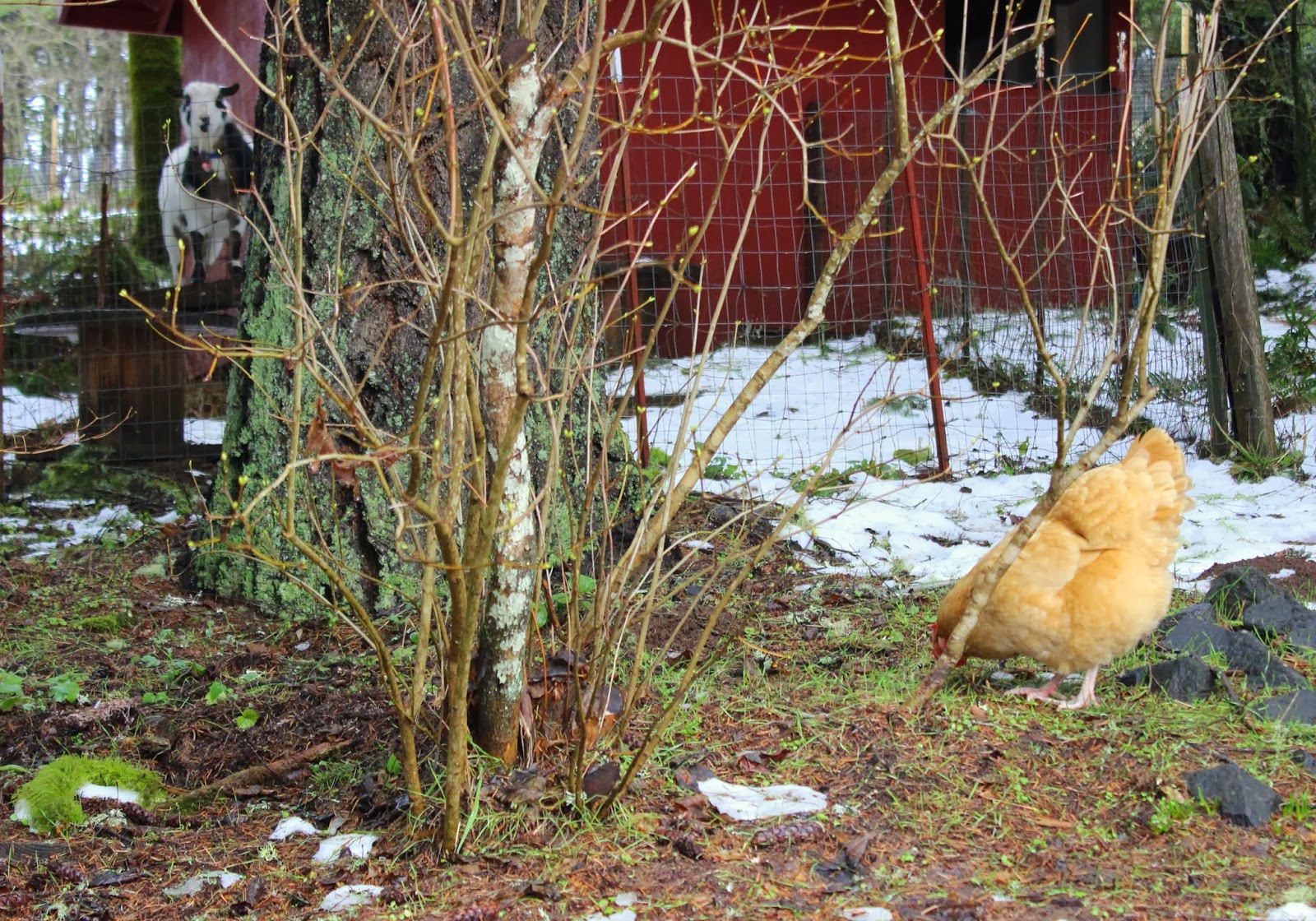 Of course, Reggie was at his post and alerted the neighborhood accordingly.


Tomorrow:  Rumors are flying in the chicken coop!