Let's talk about how smart donkeys are 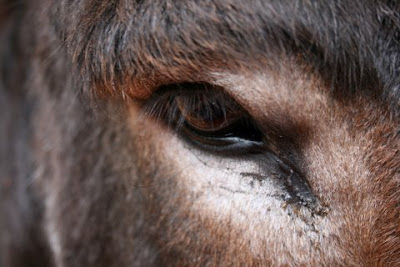 Are some of you wondering how Pistol is doing since his donkey pals, Ian and Brownie, were adopted?

The day that Ian and Brownie were picked up wasn't just rough on me, it hit Pistol pretty hard, too. I witnessed something with him that afternoon I never would have believed had I not seen it personally.

Seconds after Mary's big diesel truck, carrying Brownie and Ian, pulled out of my barn driveway and started to drive down the road, I went into the barn to let Pistol out of his stall and into the pasture.

He walked slowly out of his stall, walked through the gate and into the pasture and just stood there for a moment, as if assessing:

And then he started off down the hill: 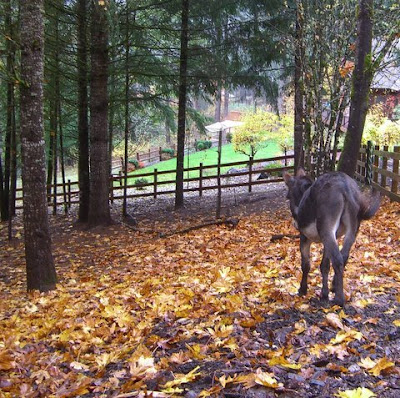 Slowly at first, then he broke into a run: 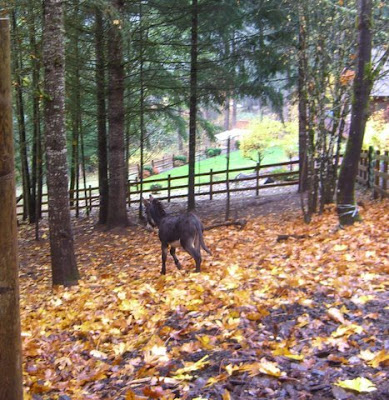 ...until he reached the bottom of the hill. The way our property is situated, the road that took Brownie and Ian away winds along two sides of our property. As I stood there wondering what the heck he was doing, it dawned on me that Pistol was running after the sound of the truck engine - and his pals! He had watched from his stall as they were loaded into the truck and was now following the truck as it wound its way down the road on the other side of our property. Can you see him down there?: 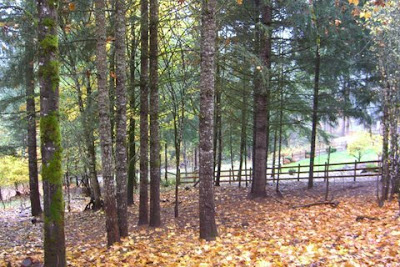 How about now, when I enlarge it a bit: 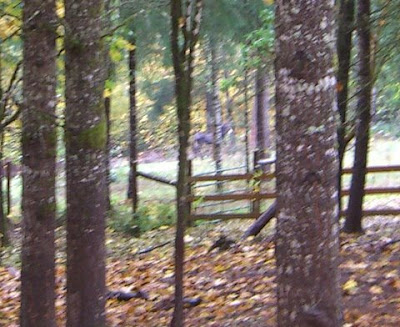 He ran as far as he could go, then stood there for the longest time, looking in the direction that the diesel truck had driven. He let out the most plaintiff bray. Nothing I did could distract him from his post. He just wanted to stand there, watching and listening, even long after the engine noise had disappeared: 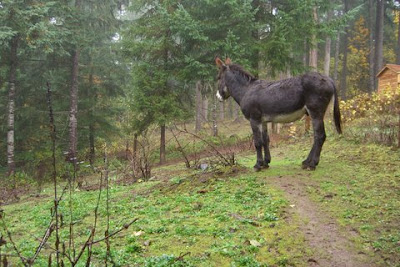 Donkeys aren't meant to be alone. They have an incredible need to be with others of their kind. While we humans might like to think our company is all they really require, I believe donkeys become sad and confused when their number dwindles to one.

Once the boys were truly gone, and Pistol gave up his fence-staring vigil, he started following me everywhere I went. This is not usual behavior for him. He would have even walked into the chicken coop with me if I had let him: 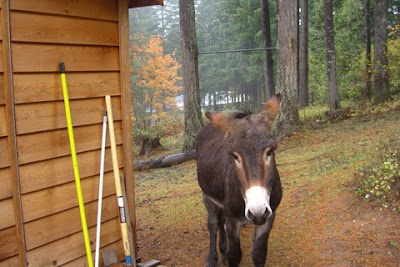 If I walked outside to see him, he'd hurry over to see me: 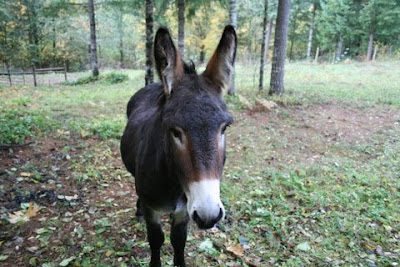 If I walked away, he'd be right behind me: 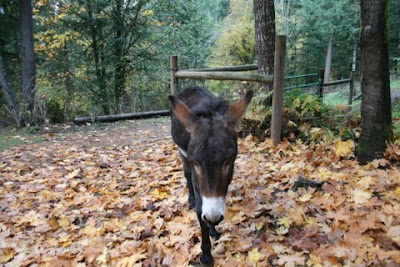 Yet every time he heard an unusual noise or saw a movement out of the corner of his eye, he would stop and stare: 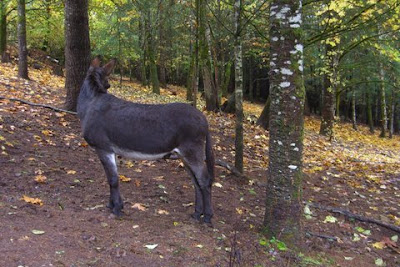 This isn't the stance of a cautious donkey who just heard something, this is the stance of a donkey hoping he's merely overlooked his pals, who've really come back and are over there behind those trees: 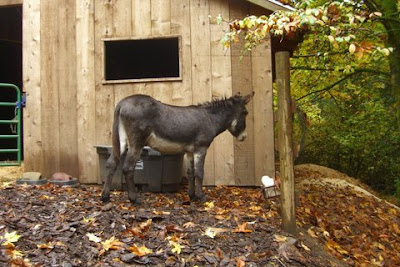 Dinnertime used to be so much noisier: 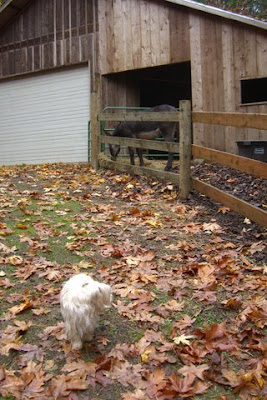 Fortunately, there's hope for my big guy. He won't be alone for long. 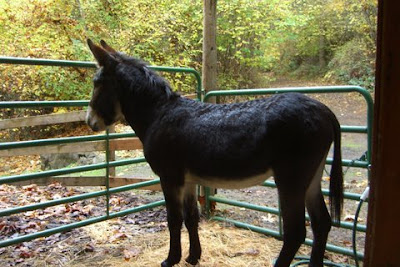