Baking bread in the snow 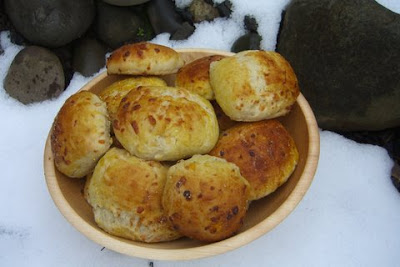 Since it's now February, silly northwest Oregonian that I am, I thought that the wicked wintry weather was behind us. Yet, on the day that I planned to prune my apple tree: 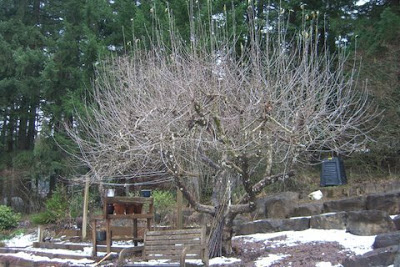 ...this is what I saw when I looked outside: 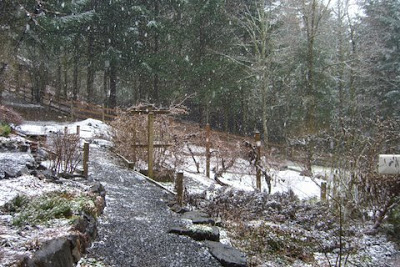 And it kept coming down, all day long: 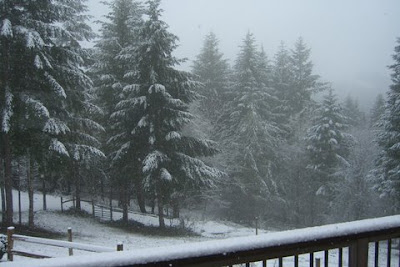 So I amended my plan of the day and decided, instead, to do something with all the various ingredients that had begun to gather on my counter: 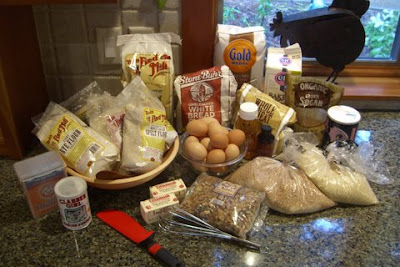 I've had enough of sourdough experimentation for a while and have recently become interested in baking with different types of flour: 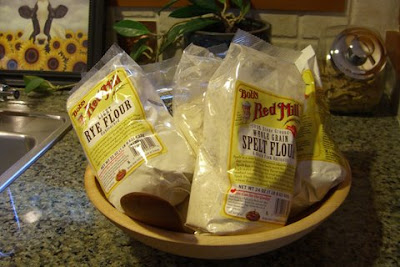 I found a recipe on the Bob's Red Mill site that intrigued me: Gruyere Rye Buns. I'm not a fan of caraway seeds and most of the rye bread I've seen has this in it, so I loved that this recipe gives me the opportunity to experiment with rye flour without that nasty seed getting in the way.

I've included the recipe for these buns is at the end of this post - these were very fun to make!

Bread with cheese is wonderful. I've rarely met a cheese I didn't like. Gruyere is yummy: 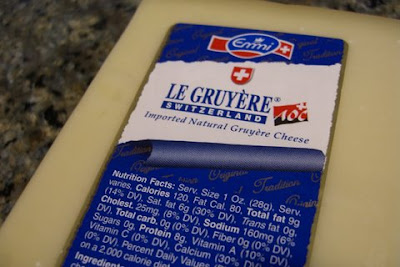 The dough remained very sticky and was a bit awkward to work with: 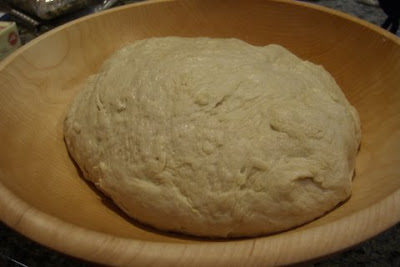 But it rose beautifully in my pretty wooden bread bowl: 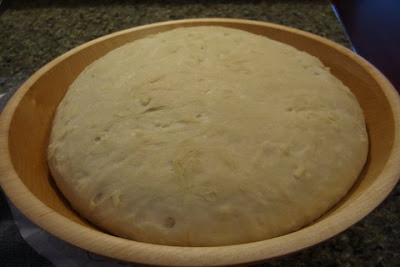 The tops of the buns were brushed with olive oil and egg yolk before baking: 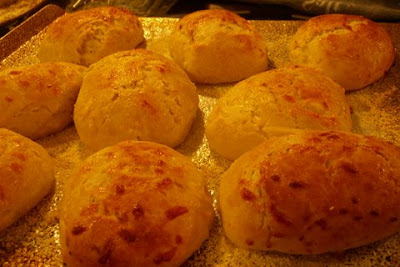 A few of the tops got a bit browner than I would have liked, but the flavor is delicious and the texture moist and light: 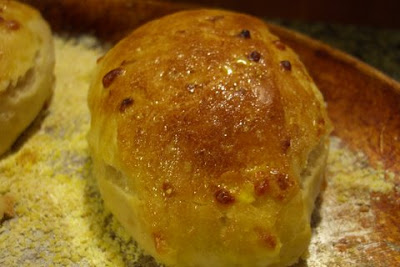 Because this recipe calls for a mix of rye and white flour, the rye flavor in these buns is extremely mild. It is a nice change from traditional wheat flour: 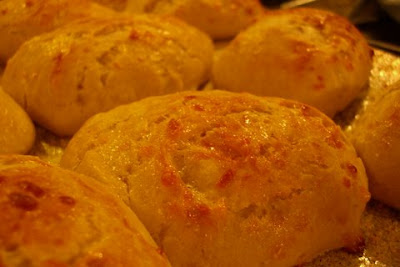 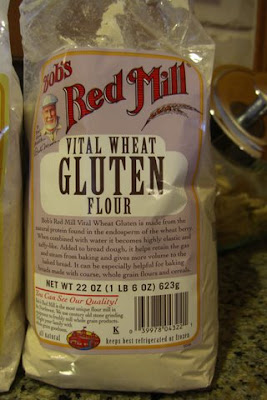 Gradually add flour, 1/4 cup at a time, until the dough begins to pull away from the sides of the boil. Turn the dough out onto a floured work surface and knead, adding flour a little at a time, until you have a smooth, elastic dough.

Put the dough into an oiled bowl; turn to coat the entire ball with oil. Cover with a tightly woven towel and let rise until doubled, about one hour.

Turn the dough out onto a lightly oiled work surface. Sprinkle remaining 1 cup cheese over the dough. Knead the cheese into the dough slightly – there should be large streaks of cheese visible in the dough. Cover with a towel and let rest on the work surface for 5 minutes.

Divide the dough in half and shape each half into a 24" long rope. Cut each rope into 10 equal pieces. Place buns 3" apart on prepared baking sheets. Flatten the tops so they’re about 2" high; cover and let rise for 45 minutes.

About 10 minutes before baking, preheat the oven to 400°F.

Just before baking beat egg yolks with olive oil and brush over the tops and sides of the buns. Bake for 15 minutes, or until the internal temperature of the buns reaches 190°. Immediately remove from baking sheets and cool on a rack.